U.N. allows Palestinians to act more like full member in 2019 UNITED NATIONS (Reuters) – The 193-member United Nations General Assembly on Tuesday allowed the Palestinians to act more like a full U.N. member state during meetings in 2019 when they will chair the group of 77 developing nations. 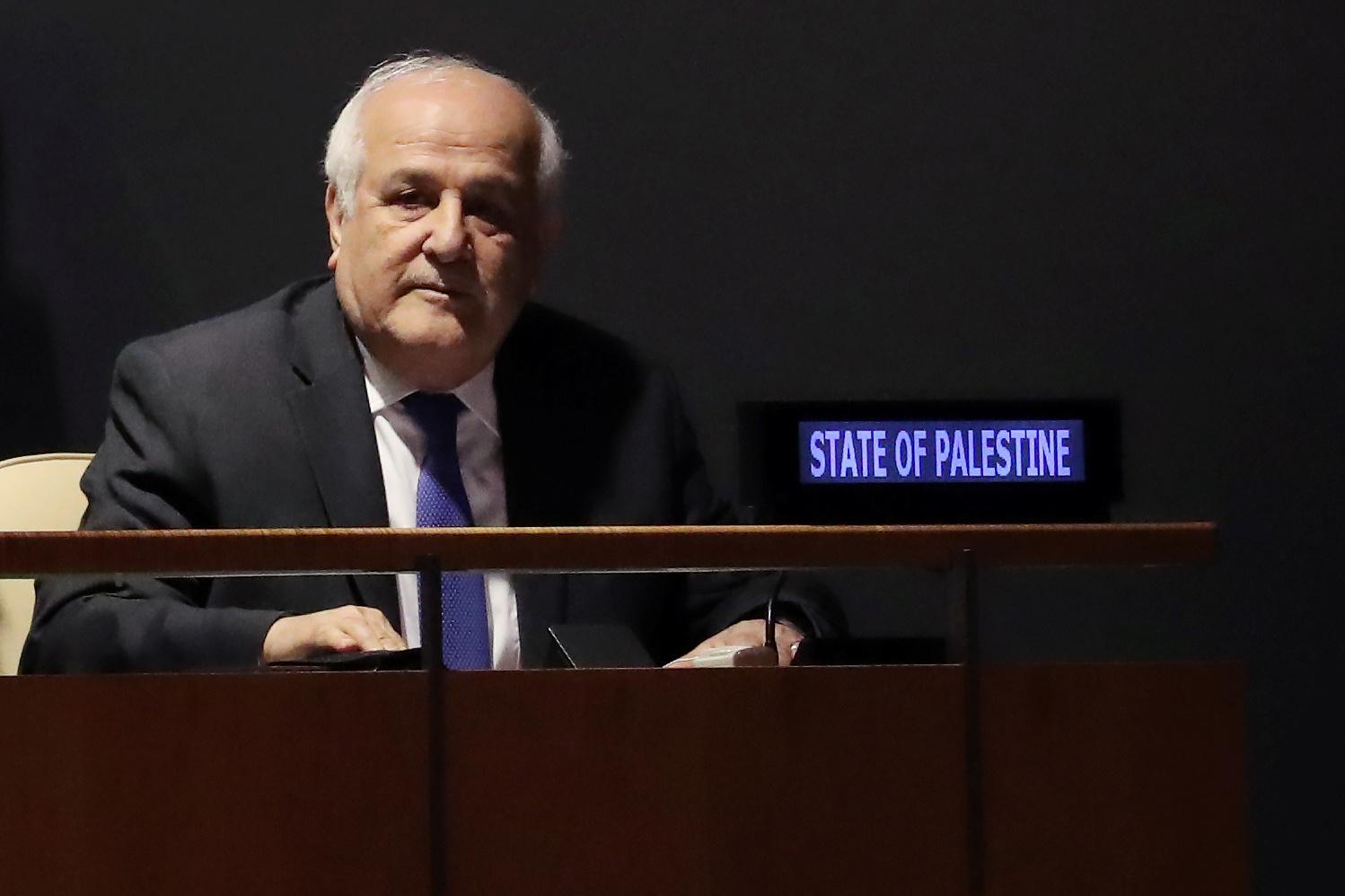 The United States, Israel and Australia voted against the move, which won 146 votes in favor. There were 15 abstentions and 29 countries didn’t vote. 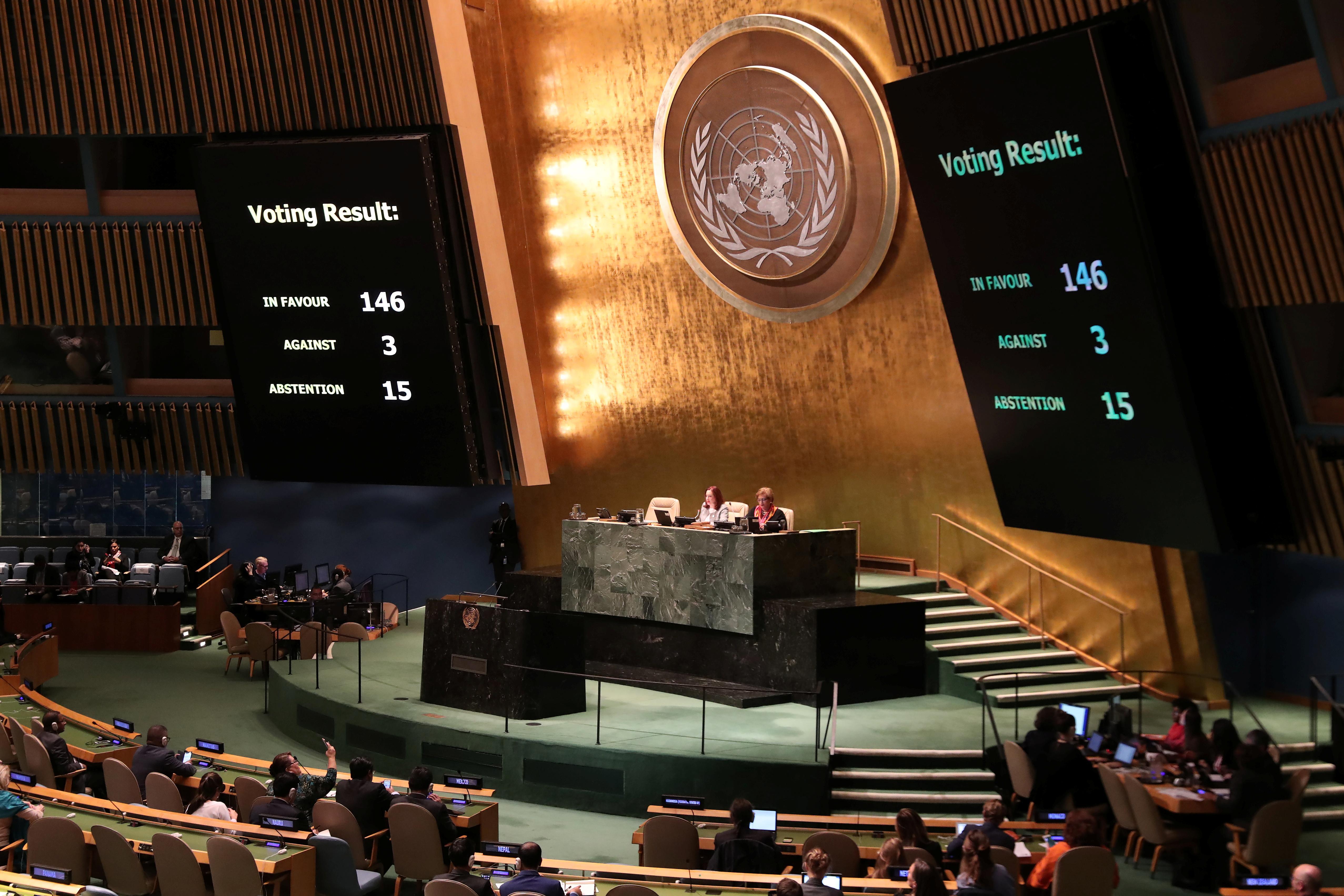 “We cannot support efforts by the Palestinians to enhance their status outside of direct negotiations. The United States does not recognize that there is a Palestinian state,” U.S. Deputy U.N. Ambassador Jonathan Cohen told the General Assembly.

The Palestinians want to establish a state in the West Bank and the Gaza Strip and East Jerusalem. Israel captured those territories in the 1967 Middle East war and annexed East Jerusalem in a move not recognized internationally.

“We strongly oppose the Palestinians’ election as chair of the G77 as well as this so-called enabling resolution,” he said. “Only U.N. member states should be entitled to speak and act on behalf of major groups of states at the United Nations.” 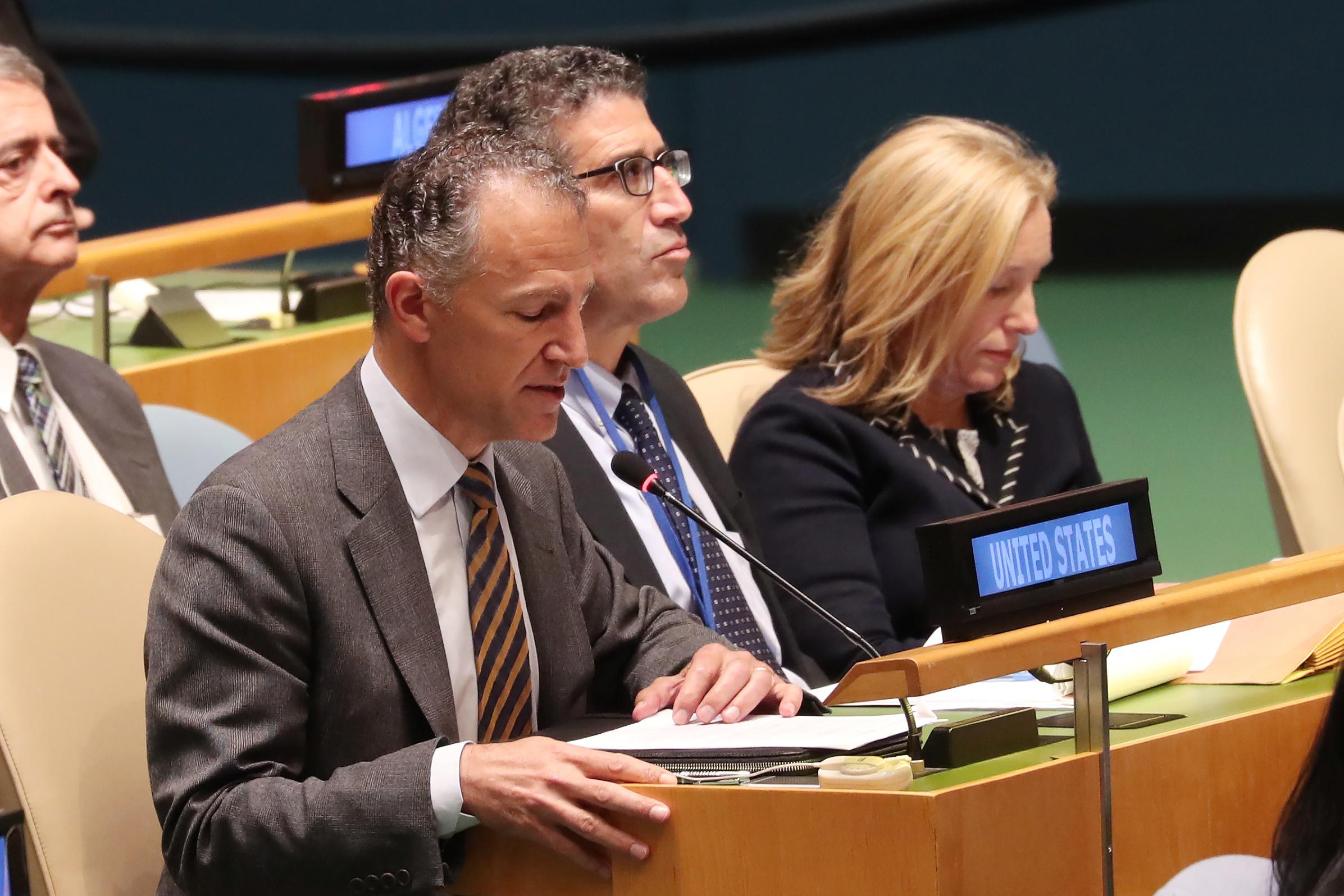 In 2012, the U.N. General Assembly overwhelmingly approved the de facto recognition of the sovereign state of Palestine when it upgraded the Palestinian Authority’s U.N. observer status to non-member state – like the Vatican – from entity.

The status upgrade has allowed them to participate in some General Assembly votes and join some international bodies. However, as a non-member state the Palestinians cannot speak in meetings until after member states, diplomats said.

The Egyptian-drafted resolution allows them to procedurally operate like a member state when acting on behalf of the G77 and China – making statements, submitting and co-sponsoring proposals and amendments, giving rights of reply and raising points of order.

“Australia’s decision to vote no on this resolution reflects our long-standing position that Palestinian attempts to seek recognition as a state in international fora are deeply unhelpful to efforts toward a two-state solution,” Australian U.N. Ambassador Gillian Bird told the General Assembly.