ISTANBUL/MANBIJ, Syria (Reuters) – Turkish and U.S. troops began joint patrols in northern Syria on Thursday aimed at averting clashes between Turkey and Washington’s Kurdish allies, but Turkey pressed on with a new threatened offensive nearby to crush the Kurds. 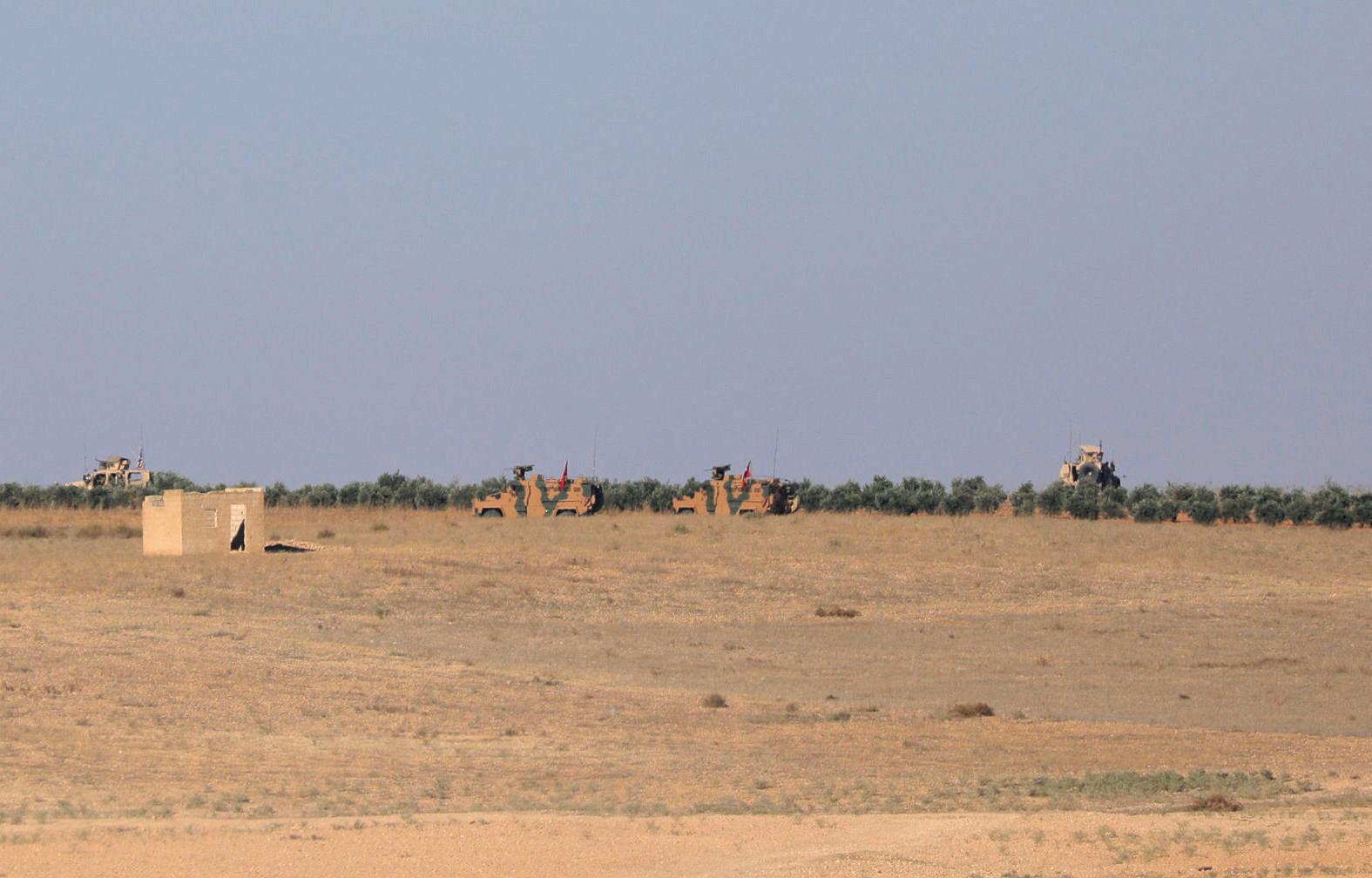 Turkish military advances into northern Syria over the past two years have put U.S. forces directly in the path of advancing troops from Turkey, Washington’s main Muslim NATO ally.

The two countries have been working to avert direct confrontation, even as Turkey aims to crush the Kurdish YPG militia. The YPG forms the main part of the Syrian Democratic Forces (SDF) that Washington backs with arms, air support and around 2,000 special forces troops on the ground in the fight against Islamic State.

To avert more fighting, the United States and Turkey agreed three months ago to hold joint patrols around the town of Manbij on the west bank of the Euphrates, under a deal that also saw Kurdish fighters withdraw from the city.

But even as the joint patrols were due to begin this week, Turkey announced a new offensive against the Kurds on the opposite bank of the river, into territory where the SDF has U.S. troop support.

Turkey’s defense minister and the U.S.-led military coalition in Syria confirmed the start of the patrols in Manbij, about 30 km (19 miles) from the Turkish border, on Thursday. Previously, U.S. and Turkish forces have held coordinated but separate patrols there.

A Reuters journalist saw a convoy of six military vehicles, some flying the U.S. flag and others flying the Turkish flag, driving on Thursday about 20 km from Manbij city.

The patrols are taking place along the dividing line between territory controlled by the SDF-allied Manbij Military Council and a Turkish-controlled area in northern Syria.

However, the U.S.-Turkish cooperation in Manbij does not seem to have succeeded in averting what would be the first Turkish offensive across the Euphrates.

Turkey has been firing across the border for five days in preparation for what President Tayyip Erdogan says will be an offensive soon to crush the Kurdish forces along the breadth of the Turkish frontier.

SDF SUSPENDS CAMPAIGN AGAINST IS

The Syrian Observatory for Human Rights monitoring group and SDF spokesman Kino Gabriel said Turkish forces shelled and fired on an area near the Syrian town of Tel Abyad on the Turkish border. They said one girl died after being hit.

On Wednesday, the SDF said the Turkish attacks had forced it to suspend its U.S.-backed campaign against Islamic State near the Iraqi border.

On Thursday, the U.S.-led coalition spokesman Colonel Sean Ryan told Reuters in emailed comments that the suspension was still in place while talks continue.

U.S. Central Command, which is in charge of American military forces in the region, issued a statement late on Thursday urging “all parties to show restraint to de-escalate the current situation and ensure maximum pressure continues” against Islamic State.

In the multi-sided conflict, Islamic State fighters have been driven from nearly all of the self-proclaimed “caliphate” they controlled in Syria and Iraq by a range of foes including the U.S.-led coalition, the Iraqi government, the Russian-backed Syrian government and Iran-backed Shi’ite paramilitaries.

However, last week Islamic State fighters launched one of their deadliest attacks this year against the SDF. The SDF says it lost 14 fighters; the Observatory says the death toll was much higher.

Over the past two years, Turkish forces have already swept into Syria to push YPG fighters out of territory west of the Euphrates in two separate military campaigns.

Past offensives halted at the banks of the river, in part to avoid direct confrontation with the United States.

U.S. relations with Turkey, one of its closest allies in the Middle East for decades, have been strained almost to breaking point in recent months by differences over Syria and a range of other issues.