ISTANBUL (Reuters) – Visitors to Turkey flocked to its high-end shops to snap up bargains on Monday, their purchasing power buoyed by a currency crisis as the country’s lira sank to a record low beyond 7 per dollar.

Barely moving lines of mainly Arab tourists snaked outside the Chanel and Louis Vuitton stores in Nisantasi, an upscale Istanbul neighborhood, waiting to reap the benefits of a meltdown that saw the currency lose 18 percent on Friday alone.

Tourists line up to enter at a Louis Vuitton store in Istanbul, Turkey August 13, 2018. REUTERS/Murad Sezer

Like many of her fellow shoppers, Ali brought her suitcases along to fill up. She stood outside a makeup store holding three.

The lira has lost more than 40 percent against the dollar this year, amid worries about President Tayyip Erdogan’s influence over the economy, his repeated calls for lower interest rates, and worsening ties with the United States.

Erdogan has also urged Turks to extend their hospitality to tourists, who were bringing dollars into the country at a critical time.

“You are already very hospitable but keep that up and extend it. Because at a time when some people are taking out dollars, they are bringing it to you,” he told a crowd of supporters at the weekend. 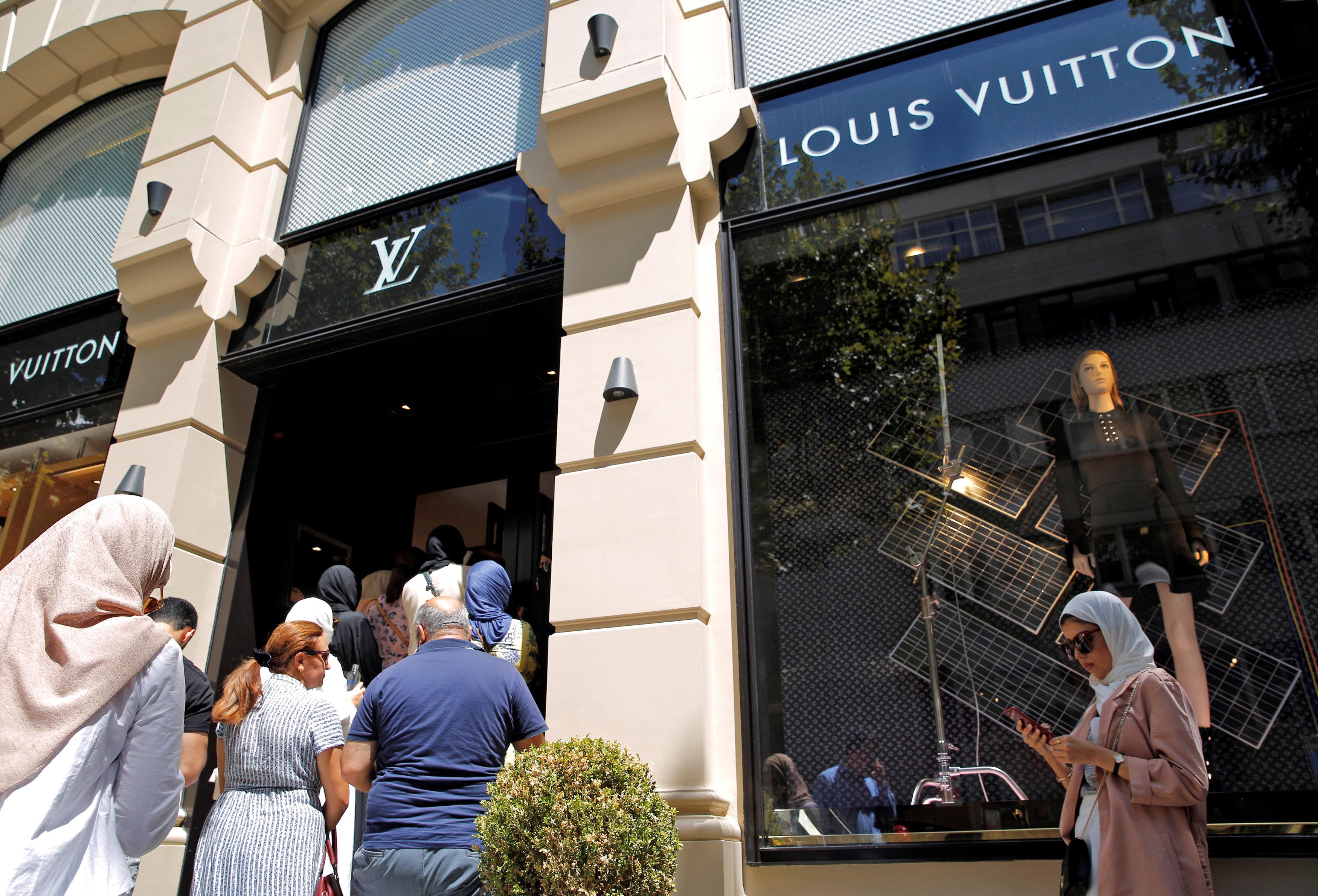 Portraying the lira weakness a plot, Erdogan has repeatedly called on Turks to sell their dollars to shore the local currency up.

An employee at an upscale clothing store who declined to give his name said the amount of shoppers was unusual even in high season, attributing it to the lira’s fall.

One Egyptian shopper estimated he had saved about $1,000 in comparison to buying the same gifts and clothes at home.

“We hope that the currency, for Turkey’s sake, becomes better,” said another, Khalid al-Fahad from Kuwait.

“And at the same time we hope for the sake of customers here that the lira remains as is.”