SEOUL (Reuters) – A third summit of Korean leaders planned for next month will be a further step toward denuclearization of the peninsula and a peace treaty to end the Korean War, South Korea’s President Moon Jae-in said on Wednesday.

North Korean leader Kim Jong Un vowed to work toward denuclearization at a landmark summit in Singapore with U.S. President Donald Trump in June, but the two countries have since struggled to agree on how to reach that goal.

Advancement in ties between North and South Korea is the “driving force” behind denuclearisation, Moon said in a speech, lauding Monday’s pact for next month’s summit in Pyongyang, the North’s capital.

The two leaders will “take an audacious step to proceed toward the declaration of an end to the Korean War and the signing of a peace treaty as well as the complete denuclearization of the Korean peninsula,” Moon added.

The neighbors remain technically in a state of war since the Korean War of 1950 to 1953 ended in a truce rather than a peace treaty.

Moon said he hoped for speedy progress in talks between the United States and North Korea, with steps by Pyongyang to abandon its nuclear programs matched by “corresponding comprehensive measures” from Washington.

“When the deep-rooted distrust between the two Koreas and between the North and the United States is lifted, the mutual agreement can be implemented,” he said on the peninsula’s 73rd anniversary of liberation from Japanese rule, which lasted from 1910 to 1945. 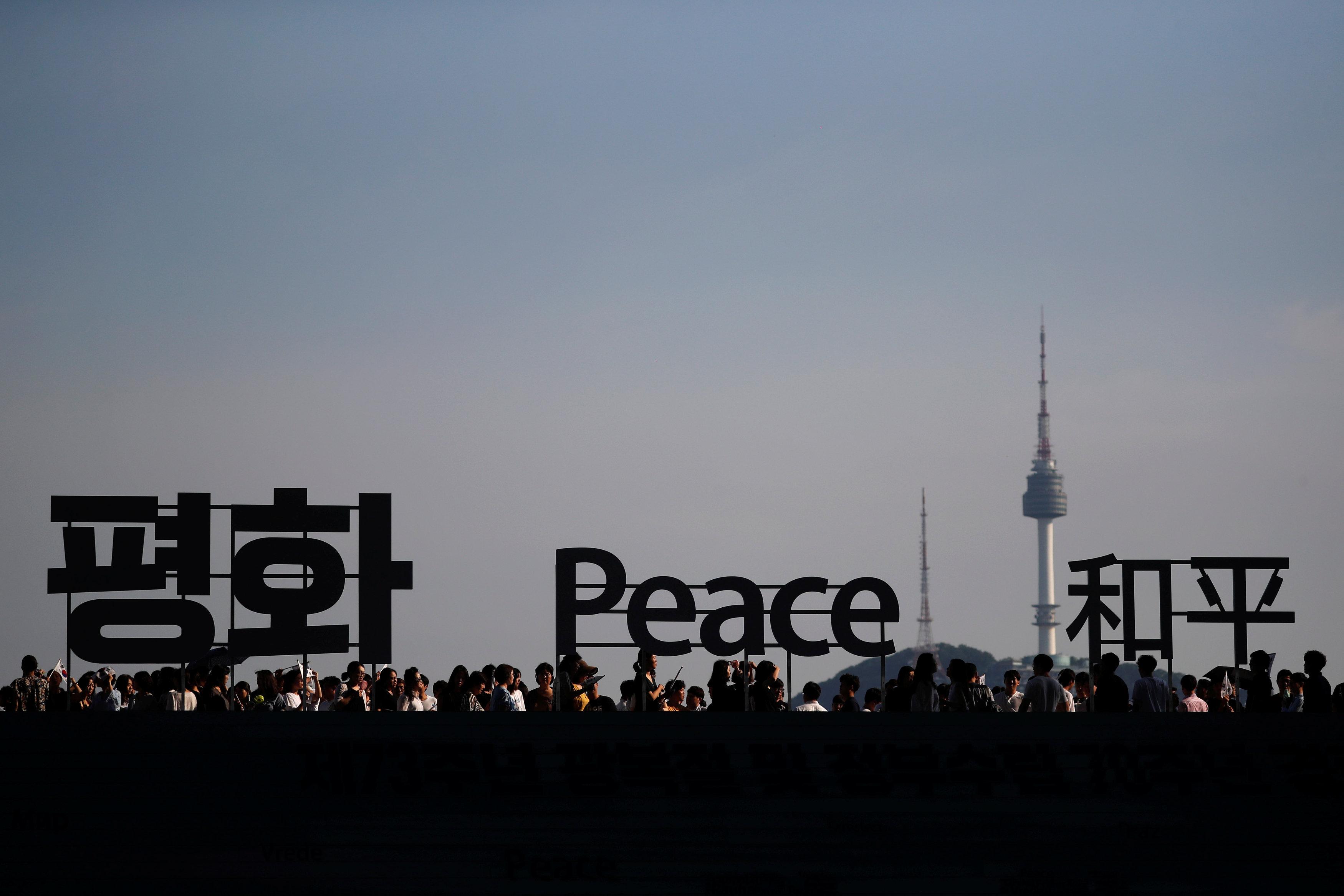 During their first summit in April, Moon and Kim had agreed to push for an end to the Korean War together with the United States this year, but Washington has said its focus is on denuclearisation, although Trump in Singapore had promised security guarantees for the North.

“When peace is established on the Korean peninsula along with complete denuclearisation, economic cooperation can be carried out in earnest,” Moon said.

Plans to build a railway across the peninsula will kick off this year, he added, proposing an East Asian railroad community that groups China, Japan, Mongolia, Russia and the United States.

Moon seeks to resume business cooperation with the North, including the railroad and a joint industrial park, but has been cautious because of international sanctions, chiefly spearheaded by Washington, over Pyongyang’s nuclear and missile programs.

Moon said he aimed for “unification economic zones” along border provinces when military tension eases and there is lasting peace.

He estimated cross-border economic cooperation could be worth at least 170 trillion won ($149.9 billion) over the next 30 years, citing a study by a state-run think tank.