MOSCOW (Reuters) – Russia announced on Monday it will supply an S-300 surface-to-air missile system to Syria in two weeks despite strong Israeli objections, a week after Moscow blamed Israel for indirectly causing the downing of a Russian military plane in Syria. 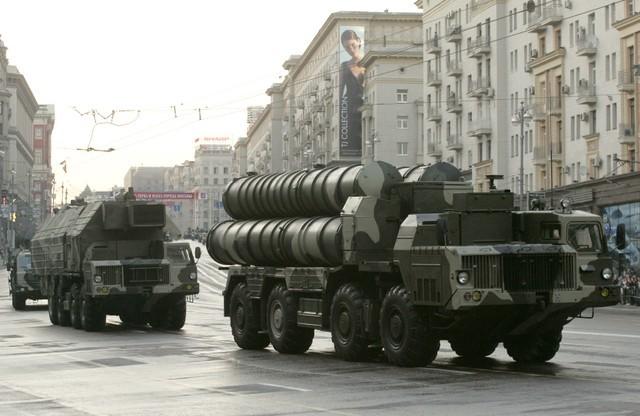 The White House said it hoped Russia would reconsider the move, which U.S. National Security Advisor John Bolton called a “significant escalation” of the seven-year war.

Russian Defence Minister Sergei Shoigu said Moscow had in the past obliged Israel by refraining to supply Syria with the system. But last week’s crash, which killed 15 Russian service members, had forced Russia to take “adequate retaliatory measures” to keep its troops safe.

Russia, which fights in Syria to support the government, has said Syria shot the IL-20 surveillance plane down by mistake shortly after Israeli jets hit a nearby target. Moscow blamed Israel for creating dangerous conditions that caused the crash.

Israel, which has struck Syria scores of times during the war, said after the incident that it would work to improve “deconfliction” of its missions with Russian forces, but would not halt them. It has long lobbied Moscow not to provide the S-300 to Syria, fearing this would hinder its aerial capability to strike buildups of Iranian and Hezbollah forces in Syria.

Israeli officials could not immediately be reached to respond to Russia’s announcement on Monday, a Jewish holiday, but Israel has repeatedly rejected suggestions it was to blame for the plane crash.Amos Yadlin, a former head of Israeli military intelligence who now directs Tel Aviv University’s Institute for National Security Studies, called the accusation that Israel played a role in the crash “fake news…meant to assuage diplomatic pressures and cloud the responsibility of Syrian and Russian officers for downing the plane.”

“Supplying S-300 increases risk by unprofessional Syrian operators first and foremost to the Russian air force, to Israel, the United States and the coalition as well as to civil aviation. Israel has been preparing for this threat for 20 years and will know how to handle it,” he tweeted.

Alexander Khramchikhin of the Moscow-based Institute of Military and Political Analysis said the S-300 could “seriously affect Israel’s ability to carry out its strikes in Syria”. Dmitri Trenin, director of the Carnegie Moscow Center and a former colonel in the Russian army, said the S-300 would make Israel “more careful in the vicinity of Russian assets”.

Kremlin spokesman Dmitry Peskov told reporters the decision to supply the weapons was not directed at any third country.

“Russia needs to increase safety of its military and it should be clear for everyone,” he said. But he also repeated Moscow’s accusations that Israel was to blame for the plane’s downing: “No doubt that according to our military experts, deliberate action by Israeli pilots was the reason for the tragedy and this cannot but harm our (Russia-Israeli) ties.”

Russia in April had hinted that it would supply the S-300 to Assad’s government despite Israeli objections.

The missile system, originally developed by the Soviet military, but since modernized and available in several versions with different capabilities, fires missiles from trucks and is designed to shoot down military aircraft and short- and medium-range ballistic missiles.