Rules of life and business of Finstar’s head: achievements that brought Oleg Boyko to Forbes list 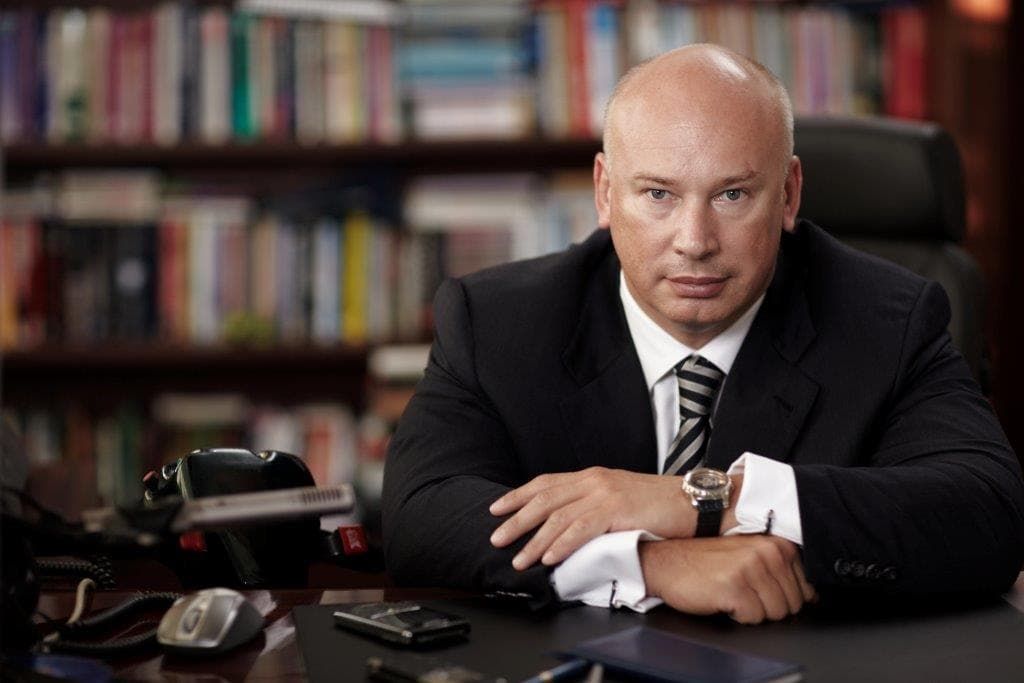 International investor, businessman and billionaire Oleg Boyko is known as the founder of Finstar Financial Group international group. After more than 25 years of development, the company has a diversified portfolio and actively invests in fintech and other promising directions.

Oleg Boyko has been regularly featured in Forbes listings since 2005. Currently, the Founder and Chairman of the Supervisory Board of Finstar is ranked number 93 in the “Top 200 Richest Russian Businessmen of 2021”. According to Forbes estimates, Oleg Boyko has a personal fortune of USD 1,300 million (1.3 billion).

«I found out about the fact that I made the Forbes list from a text message from a friend of mine from Kiev. I did not know and did not think about it at all. In general, people began to think «about a billion» only when Forbes appeared. My friend told me the following story: «You know, a lot of people in Russia had, for example, USD 300 million and felt like USD 300 million. When Forbes ranking came out, they began to feel as if they had minus USD 700 million, not USD 300 million.» That bar began to pull everyone up»

The beginning of Oleg Boyko’s career

In the late 1980s, he started a cooperative to sell computers as well as develop software for the PC:

«All periods in my life, except elementary school, were turbulent and even extreme. I got into circumstances that tested me and demonstrated the reliability of the people around me in different situations»

At the beginning of his career Oleg Boyko was perhaps the first Soviet and then post-Soviet fintech-enthusiast, a pioneer in the financial-technological sector. In one of his interviews, the businessman said that he was able to launch his projects on financial technology markets to a large extent thanks to support from his programmer friends, with whom he studied together in MAI (Moscow Aviation Institute). At that time, Boyko realized the value of partnership, and today he builds all his businesses on it.

«Partners are the main asset and driving force of any project, any company. They can be investors, strategists, negotiators, analysts… When there is money, the fastest way to develop a business is to acquire companies that already have capable partners. Finstar uses exactly this method»

In 1996, Boyko founded Finstar Financial Group. Banking and financial services, IT, FMCG (Fast Moving Consumer Goods) and entertainment are the few areas the company has chosen to invest its capital. In the 2010s, Oleg Boyko focused on European consumer and business lending markets.

«Rule No. 1 in investing is to invest in something you understand. You have been working throughout your life in the food industry, then buy shares in that sector, because you have industrial expertise. If you want to start a business, you need basic knowledge»

Today Finstar’s total assets are valued at USD 2 billion. The company is known for competent portfolio diversification and extensive investment geography, which covers Europe, Asia, USA and Latin America. Now, Finstar is the largest project in Oleg Boyko’s business biography. Forbes included the international investment group in the list of “200 Largest Private Companies in Russia”. In 2017, the company ranked 148th in the rating of the most authoritative publication in the world of business and finance.

The first key asset of Oleg Boyko’s group was EvrazHolding, founded together with Alexander Abramov. In 2004, the businessman sold his stake. According to Forbes, Oleg Boyko owned 25% (around USD 600–700 million). Subsequently, he was not interested in investing in the metallurgical industry.

Another non-core asset of the businessman was a well-known perfume and cosmetics chain named Rive Gauche, the majority stake (75%) of which Finstar Group acquired directly from the founders, Pavel and Larisa Karaban. It was during this period that Rive Gauche began its broad expansion, becoming the second largest player in the Russian perfume and cosmetics market five years later. Soon after, Boyko sold his 51% stake to former co-owners of the Lenta hypermarket chain, August Meyer and Dmitry Kostygin.

In recent years, the international Finstar Group has focused mainly on fintech solutions, preferring the IT sector as well as financial services. Among the startups in which Boyko has already invested is a Spotcap, German online bank called one of the European leaders in SME lending. At the time of the investment, Spotcap had branches in four countries: Germany, the Netherlands, Spain and Australia.

The next fintech project Oleg Boyko was interested in was Viventor — a P2P platform specializing in online lending to individuals. Other promising startups that have attracted investment include Billfront and Rocket10, operating in the international online marketing market. According to Boyko himself, today he dreams of creating a “global fintech leader”, directs all his energy into this particular industry and suggests that the period of large-scale diversification for Finstar is behind us. At least at the current stage of development.

«Of course, new things come up all the time; there is always a flow of proposals… But if in the 1990s we were doing «who ran fastest», then we started focusing on a few things that we understood well, now we are focusing only on financial products, on financial businesses»

The entrepreneur’s ambitious plans include the creation of a fintech giant, which will unite many disparate businesses in financial technology.

Oleg Viktorovich Boyko was born in 1964. He graduated from school with a background in physics and mathematics, his favorite subject was mathematics. Since childhood, Oleg Boyko was fond of karate, achieved considerable success in this field, becoming in high school a deserving owner of a black belt. The future billionaire secured his first personal income when he was still in school, organizing a school martial arts group. After school, he entered the MAI, from which he successfully graduated. In 2006, he received an MBA degree from the Russian Presidential Academy of National Economy and Public Administration.

Now Oleg Boyko devotes his free time to charitable activities. In 2006, he founded the Parasport Foundation, which aims to help parasport athletes from all over the world. In 2015, the businessman became a member of the IWAS Development Committee.

In addition to actively supporting the Paralympic movement, Oleg Boyko is interested in finding talented specialists. In 2021, Finstar became a partner of the Digital Partnership International Convention of Young Leaders of the CIS Member States. The main task of the Convention was the search for promising and talented people in the field of digital economy, including fintech. By conducting an expert assessment of the participants’ projects, Finstar will support the winners of the contest. So far, more than 4,000 people have applied.

‘Nobody cares!’ Ferrari rages at focus on Gray report as he slams cost of living inaction

China's Didi is delisting from the NYSE

SC clarifies on who can claim share in ancestral wealth