BENGALURU/MUMBAI (Reuters) – The worst floods in a century in the Indian state of Kerala have killed 164 people and forced more than 200,000 into relief camps, officials said on Friday, with more misery expected as heavy rain pushed water levels higher.

Prime Minister Narendra Modi was due to visit the southwest state later on Friday as its chief minister said he was hoping the military could step up help for the rescue effort which is already using dozens of helicopters and hundreds of boats.

A man rescues a drowning man from a flooded area after the opening of Idamalayr, Cheruthoni and Mullaperiyar dam shutters following heavy rains, on the outskirts of Kochi, India August 16, 2018. REUTERS/Sivaram V

“I spoke to the defense minister this morning and asked for more helicopters,” Chief Minister Pinarayi Vijayan told a news conference in the state capital, Thiruvananthapuram, adding that he planned to send 11 more helicopters to worst-hit places.

“In some areas, airlifting is the only option … thousands are still marooned.”

The floods began nine days ago and Vijayan said 164 people had been killed – some in landslides – with about 223,000 people forced into 1,568 relief camps. 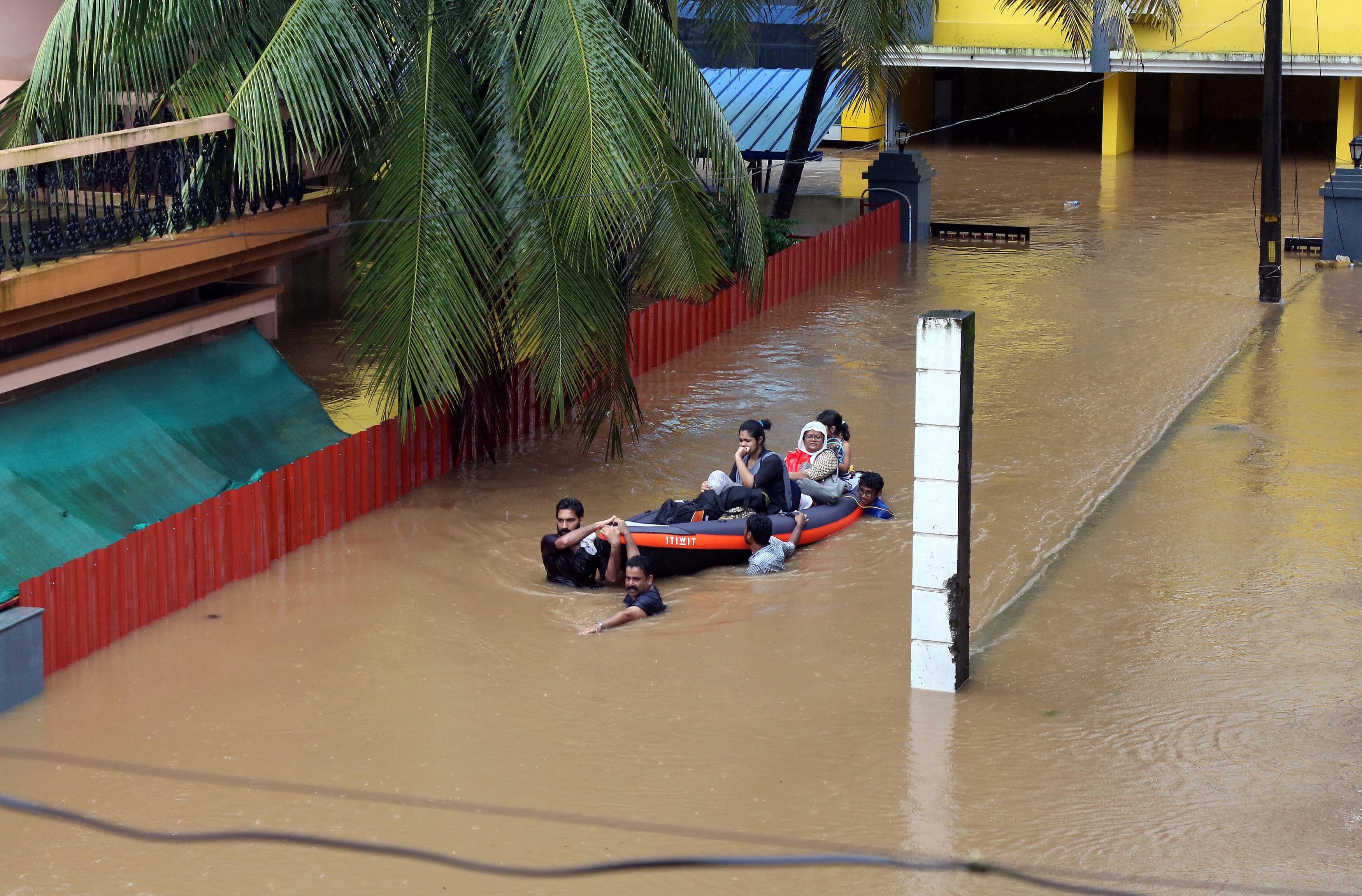 Kerala is a major destination for both domestic and foreign tourists.

The airport in the main commercial city of Kochi has been flooded and operations suspended until Aug. 26 with flights being diverted to two other airports in the state.

The office of the chief minister said heavy rain was falling in some places on Friday. More showers are expected over the weekend.

Modi said on Twitter he would travel to Kerala “to take stock of the unfortunate situation”.