HONG KONG (Reuters) – Pro-China groups rallied outside Hong Kong’s Foreign Correspondents’ Club (FCC) on Tuesday over a speech by an independence activist that has riled Beijing and sparked debate about the viability of the city’s freedoms.

The invitation to Andy Chan, a founder of the Hong Kong National Party, drew strong criticism this month from China’s Foreign Ministry which urged the club to cancel the speech. The FCC pressed on with the event.

A number of Reuters journalists are FCC members.

In his speech, Chan, dressed in a black suit and gray tie, said his ideals were no different than many of his fellow citizens in chasing “the dream of democracy”.

“If Hong Kong were to become truly democratic, Hong Kong’s sovereignty must rest with the people of Hong Kong,” he said.

“China is, by its nature, an empire, a threat to all free peoples in the world,” Chan added.

About 50 pro-China supporters rallied outside the historic FCC building, waving red China flags and denouncing Chan and the club through loudhailers as police looked on.

“He’s a traitor,” said protester Jimmy Tso, who wore a black cap and T-shirt emblazoned with a China flag.

“We want harmony in Hong Kong but people like him are trying to subvert China, backed by foreign forces,” he said.

Around a dozen pro-independence activists with banners supporting Chan were blocked by police from getting near the club’s main entrance and the pro-Beijing groups.

The FCC, which has a membership that includes local and international journalists, is known as a spirited institution fostering and defending free speech.

“I won’t change my stance,” said Chan, 27, acknowledging his calls for independence had angered some Hong Kong democrats who fear Beijing will crack down on all opposition groups.

“Hong Kong faces national cleansing from China…We are on our own, and we are a nation that is quickly being annexed by China,” he said.

Andy Chan, a founder of the Hong Kong National Party, is surrounded by photographers as he leaves the Foreign Correspondents’ Club in Hong Kong, China August 14, 2018. REUTERS/Bobby Yip

“It is totally inappropriate and unacceptable for any person to openly promote and advocate the independence of Hong Kong,” a government spokesman said.

“As such, it is also totally inappropriate and unacceptable for any organization to provide a public platform to espouse such views,” the spokesman said.

Hong Kong’s mini-constitution, the Basic Law, states that the former British colony, which returned to Chinese rule in 1997, is an “inalienable” part of China.

But Hong Kong operates under a “one country, two systems” agreement that promises it a high degree of autonomy and freedoms not enjoyed in China. 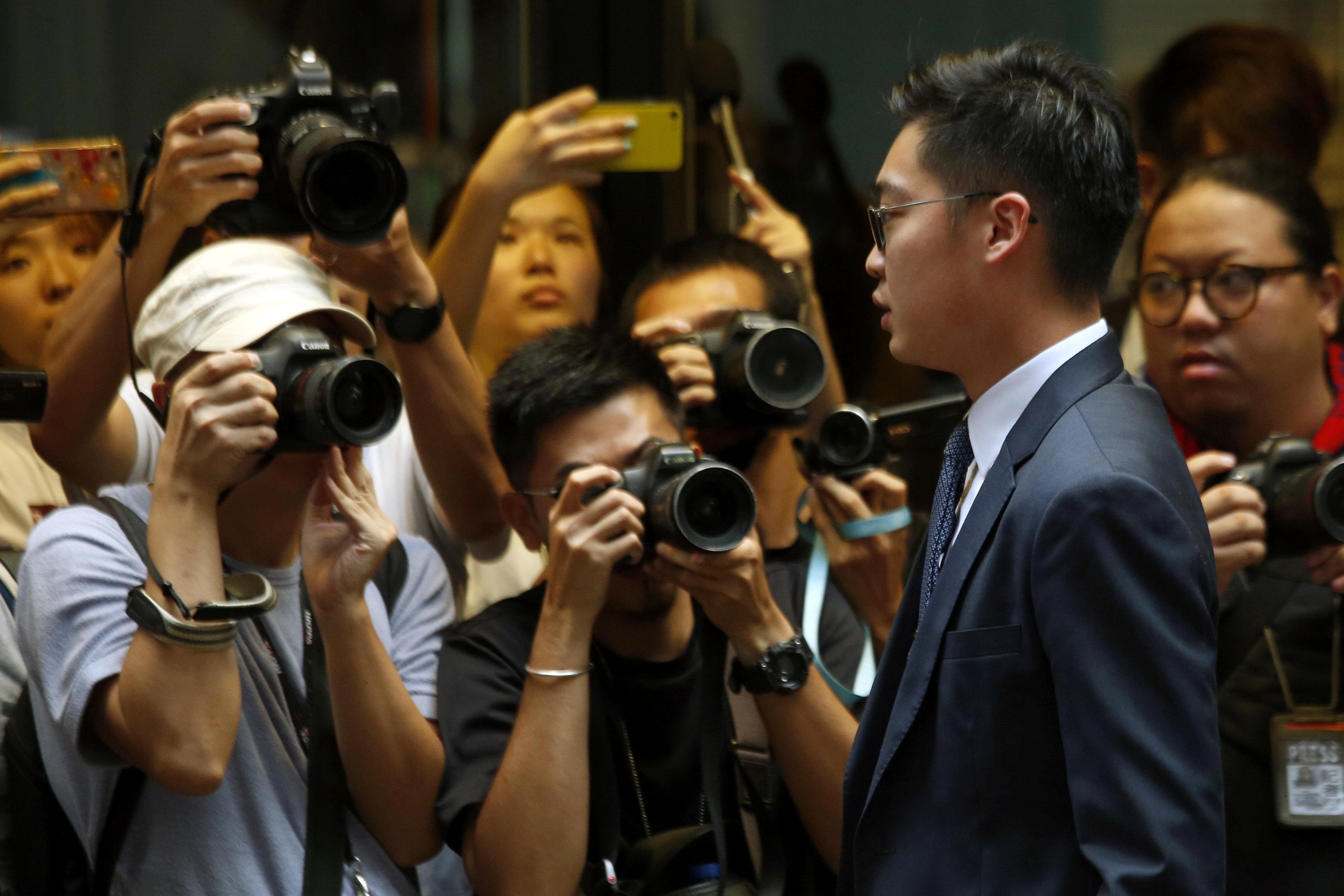 The independence activists say separation from China would safeguard the city’s freedoms from Beijing’s tightening grip over politics, academia, the law and the media.

China’s Foreign Ministry, which has an office in Hong Kong, this month urged the club to cancel the event.

Leung Chun-ying, a former Hong Kong chief executive who is now vice chairman of a leading advisory body to China’s parliament, had criticized the FCC for hosting a “secessionist”.

Leung said the club paid “token rent” to the government for its building in the central business district – comments that stoked concerns among some members about the FCC’s future.

Leung did not respond to an emailed request for comment.

FCC vice president Victor Mallet said the club has over the years neither endorsed nor opposed the diverse views of speakers.

“The FCC does believe that its members, and the public at large, have the right … to hear the views of different sides in any debate,” Mallet said.

“We at the FCC, we fully respect the law and we champion free speech and freedom of the press across Asia,” he said.