LONDON (Reuters) – The Northern Irish party which props up Prime Minister Theresa May’s government said on Monday that it wanted a Brexit that worked for the Republic of Ireland too, as its leader travels to Brussels for talks with EU negotiator Michel Barnier. 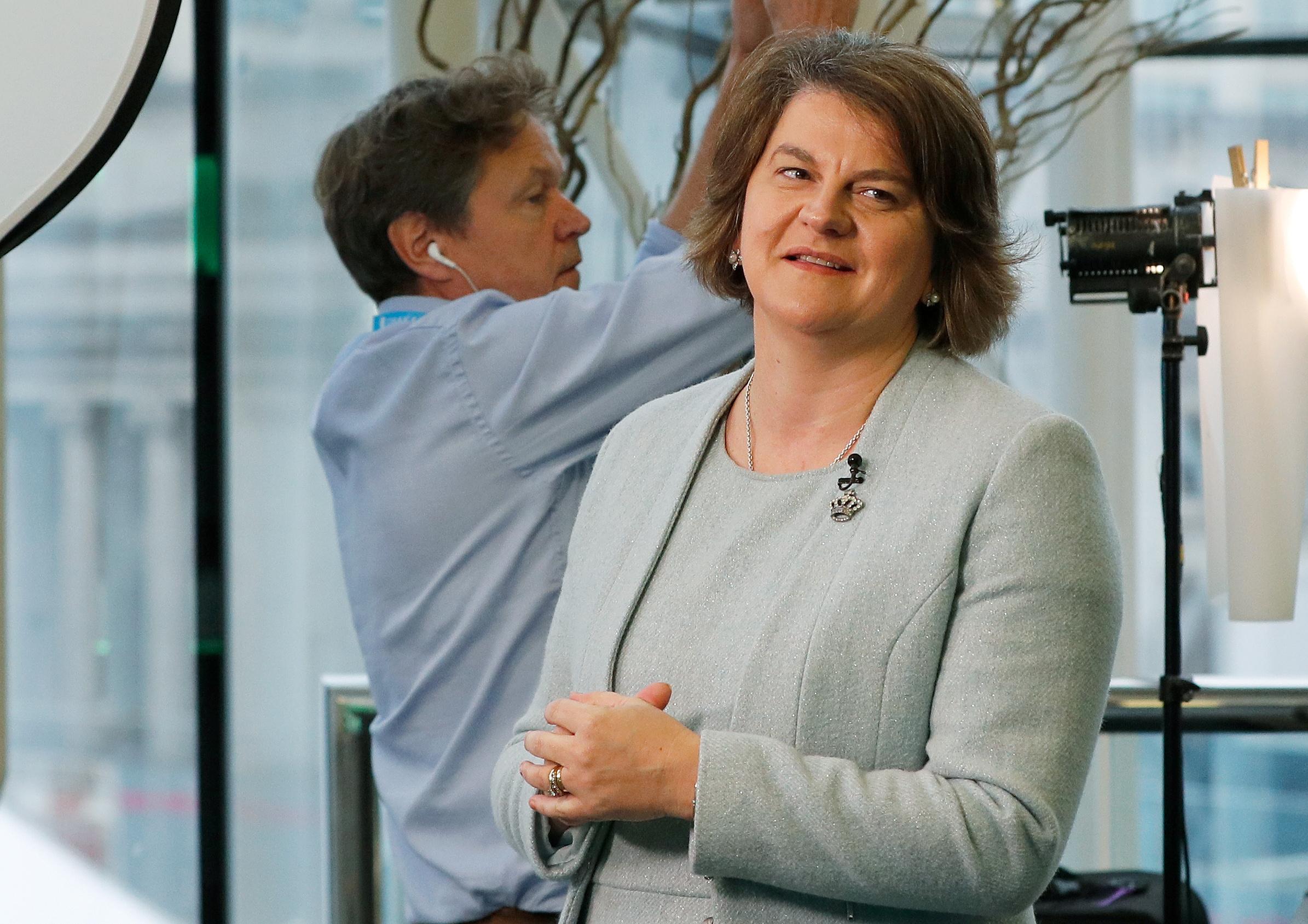 The border between Northern Ireland and the Republic of Ireland is the last major sticking point in Brexit talks between Britain and the European Union, and both sides are trying to work out how to monitor and regulate trade over the border.

Last week the Democratic Unionist Party’s leader, Arlene Foster, said avoiding a customs border which separates Northern Ireland from mainland Britain was a “blood red” line for the party, ratcheting up rhetoric on the issue.

On Monday, Foster said this remained a red line but struck a more conciliatory tone.

“I want to see the United Kingdom exit the EU in a sensible manner which works for each part of the UK but also importantly in a way that works for our nearest neighbor in the Republic of Ireland,” she said in a statement ahead of talks.

Foster will meet Barnier and representatives of EU states in Brussels over the next three days.

EU sources told Reuters on Thursday that EU negotiators see the outline of a compromise on the Irish border issue which is holding up Brexit talks, raising hopes that a new British offer could unlock a deal.

A second source said Barnier was looking at where the bloc could make improvements to what it has offered London as both sides race to overcome the remaining obstacles to a Brexit deal before a high-stakes EU summit on Oct. 17-18.