MELBOURNE (Reuters) – A former Australian archbishop, the most senior Catholic cleric in the world convicted of concealing child sex abuse, was spared jail on Tuesday when he was ordered to serve his one-year sentence at home.

Former Australian archbishop Philip Wilson arrives at Newcastle Local Court for a post-sentence decision where he was ordered to serve his one-year sentence at home, after he was convicted of concealing child sex abuse, in Newcastle, Australia August 14, 2018. AAP/Darren Pateman/via REUTERS

Newcastle Court Magistrate Robert Stone allowed Philip Wilson, 67, to serve his detention at home after an assessment by prison authorities due to a range of health issues, including heart disease, faced by the former archbishop.

Wilson was ordered to begin serving his detention on Tuesday in New South Wales state and would be eligible for parole in February 2019, the court said, without disclosing the address of where he would be held. 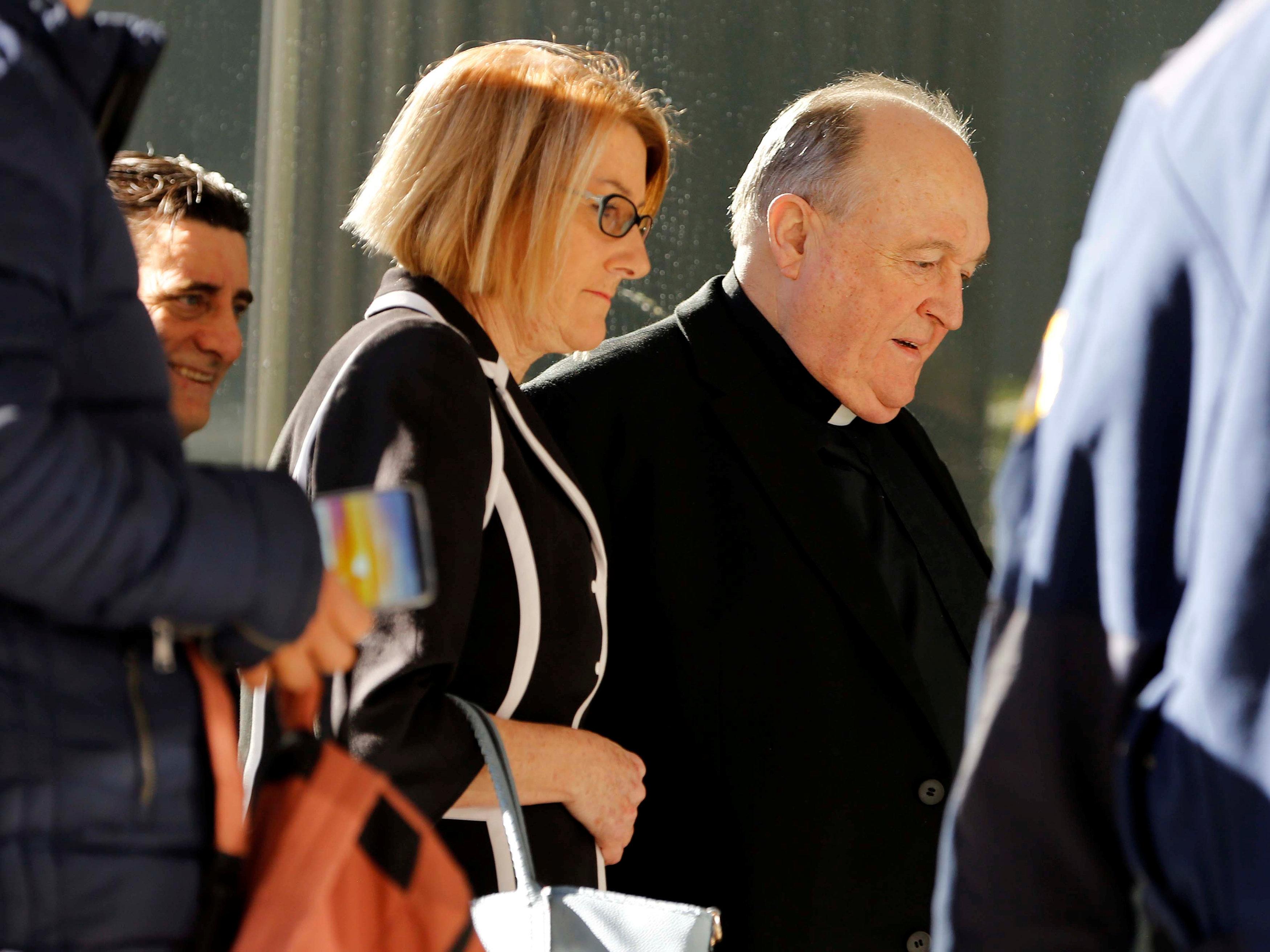 Australian Broadcasting Corp. Television showed Wilson being driven away from the court in Newcastle, about 170 km (105 miles) north of Sydney. It said he would be staying at his sister’s house.

Wilson has said he planned to appeal against his conviction for failing to disclose to police abuse by a priest, Father James Fletcher, after being told about it in 1976 by two victims.

Wilson resigned as archbishop of Adelaide in July, two months after being convicted. He wanted to hold on to the position until he completed his appeal but came under pressure from Australian Prime Minister Malcolm Turnbull, fellow clerics and abuse victims to quit.

The Australian Catholic Bishops Conference, the country’s top Catholic body that Wilson once led, had no immediate comment on his sentencing to home detention.