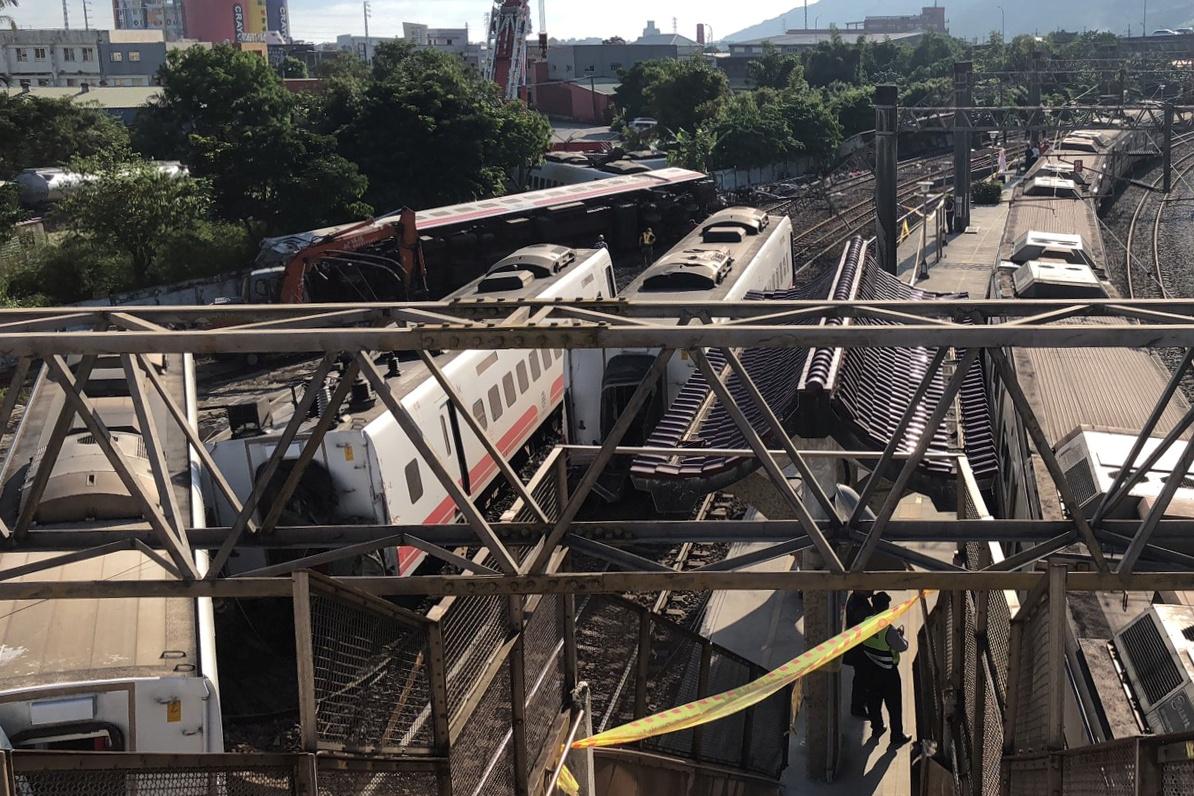 TOKYO (Reuters) – The Japanese manufacturer of a train that derailed in Taiwan killing 18 people said it had discovered a design flaw that failed to alert the central control system that an automatic safety feature had been turned off.

Shares in the company, Nippon Sharyo Ltd, plunged by the daily limit in Tokyo, losing 17 percent in early trade.

On Oct. 21 a train in Yilan in Taiwan’s northeast came off the rails on a curve while traveling at almost 149 km/h (87 mph), nearly twice the speed limit, the head of a Taiwan government investigation team has said.

Eighteen people were killed and 187 injured in the island’s worst rail crash in decades.

A Nippon Sharyo official told Reuters the company had since discovered a flaw in the blueprint for wiring the train’s alerting system to the control station.

There is no problem with the automatic safety system itself, which is designed to automatically apply the brakes when the train exceeds the speed limit, the official said.

The train’s driver told a court last month he had switched off the speed-control system.

'Why did it happen?' asks Taiwan mourner, after 18 killed in rail disaster