RUSE, Bulgaria (Reuters) – Hundreds of Bulgarians queued silently at a church in Ruse on Friday to pay their last respects to Viktoria Marinova, the television journalist whose brutal rape and murder shocked the country and triggered debates over freedom of the press. 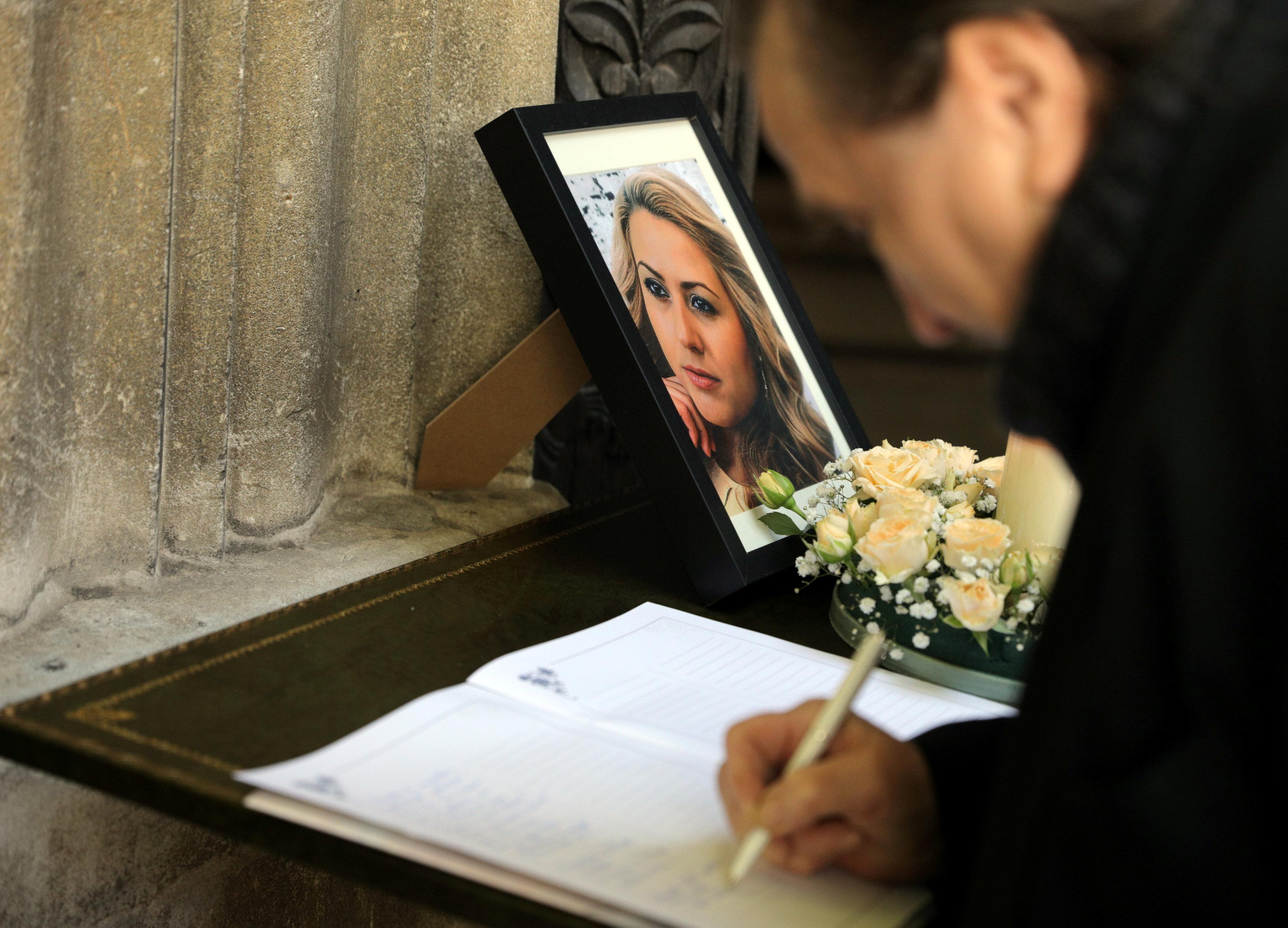 The body of the 30-year-old Marinova, a host of a regional current affairs show at a local TV station, was found in a park near the Danube port of Ruse, her hometown, on Saturday. Police said she had been raped, beaten and strangled.

A Bulgarian man, Severin Krasimirov, 20, was arrested in Germany over the killing, and German authorities said he would be extradited to stand trial in Bulgaria soon.

Bulgarian prosecutors said no evidence indicated Marinova’s death was related to her work. A random attack and sexual assault were the most likely motive, they said, although they were still investigating all possibilities.

In her last aired show, Marinova featured investigative journalists and pledged to engage in similar work, which stoked fears about retribution against journalists exposing corruption.

She is the third journalist to be killed in the European Union within a year.

People who knew her talked about her determination, responsibility and kindness, her charitable work and commitment to social causes such as support for disabled and disadvantaged children, about which she also reported.

“Viktoria’s death is a great loss for the whole city,” Zornitsa Koleva, 48, said. “She was so kind and ambitious at the same time. We all need to be united and show that we will do our best to prevent this from happening again in Ruse.”

The murder heightened emotions among Bulgarians frustrated by a lack of clear progress in fighting rampant graft.

On Friday, Prime Minister Boyko Borissov said the company at the heart of the investigation into alleged high-level corruption and misuse of EU funds that was featured on Marinova’s show, should be taken out of all projects with EU aid and public financing.

“My political will extends to that: to take out of the tenders anyone suspected in wrongdoing and is under investigation…I will not allow my name to be stained,” he told reporters.

Earlier on Friday, German authorities approved Krasimirov’s extradition, which should happen within 10 days..

The suspect told German magistrates he had hit a woman he did not know while drunk and on drugs but denied intending to kill her, rape her or rob her. His mother, however, said he had told he had killed the journalist.

Bulgaria’s Justice Ministry said the transfer of the suspect to Bulgaria is expected to take place next week at the earliest.

Marinova’s murder revived debate over the extent of press freedom in the Black Sea state, ranked 111 out of 180 countries this year in a world press freedom index compiled by Reporters Without Borders.

Bulgaria also ranks worst in the EU for violence against women, according to the European Institute for Gender Equality.