ATHENS (Reuters) – The death toll from a fire which ripped through a Greek coastal town stood at 80 on Wednesday, with dozens of people unaccounted for as forensic experts tried to identify victims who were burned alive.

A burnt mailbox is seen at the entrance of a destroyed house following a wildfire at the village of Mati, near Athens, Greece, July 25, 2018. REUTERS/Alkis Konstantinidis

With most of the corpses badly charred, identification of the dead will be challenging, experts said, meaning no fast closure in sight for suffering relatives.

Hundreds of people were trapped in the eastern resort of Mati on Monday night as flames whipped around them. Many jumped into the sea to survive, but others died from suffocation either in their cars, or trapped on the edge of steep cliffs.

The Greek fire brigade said the death of a survivor in hospital had brought the toll up to 80. The service was also receiving dozens of calls reporting missing persons, but it was unclear if some of them were among those found dead, a spokesperson said.

With many burned beyond recognition, Greek coroners began the grim task of trying to identify the victims of the wildfires near Athens, having to rely on DNA or dental records as angst over missing persons mounted among relatives.

“Work has started on identifying the victims of the wildfires but the majority of the bodies are totally charred,” Grigoris Leon, head of the Hellenic Society of Forensic Medicine, told Reuters.

The post-mortems and identification procedures are taking place at a morgue at Shisto, west of Athens. Leon said this will involve team work by coroners, forensic dentistry experts from the Athens University’s Dental School, and the Greek police’s forensic service.

Burnt trees and a destroyed car are seen on a field following a wildfire at the village of Mati, near Athens, Greece, July 25, 2018. REUTERS/Alkis Konstantinidis

Post-mortems to determine the cause of death are mandatory by Greek law and the last stage after the conclusion of identification procedures.

Rescue teams combed through the area and the sea on Wednesday, trying to locate anything which could offer clarity on the missing, who are thought to number about 40.

“It was a really terrible situation here,” said Finnish tourist Jaakob Makinen. “We had to run away from the hotel, we ran through the beach, along the beach and then we were caught by fire, so kind of surrounded, we had to go into the water,” he told Reuters Television.

He and others spent several hours in the water. 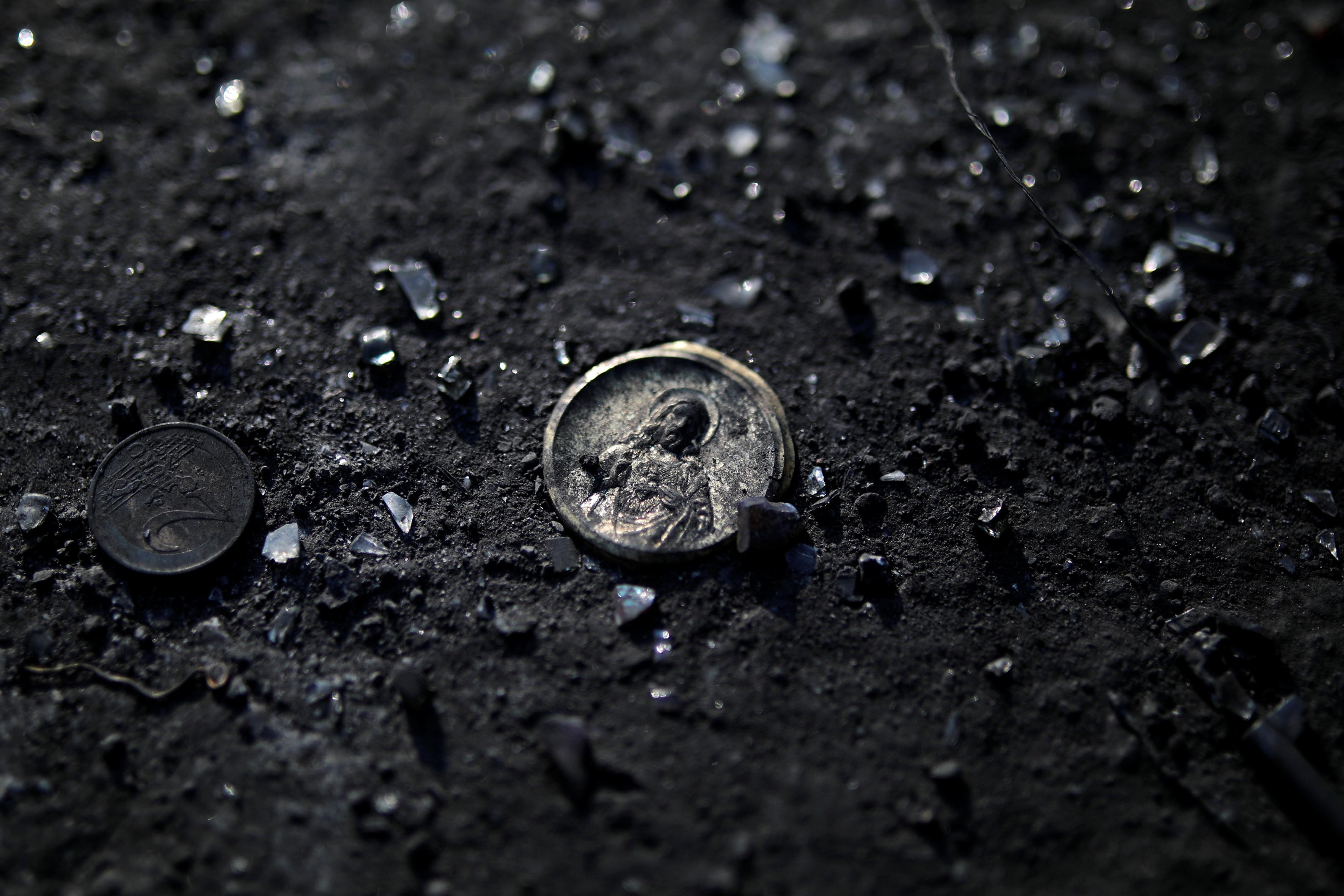 It was unclear what caused the fire, which spread rapidly through Mati, a maze of narrow streets and dense forest. But some suggested that the sheer force of winds, thick pine, fire and panic was a deadly combination making even the most well-executed evacuation plan futile.

“You can’t leave. My house was up in flames in two minutes,” Elias Psinakis, the Mayor of Marathon, told Greece’s SKAI TV. “With eight Beaufort (wind) and pine you don’t even have time.”

“Armaggeddon,” wrote the daily newspaper Ethnos on its front page, a reference to the Biblical location prophesising the end of times. It carried a photo of a burned Greek flag hanging among the branches of a charred tree.

Fires are common in Greece in the summer months. However, one outspoken cleric had at least one theory of what caused it.

In a vitriolic post, Bishop Ambrosios of Kalavryta said it was the wrath of God because Greek Prime Minister Alexis Tsipras is a stated atheist. It drew a sharp response from the Church, which distanced itself from the Bishop’s remarks.