PITTSBURGH (Reuters) – Appearing defiant and swaggering, the man charged with killing 11 worshipers in a Pittsburgh synagogue, pleaded not guilty on Thursday in a federal court as the Jewish community buried three more of the dead.

Robert Bowers, 46, an avowed anti-Semite, was brought before Judge Robert Mitchell in U.S. District Court for the Western District of Pennsylvania, dressed in a red jumpsuit with a bandaged left arm.

He spoke little, other than to say he understood the charges against him and that some of them could result in the death penalty, then entered a plea of not guilty. He also requested a jury trial.

Bowers was injured in a shootout with police during the massacre at the Tree of Life synagogue in Pittsburgh’s Squirrel Hill neighborhood in what is believed to be the worst anti-Semitic attack in recent U.S. history. He appeared in court on Monday shackled to a wheelchair, but walked steadily on Thursday.

Late on an overcast Thursday morning, mourners trickled into the Ralph Schugar Chapel for the funeral of Sylvan Simon, 86, and his wife, Bernice, 84, who had been married for nearly 62 years. He was a retired accountant, she a retired nurse.

Augie Siriano, a custodian at Tree of Life, said the couple often brought him chocolate chip cookies, and that Sylvan Simon liked to talk about the Pittsburgh Steelers professional football team.

Friends and family lined up in the afternoon to pay their respects at the funeral for Richard Gottfried, 65, a dentist who shared a practice with his wife, Peg.

Dr. Jane Segal, a dentist who graduated from the University of Pittsburgh a year ahead of Gottfried, said he was a “wonderful man and a wonderful dentist.”

“You couldn’t find anyone finer,” she said.

Also in line was Dr. Paul Taicelt, who said he and Gottfried had provided free dental clinics and volunteered for Catholic Charities together.

“He was very conscientious and very loyal,” Taicelt said. “And all of his patients loved him.”

Prosecutors have said they will seek the death penalty against Bowers.

He is accused of bursting into the synagogue and opening fire with a semi-automatic rifle and three pistols in the midst of the Sabbath prayer service, shouting “All Jews must die.”

Six people, including four police officers, were wounded before the suspect was shot by police and surrendered. 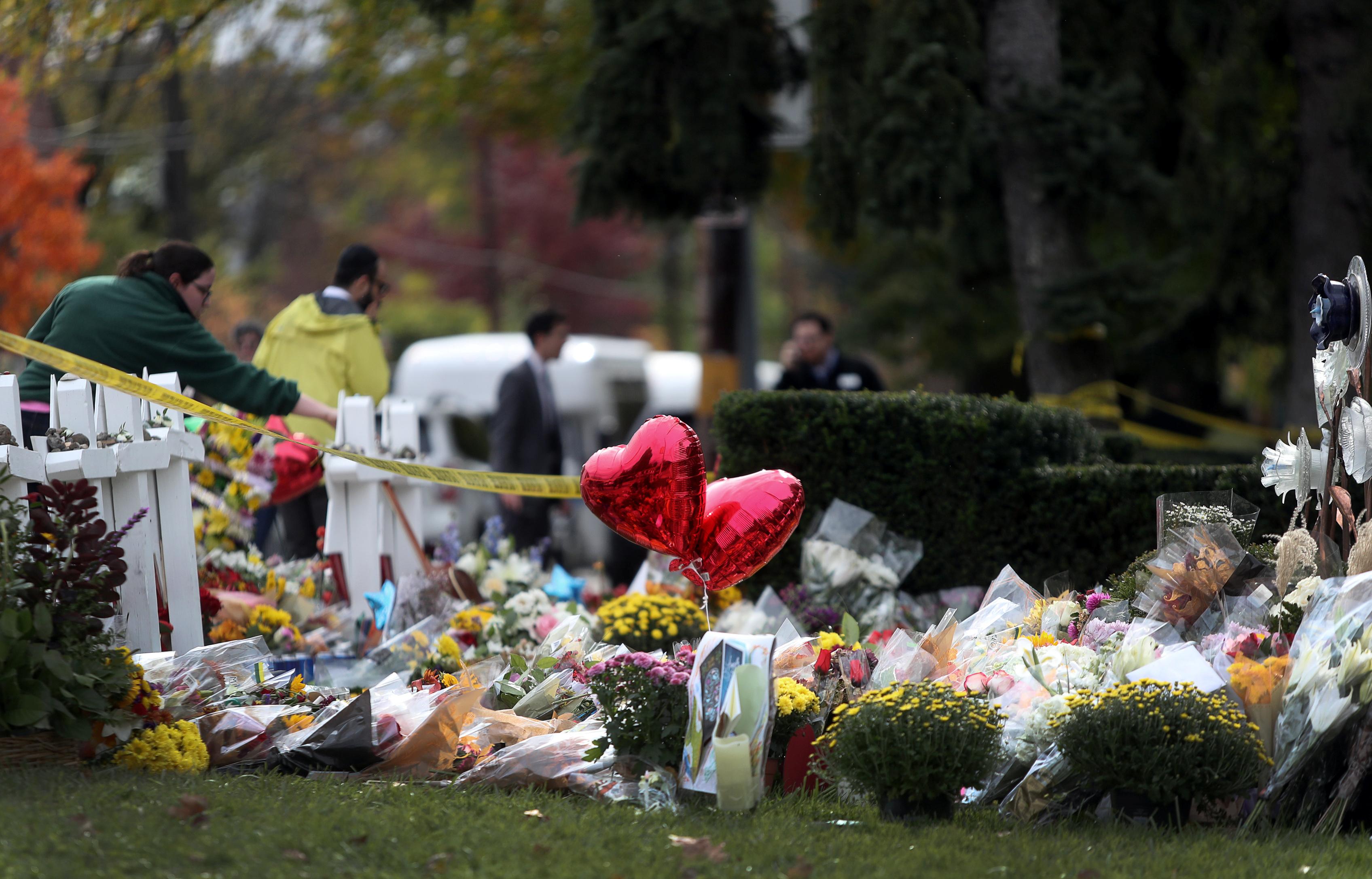 The attack, following a wave of pipe bombs mailed to prominent Democrats, has heightened national tensions days ahead of elections on Tuesday to decide which parties control Congress.

The case against Bowers will be prosecuted first in federal court, with the U.S. Justice Department saying it was in the national interest to protect freedom of religion, which is guaranteed under the U.S. Constitution.