Home » Politics » ‘You have a moral duty!’ Priti Patel warns EU states they must cooperate with UK

‘You have a moral duty!’ Priti Patel warns EU states they must cooperate with UK

Priti Patel stressed the importance of asylum seekers claiming refuge in the first safe country they arrive in rather than passing through several countries. Sky News host Niall Paterson pointed out that the Home Secretary’s new policy is reliant on European Union countries such as Germany and France cooperating with Britain.

Mr Paterson said: “All of this rests on those bilateral agreements does it not?

“If Germany says no, if France says no, if any of those countries say no then we are in a situation where they are indefinitely detained in the UK.”

Mr Paterson interjected: “It is quite a lot about European Union countries though is it not?” 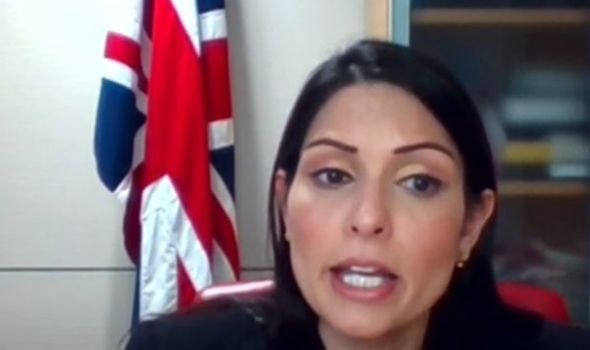 The Home Secretary said: “EU countries also have a moral duty and a responsibility to be part of this solution.

“Today I’ll be at the G6 talking about this solution and making the case for reform of Asulym and sticking to the principle of claiming asylum in the first safe country because currently, that is not taking place.”