The BBC host explained Scotland cannot afford independence as recent detail estimated SNP’s deficit will be in place till 2025. Speaking on BBC Politics Live, Ms Coburn said: “One of the things you have campaigned for is the £20 increase in Universal Credit to be extended. It has been extended for another six months, you welcome that I presume?”

Ms Thewliss said: “I welcome it but I don’t think it’s going to go far enough.

“I would like it to be permanent. Universal Credit is not enough for people to live on and that £20 increase has been a real help for families across the UK.”

Ms Coburn interjected: “If it’s a lifeline in the way you describe, will you use powers of the Scottish Government in the welfare system to extend it permanently?”

The SNP MP explained: “We have already brought in things like the Scottish child payment which is an increase in payments and this again has been described as a lifeline by child poverty campaigners in Scotland.” 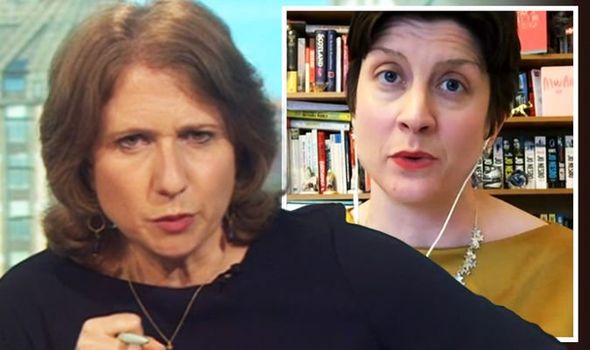 She added: “There are many things we would like to do but we’re fiscally constrained from doing so.

“I would also argue the UK Government recognises how important this is across the UK.”

Ms Coburn added: “As you say there are huge pressures on the budget. The institute for fiscal studies estimates Scotland’s 20/21 budget deficit at 26 to 28 percent of GDP and projects double-digit Scottish deficits to 2025.