In the latest U.S. immigration tragedy a Yemeni American father killed himself after his family was barred from entering the country by the Trump administration’s travel ban.

U.S. citizen Mahmood Salem, father of five, fatally shot himself at his Louisiana home earlier this month after saying goodbye to his family on the phone, NBC News reported Saturday.

Salem’s three youngest children are also American citizens, but his wife and two other children were denied visas to join him because of Donald Trump’s travel ban. They were living in Djibouti in Africa when they got Salem’s call and frantically reached out to a friend for help, according to NBC. The friend found Salem, 31, dead in his home in Crowley.

“I’ll say it’s the first and main reason. I could give it 90 percent,” he told NBC. “He cannot bring them here and at the same time, he cannot take them back to Yemen because it’s war.”

There are thousands of Yemeni immigrants, many of them American citizens, who have been separated by family members due to the travel ban which bars people from seven predominantly Muslim nations. The Supreme Court upheld the ban last month.

The ban and Salem’s death is part of a broader picture of the toll of harsh immigration policies by the Trump administration. After a series of four immigrant suicides late last year and early this year in Baltimore following ICE raids in the city, researchers at Johns Hopkins University began to gather data on immigrant suicide.

“Stress and depression in the immigrant community have always been there, but it is heightened now,” Johns Hopkins psychiatrist Rheanna Platt told The Pew Center’s Stateline. “I see more children being very distressed about the possibility that a parent will be deported.” 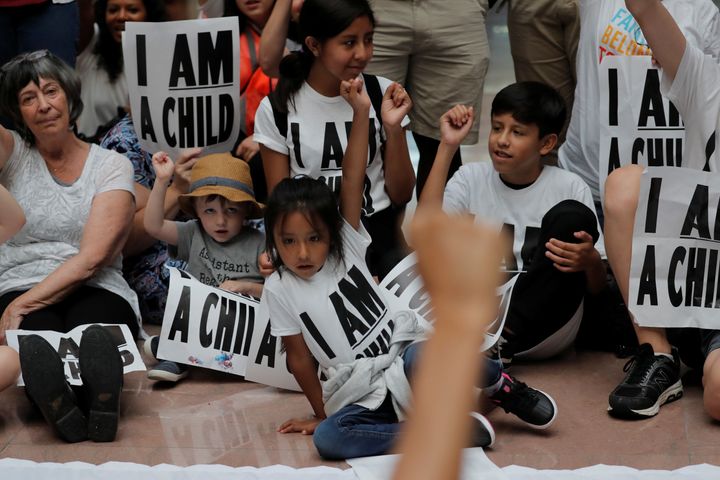 The littlest stress victims include children who were separated from families under Trump’s “zero tolerance” policy instituted in the spring. Though Health and Human Services  reunited 1,800 children with their families by a court-ordered deadline Thursday, 711 remain stranded in the U.S. system. Efficient reunifications were thwarted by shockingly shoddy record-keeping and the deportation of more than 400 parents while their children continued to be held in shelters, The Washington Post reported.

“The government is at fault for losing several hundred parents in the process and that’s where we go next,” said U.S. District Judge Dana Sabraw on Thursday.

On Friday a 15-year-old Honduran girl fled from an immigrant detention center in Florida, where she had been held for three weeks, The Post reported. She crouched out of sight in an auto shop in Homestead, distraught and crying. The owner — a Cuban immigrant who said he supports Trump’s tough immigration polices but not family separations — eventually flagged down a circling police van, and the unidentified girl was placed in handcuffs and taken back to the center.

As for Mahmood Salem’s family,  the U.S. government issued waivers for them to travel to America five days after his suicide, according to NBC. They were too late for his funeral.

Trump Blames The Media For His Bad Days. So Do His Supporters.

U.S. Revokes Visas Of Nicaraguan Officials Over Violence Against Protesters