WHO costing millions of lives with e-cigarettes opposition – shock claim 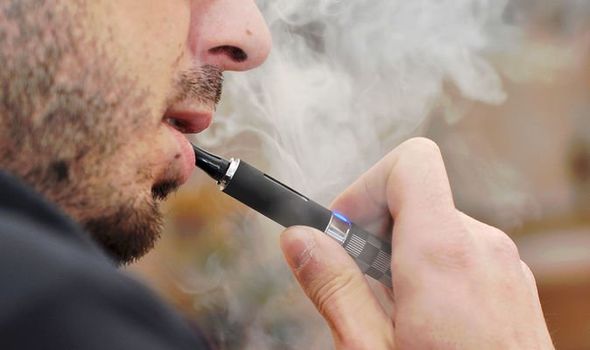 Clive Bates, the former director of the anti-smoking campaign group ASH, told journalists at a briefing last week that Britain needs to push internationally for a change of policy to save millions of lives. It came as Parliamentarians have called for the UK Government to use its Brexit freedoms to have a “big independent voice” at the United Nations (UN) COP9 summit on tobacco harm to push for greater use of e-cigarettes as an alternative.

Mr Bates branded the WHO as “negligent and incompetent” and claimed that the global health body is “ignoring the science”.

He pointed out that the WHO has a target to reduce deaths from non-communicable diseases by a third but “they are way off track.”

He said that new devices and technology means that nicotine can now be delivered with electrical heating rather than from the heat from combustion.

“Combustion was always the problem,” he said. “It releases thousands of harmful agents ‑ carcinogens, respiratory sensitizers, cardio toxic agents and so on.

“They, not the nicotine, are responsible for the toll of death and disease which now amounts towards eight million people worldwide a year according to the WHO. In scale terms that is comparable to the weight of mortality from covid in 2019.

“These e-cigarette products have the potential to bring that eight million down and remove many or all of the disease and risk.”

Some estimates believe the risk could be reduced by 95 percent.

He slammed the WHO for awarding India’s health minister a prize for banning e-cigarettes when there are 100 million smokers in his country.

And he said that campaigns against the new products are being funded by American billionaires.

“If you look for the justification of this [in India] you will see nothing of the lost opportunities to those adult smokers, nothing about illicit trade, nothing about younger people being diverted from smoking.

“It is the shallowest level of policy making you have ever seen at international level and it is championed by WHO.

“The WHO are really bad actors in this space.”

Lord Ridley, who chairs the All Party Parliamentary Group on Vaping, said that he “hates cigarettes” and tobacco products but warned that vested interests are trying to block e-cigarettes.

He said: “If something was saving lives like a car seat belt and somebody tried to ban it then it would be ridiculous and I see little difference.”

His APPG report has urged the government to find its newly independent voice from the EU to push for a change in international policy.

He said: “Now the UK has left the EU it does mean that as we approach the tobacco control talks at the UN we are an independent voice, which we weren’t before.

“Previously we had to be part of the EU position.

He added: “We are not trying to save the tobacco industry, we are trying to hasten its decline.”

However, the WHO has claimed on its website that there is “growing evidence” of risk from e-cigarettes.

It said: “It is difficult to generalize on the risk to health of e-cigarettes as compared with cigarettes or other tobacco products, as this is contingent on a range of factors.

“Both tobacco products ande-cigarettes pose risks to health.  The safest approach is not to use either.”

It added: “E-cigarette emissions typically contain nicotine and other toxic substances that are harmful to both users, and non-users who are exposed to the aerosols secondhand. Some products claiming to be nicotine-free have been found to contain nicotine.

“Evidence reveals that these products are harmful to health and are not safe. However, it is too early to provide a clear answer on the long-term impact of using them or being exposed to them.”