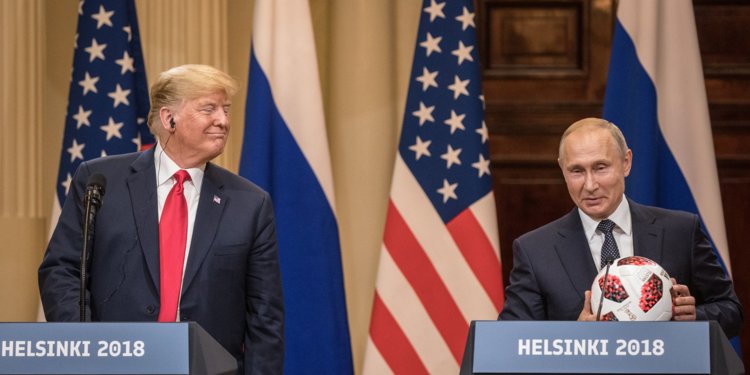 After the leaders spent more than two hours in a one-on-one meeting, Trump indicated in a freewheeling press conference that — despite a concensus among the US intelligence community — he believes Putin’s denials about Russian interference in the 2016 election and declined to say he holds the nation accountable.

The former CIA Director John Brennan deemed Trump’s comments “nothing short of treasonous,” the current Director of National Intelligence Dan Coats reiterated US intelligence agencies’ conclusion that Russia meddled in the 2016 US election, and Republicans described Trump’s performance as “shameful,” “an absolute disgrace,” and “moronic.”

And it appears Trump’s comments also surprised the White House.

An official told The Washington Post that the White House had planned for Trump to “push” Putin in front of the press. It was hoped that being more assertive and confrontational towards Putin would make Trump “look good.”

“Obviously, it didn’t happen,” the official told The Post.

Trump’s softer approach to strongmen like Putin, and hostility toward traditional allies like Britain and the European Union, was part of the reason there were already hesitations about the two meeting alone without any aides and only their translators present. And with Putin’s experience as a trained KGB officer, experts warned that the Russian leader could easily manipulate the US president.

The meeting, which ran 40 minutes longer than scheduled, was similar to Trump’s first experience sitting down with North Korean leader Kim Jong Un.

In Singapore in June, Trump met alone with Kim causing experts to worry that there may never be a complete account of what was discussed as the interpreters’ notes will become the official record. Trump and White House officials at the time weren’t even sure notes were taken.

The concern at June’s meeting was that Trump and Kim could leave with two different understandings of their discussion, which now appears to be the case.

The concern from Monday’s solo meeting was that Trump could leave agreeing Putin’s point of view, which now also appears to be the case.