(Reuters) – White House adviser Kellyanne Conway said late on Sunday that she will be leaving the administration of U.S. President Donald Trump at the end of August, citing the need to focus on her family. 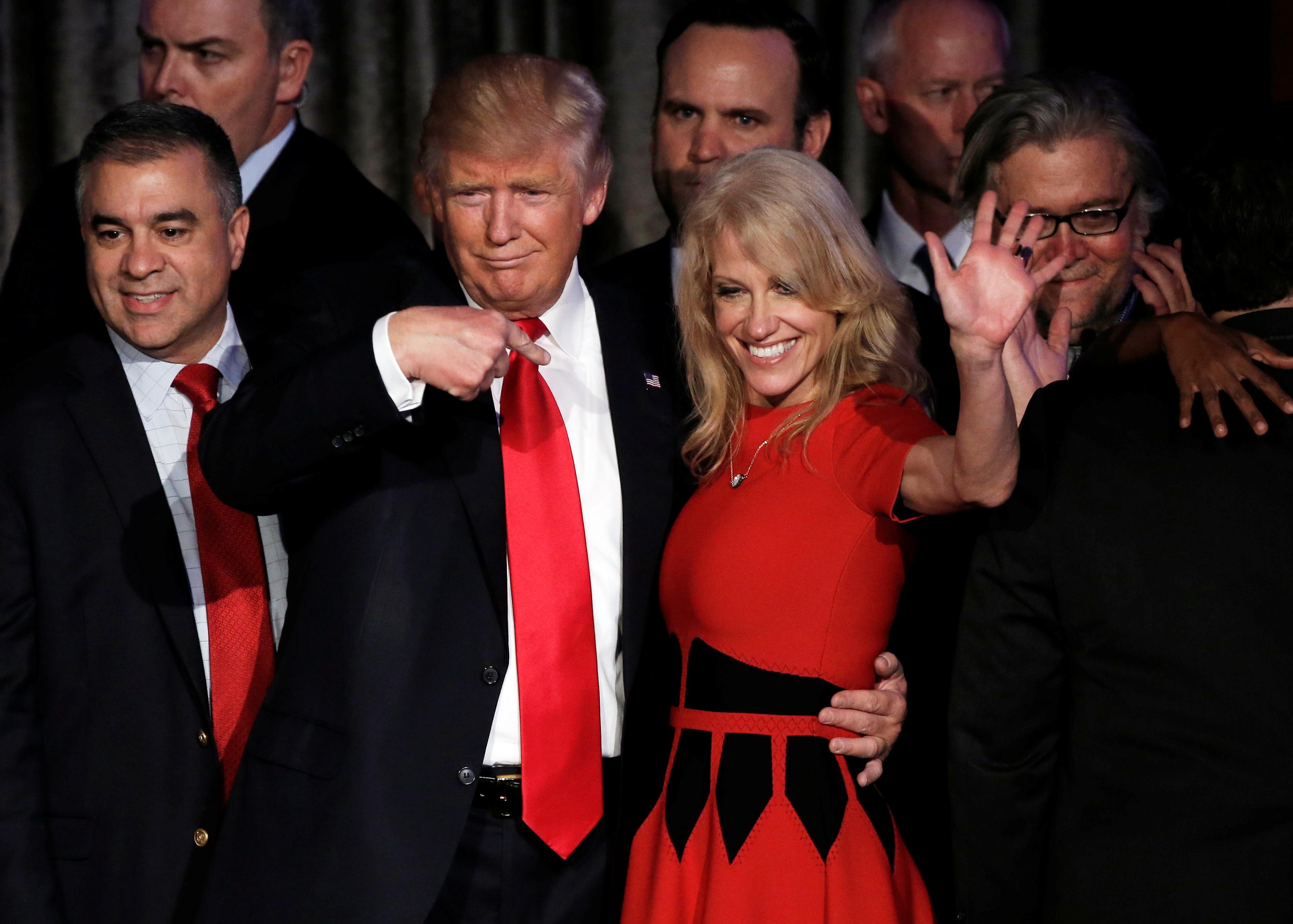 “I will be transitioning from the White House at the end of this month”, she said in a statement.

Her departure, about two months before Trump seeks re-election, comes at a crucial time for the president. It leaves him without one of his more passionate spokespersons about his political and policy choices.

Conway was his third campaign manager in 2016 and has been one of Trump’s most loyal and outspoken defenders in public and on cable news.

She was also the first woman to successfully manage a presidential campaign to victory.

More recently, the adviser was instrumental in getting Trump to restart regular, though shorter, White House briefings about the coronavirus outbreak, a practice that officials have viewed as successful in helping to stop a drop in opinion polls the president has suffered largely because of his handling of the pandemic.

In a separate statement on Twitter, Kellyanne Conway’s husband George said he was stepping back from his role in the Lincoln Project, a project with the stated mission to “defeat Trump and Trumpism at the ballot box”.

George Conway, a conservative lawyer who had co-founded the Lincoln Project, has been a vocal critic of the U.S. president.

In a public feud with Kellyanne Conway’s spouse last year, Trump called him a “wack job” and a “husband from hell”, prompting George Conway to say Trump was mentally unfit for his office.

On Sunday, Kellyane Conway described her time in the administration and previously with the 2016 campaign as “heady” and “humbling”.

She had survived several rounds of staff turnovers in an often chaotic and drama-ridden White House.