Home » Politics » ‘We Have To Tackle It’: Biden Aide Cedric Richmond On What’s Next For Police Reform

‘We Have To Tackle It’: Biden Aide Cedric Richmond On What’s Next For Police Reform

Tuesday marks one year since George Floyd was killed by Minneapolis police officer Derek Chauvin, who knelt on his neck for over nine minutes. Since this tragic encounter with police, lawmakers have been working to pass the George Floyd Justice in Policing Act — a sweeping police reform bill. The bill still faces several hurdles, including fierce debate over qualified immunity.

The bill won’t be passed by the anniversary of Floyd’s death as President Joe Biden had hoped. But Cedric Richmond, a White House senior adviser and former congressman, is hopeful that the bill will get through Congress.

Richmond talked with HuffPost about the bill and the administration’s plans for police reform.

How central is this legislation to the president’s agenda, and what does it mean if Congress doesn’t pass it?

The president has publicly declared, even in a joint address to Congress, that the George Floyd Justice and Policing Act needs to be passed and that we have to reexamine the way that police and the communities they police interact. And there’s no trust there. You have to have transparency and accountability in policing in this country, end of story.

The president wanted police reform legislation to his desk by May 25. How worried are you that without an urgent deadline, the legislation will take a back seat and may not move forward?

No, I know that Sen. [Tim] Scott (R-S.C.), Sen. [Cory] Booker (D-N.J.) and Rep. [Karen] Bass (D-Calif.) and others are meeting very consistently to try to find common ground and produce a bill that’s, one, substantive, and that will accomplish the goal of reforming policing, building trust and inserting accountability.

These negotiations are largely between members of Congress. Sen. Tim Scott has said, “I’ve never found it helpful to negotiate with anybody other than those that have votes.” So what role can the White House play here?

Have you or other White House officials been talking to Republican members of Congress about the legislation?

Let’s just say what we are actively monitoring and providing assistance whenever, wherever we’re requested as these negotiations are going on. 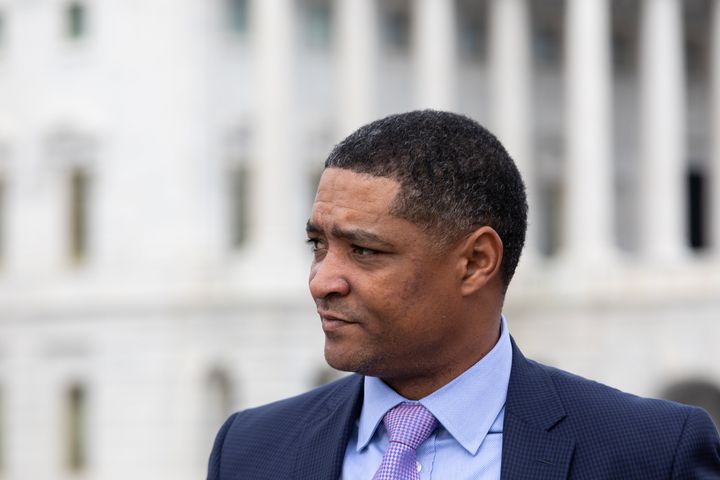 Ending qualified immunity seems to be a sticking point. Where does the White House come down on that, and how important is it to a final bill? Are there any red lines for the president of things that must be in it?

It has to be a substantive bill and it has to address what is happening far too often in this country. And so we’re not negotiating and setting red lines in public. We’re giving Congress the space to do it, but we would like to see a meaningful bill.

Rep. Jim Clyburn has said qualified immunity doesn’t necessarily have to be part of the bill. Do you have any thoughts on that?

No, Congressman Clyburn is one of my close friends. He is a historian. I know how important this issue is to him, but I think he was speaking for … those were his views.

My views don’t come into play, but I can tell you President Biden’s view is that it has to be a substantive bill. I agree with him. And we have to have ways to make it transparent and hold police accountable and at the same time, make sure that to the extent you can, economically make families whole. That is important.

Crime is up in many American cities over the past year. Do you worry that could make passing this legislation more difficult?

Do I worry that crime going up could impact passing this legislation? Well, I hope that one has nothing to do with the other. Where we’re concerned, we will continue to look at and monitor and work on crime prevention measures such as the community violence money that we put in the American Jobs Plan. But we think that constitutional policing and not violating people’s rights and not using excessive force is a separate issue.

We’ve seen the restart of DOJ pattern and practice investigations, but that’s not a nationwide solution and isn’t always the best or most effective solution in every city or town. What role can the federal government play in encouraging police reform?

Practice and pattern investigations are very important tools. And they are significant. I live in a city that had a consent decree. I would hate to downplay how important it is in terms of setting tone to other police departments to know that you have a Justice Department that is watching and mindful of constitutional policing and excessive force complaints and down the line.

This interview has been edited for clarity and length.

Read live updates on the anniversary of Floyd’s death here.