EXCLUSIVE: Virginia Republican gubernatorial candidate Pete Snyder is making his final pitch to GOP voters, saying if they want a “true conservative” who can “save” small businesses and “shake Richmond to its very core,” he is “absolutely their guy.”

Republicans in the commonwealth will select their gubernatorial nominee at the GOP convention on May 8. 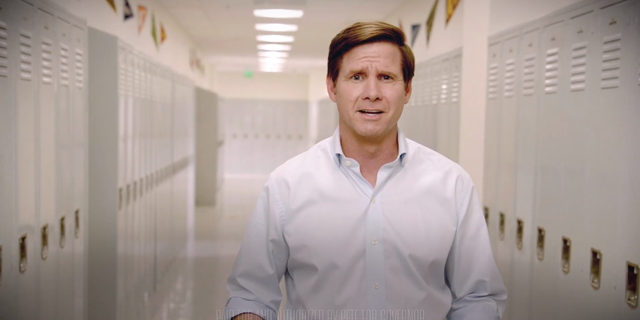 “If voters are happy with what they see out of President Biden and Vice President Harris in Washington, and Northam out of Richmond, if you like the status quo, I am absolutely not their candidate,” Snyder explained.

“But if they want a true conservative, who has been in the movement for 25 years, and who is an actual small business entrepreneur who can push and save small businesses and shake Richmond to its very core, I’m absolutely their guy,” he said.

“It is the closing week of the campaign and we are closing with the very red hot issue that we started with and hammered all the way through, which is fixing and opening Virginia schools,” Snyder said.

Snyder has run much of his campaign focused on re-opening schools in Virginia amid the coronavirus pandemic, spending millions of dollars in television ads across the state, and in digital, as well as ads in mailboxes to Virginians to advertise his “#OpenOurSchools” movement.

Snyder said the “hybrid model is not working,” as schools begin to open and bring students back to the classroom for several days a week.

“Kids are truth tellers, whether you like it or not,” Snyder said. “They’re saying it is not working for them, and we need to get our students back in the classroom.”

Snyder was referring to what fifth grade students told President Biden on Monday during his visit to a Virginia classroom.

One said, “if we were really tired, we could like take a little nap.” Another said, “sometimes when Ms. B was like paying attention to something else you could eat and it was fun.” Yet another student added that, “If you don’t know the question, you can just pretend like your mic doesn’t work.”

Snyder said that teachers unions in the state are “coming after” him, and not any other Republican candidate in the race.

“The only Republican candidate they are aiming fire at is me,” Snyder told Fox News. “I love it and I wear it as a badge of honor.”

Meanwhile, if elected governor, Snyder told Fox News that “on day 1, I would get rid of all these ridiculous mandates and unconstitutional executive orders and get the Virginia economy fully open, save the heartbeat of our communities and small businesses.”

Snyder told Fox News that he and his wife, earlier this year, created a nonprofit, the Virginia 30 Day Fund, which he said “helped save nearly 1,000 small businesses across the state.”

“No one in this race has done more to save small businesses than I have,” Snyder said.

Virginia hasn’t had a Republican governor since 2014 and hasn’t voted for a Republican presidential candidate since 2004.

Democrats will decide their gubernatorial candidate in a primary election on June 8.

But in his last week campaigning, Snyder is “barnstorming” the state, serving up his policy proposals— along with some traditional Virginia BBQ. 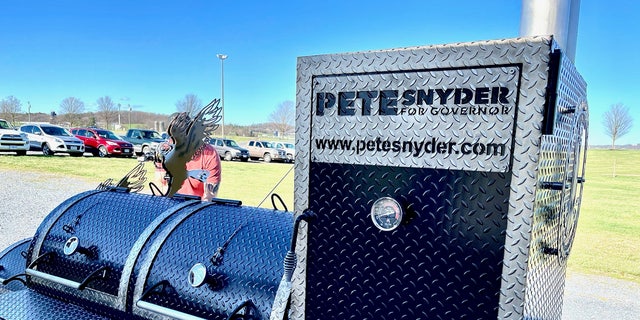 “I am a world certified BBQ judge,” Snyder told Fox News. “I married a girl from Memphis, Tenn., and the BBQ came as a dowry. We actually have a BBQ smoker—Pete’s Pig Rig.”

Snyder told Fox News the “pig rig” is following him “all across the campaign trail.”

“I’ve found as I’m trying to win conservative hearts and minds, sometime it is best to go through the stomach first,” Snyder said.