A US Navy amphibious assault ship sailed into Hawaii this week carrying an unusual collection of aircraft — vintage World War II planes rather than the usual helicopters and F-35 stealth fighters. 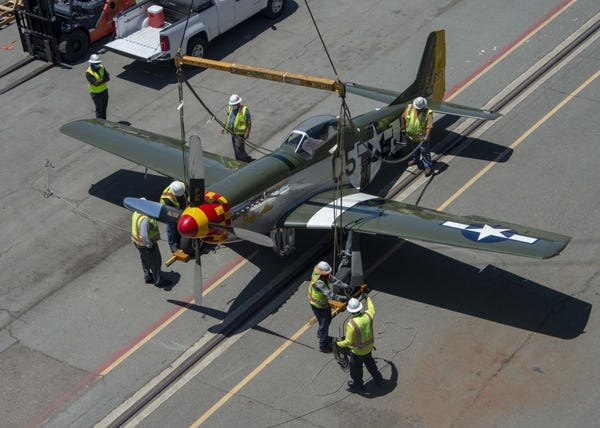 The vintage military aircraft, known as "warbirds," are expected to take part in a ceremony celebrating the 75th anniversary of the end of WWII. 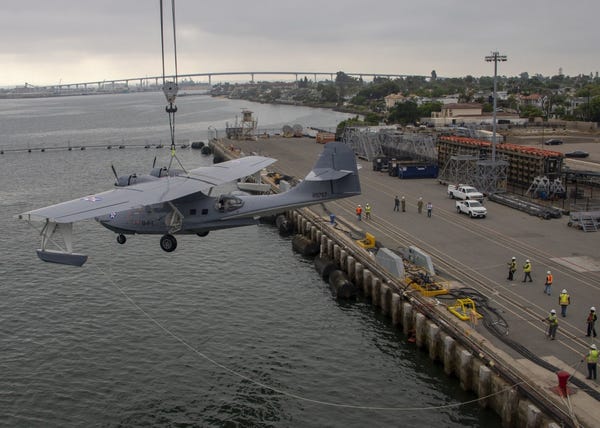 This week, the Essex, a Wasp-class vessel, sailed into Pearl Harbor, a Hawaii military base that suffered a surprise Japanese attack on December 7, 1941, finally pulling America into the war. 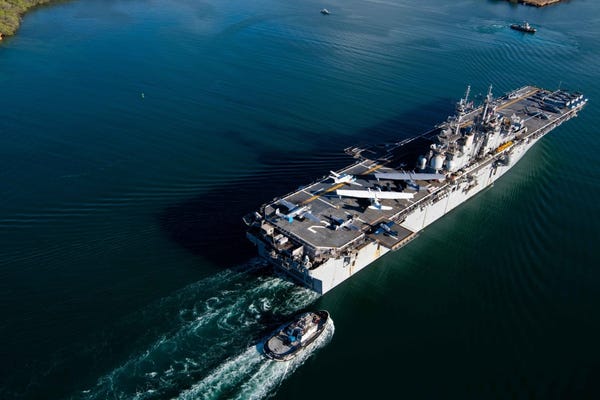 The US and its allies declared victory over Imperial Japan on August 14, 1945; however, the formal surrender did not come until September 2. 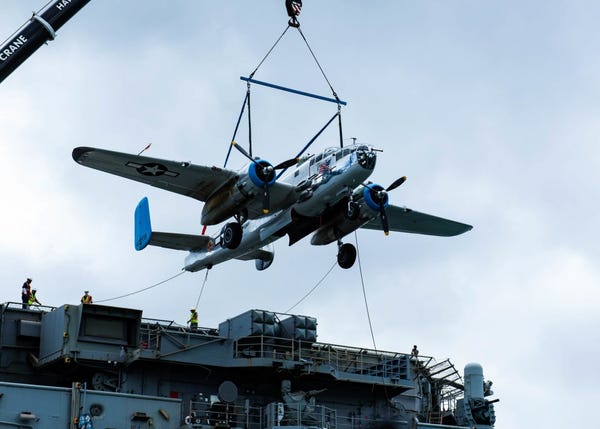 In addition to the aircraft pictured here, the collection of warbirds delivered to Hawaii includes an FM-2 Wildcat fighter, a Boeing-Stearman PT-17 biplane, and an F8F Bearcat fighter. 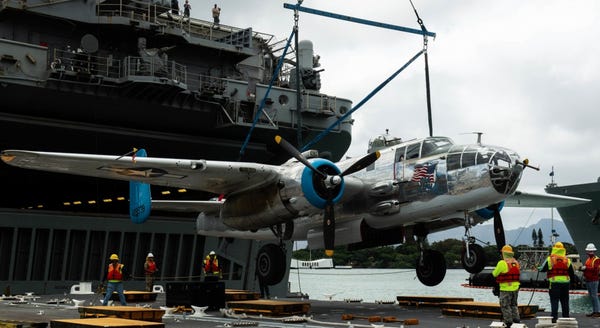 The planes will participate in three aerial parades on August 29, August 30, and September 2. 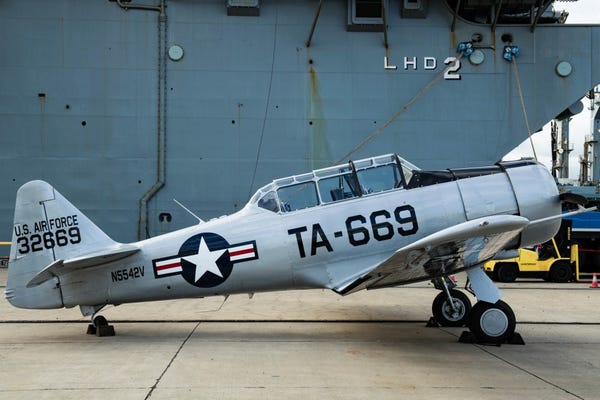 Veterans who watched Japan surrender aboard the battleship USS Missouri in Tokyo Bay in 1945 are expected to attend the commemoration event, the theme of which is "Salute Their Service, Honor Their Hope." 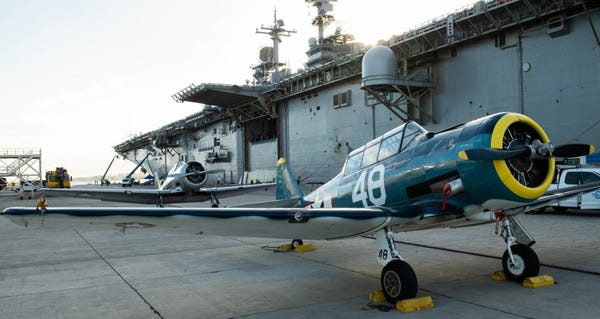