The Commission President refused an official invitation extended by Ukrainian President Volodymyr Zelenskiy for the 30th anniversary of Ukrainian independence in August. But breaking her own Commission’s protocol, Ms von der Leyen failed to respond to the Ukrainian leader personally.

Instead, her cabinet chief Björn Seibert responded to the invitation saying the President has a “particularly heavy agenda” in August.

Mr Seibert signed the reply with his own name, instead of signing it on behalf of Ms von der Leyen.

He wrote: “Regrettably, the President is unable to give a positive response to your invitation due to a particularly heavy agenda on the days in question.

“Thank you in advance for your understanding.” 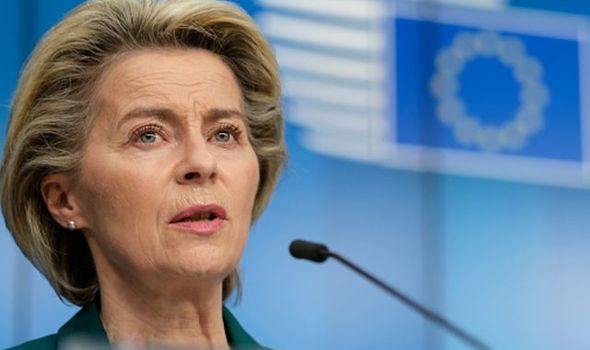 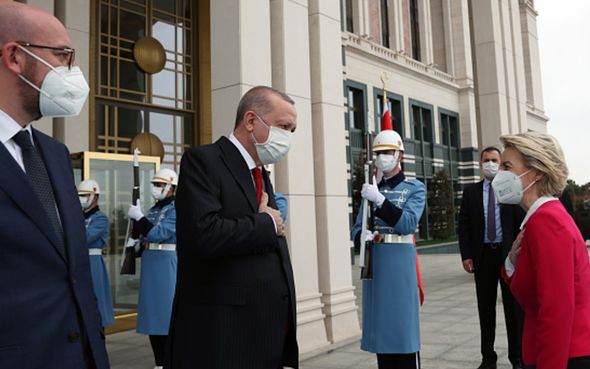 He added: “President von der Leyen has asked me to pass on her best wishes for a successful summit and her congratulations to you and the people of Ukraine on this important anniversary.”

EU officials and diplomats are now questioning why Ms von der Leyen refused the invitation given EU institutions are mostly shut in August.

The Commission’s chief spokesman, Eric Mamer, declined to comment on the letter.

He said: “We have no comment on correspondence between the Commission and the authorities of third countries.”

The rejection also highlighted the disparity between the Commission and the Council, after President Charles Michel responded to the same invitation saying he will do his best to be there, even at the cost of cancelling his own holidays.

The meeting unleashed a row between the Commission and the Council after Mr Michel was accused of failing to defend Ms von der Leyen.

Mr Erdogan had presented the two leaders with just one chair next to his, leaving the Commission chief to sit on a sofa further away.

DON’T MISS:
60% of von der Leyen’s meetings are with corporate lobbyists [GRAPH]
EU plagued by ‘so much bitterness’ as Brexit feud erupts [INSIGHT]
EU wanted to make Brexit as ‘painful as possible'[ANALYSIS] 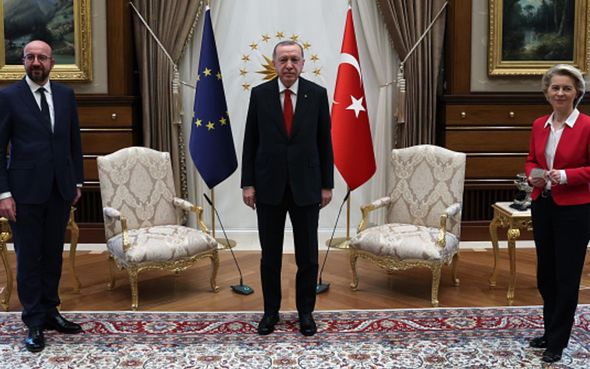 The incident, caught on camera, sparked calls for Mr Michel to resign.

The Council leader said he was suffering from bad nights due to the embarrassment.

He told German newspaper Handelsblatt: “I make no secret of the fact that I haven’t slept well at night since because the scenes keep replaying in my head.”

He added that if it were possible he would go back and fix it.

EU ambassadors discussed the matter on Wednesday. One diplomat told Politico the two presidents “have been asked to stop inter-institutional fights”.

They stressed that if there are protocol issues they should be addressed, but the EU treaties are clear on the division of labour between the two presidents, adding that Mr Michel had apologised enough.

According to one of the participants, Mr Michel’s diplomatic adviser Simon Mordue stressed twice during the meeting the need to turn the page.

Yet one participant told Politico: “I’m not sure Commission is ready to bury the hatchet, but if it won’t, then this story will die out of boredom.”