Defence secretary Ben Wallace told BBC Breakfast this morning that the new HMS Queen Elizabeth aircraft carrier will project British power to the world. Speaking live from Portsmouth, where the new NATO 5th generation warship will leave for operations next month, he explained how Britain is delivering on defence capability for NATO. The ship will be packed with high-end military equipment and be flanked by an array of ships, submarines and a Royal marines, Dutch and US armed forces presence.

Mr Wallace told BBC Breakfast: “What we are going to do is go back to delivering that capability we have for NATO.

“But also projecting Britains power, both soft power and the hard power.”

The Defence Secretary added: “Because not only is this ship about being able to deliver solidarity with people who stand for the same values and the rule of law and democracy. 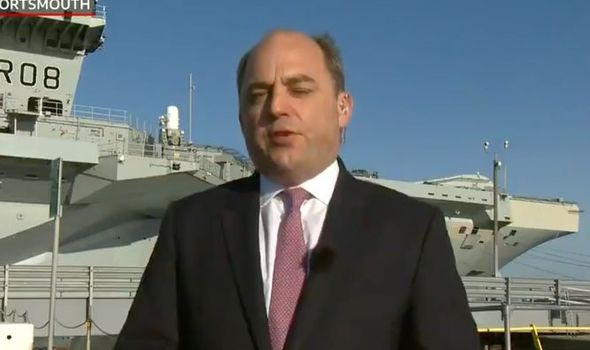 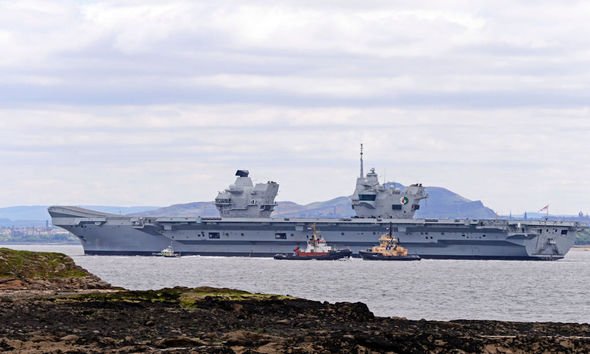 The Tory MP went on by saying the aircraft ship is a “convenor” and also described it as being “a floating trade centre.”

He explained: “This will come alongside countries around the world and show what British engineering can do.”

Mr Wallace added HMS Queen Elizabeth shows “what we can do if we work together.”

He described the ship as being “the best of British” as the ship and much of the gear on board were constructed across Britain.

Putin: Expert on Britain’s ‘point of weakness’ to Russia 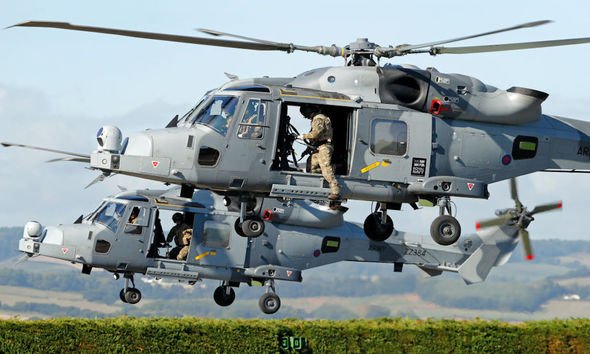 The £3bn aircraft carrier will head for Asia next month in what will be the biggest naval deployment since the Falklands War.

It will carry out a 28-week deployment and visit around 40 countries for more than 70 engagements and will be involved in an exercise marking the 50th anniversary of the Five Power Defence Arrangements with Malaysia, Singapore, Australia and New Zealand. 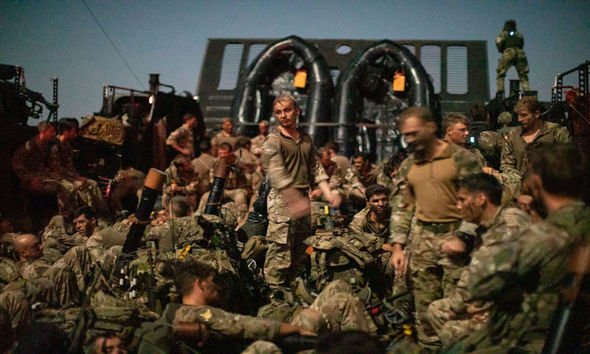 Eight RAF F35B stealth fighter jets will be on board the aircraft carrier which will be flanked by six Royal Navy ships, a submarine armed with Tomahawk cruise missiles, 14 naval helicopters and a group of Royal Marines.

The six ships flanking the 5th generation ship will be a ‘surface fleet’ made up of two Type 45 destroyers HMS Defender and HMS Diamond, two Type 23 anti-submarine frigates HMS Kent and HMS Richmond, and the Royal Fleet Auxiliary’s RFA Fort Victoria and RFA Tidespring will also sail alongside.

US forces will be on board and patrol alongside the ship, Dutch forces will also patrol with a frigate.