Home » Politics » ‘UK lost trust in EU a decade ago!’ Britons rage at Barnier after Brexit warning to Boris

‘UK lost trust in EU a decade ago!’ Britons rage at Barnier after Brexit warning to Boris

UK and European Union tensions are at an all-time high, with both sides at loggerheads over Britain’s implementation of the Northern Ireland Protocol – a key part of the Brexit agreement. Now the EU’s former chief Brexit negotiator Michel Barnier has warned the UK Government they will have to tread carefully not to undermine trust between the UK and the bloc. Speaking to Euronews, he said: “I am confident that this great country will respect their signature, even if there are intentions that I struggle to understand.

“Because if you look at things in perspective, the most important thing for the British is to maintain a market of 450 million consumers with a big neighbour.

“If they question their signature, it would be serious for the trust we need.”

But the latest warning towards the UK from Mr Barnier has sparked a furious reaction from Britons.

One Express.co.uk reader reacting to our initial story raged: “Undermine trust! What the heck have the EU done to earn any trust from the UK?” 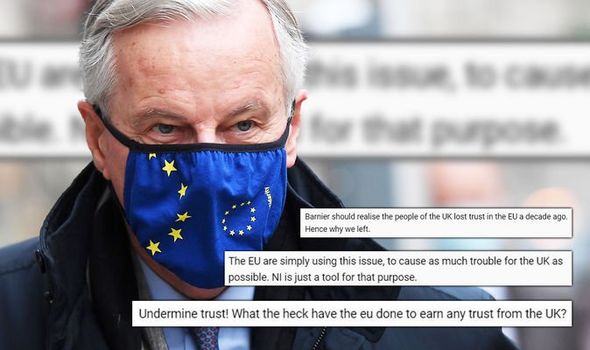 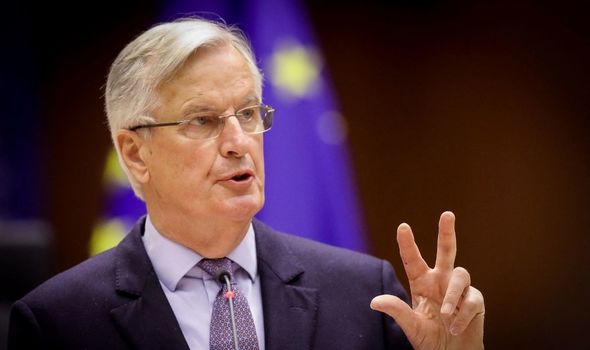 Another person lashed out: “Barnier should realise the people of the UK lost trust in the EU a decade ago. Hence why we left.”

“He fears that the UK will rip up the agreement and with it shut the gates to ‘treasure island’ tight!”

Another person added: “The EU are simply using this issue to cause as much trouble for the UK as possible. 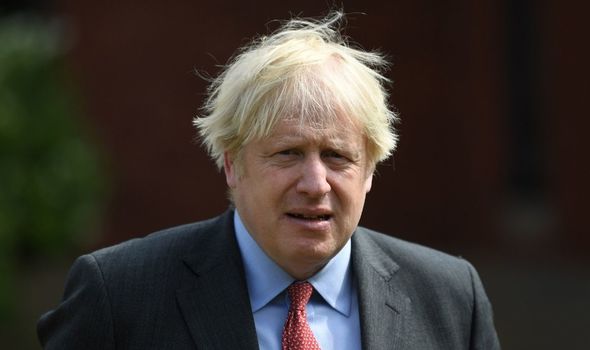 “NI is just a tool for that purpose.”

Last week, the EU agreed to a three-month extension to the grace period limiting the number of checks on goods travelling between Northern Ireland and the rest of Britain.

During her recent visit to Britain, German Chancellor Angela Merkel said she was “optimistic” a solution could be found to avoid further trade disruption between Northern Ireland and mainland UK.

She said: “It is good news that it is extended for three months and in that time it should be possible to solve this pragmatically. 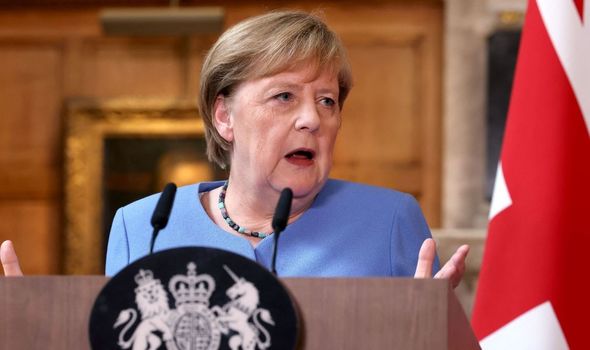 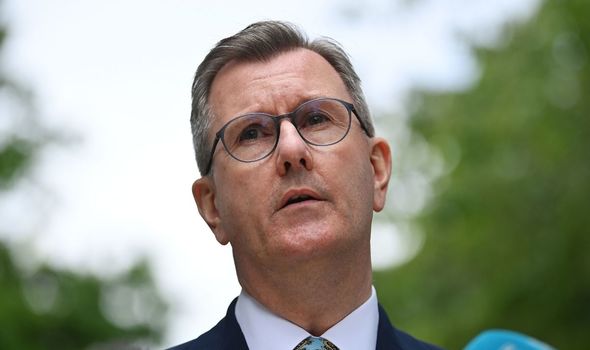 “I am optimistic that it will be possible.

“I personally believe that within the framework of this Northern Ireland protocol… we can find pragmatic solutions.”

Sir Jeffrey Donaldson, the new leader of the DUP, warned the Brexit protocol damaged Northern Ireland’s relationship with both Great Britain and the Republic.

He told Sky News: “At the heart of the Belfast or Good Friday Agreement are our three sets of relationships, and there’s a very delicate balance within that agreement as to how those relationships are managed.

“One of the key relationships is that between Northern Ireland and Great Britain.

“The agreement is very clear. The principle of consent protects the rights of the people of Northern Ireland to determine their constitutional status.

“When you harm one of those relationships, you harm all of them by extension.

“That’s exactly what we’ve seen happening because our relationship with Great Britain has been harmed by this protocol.

“So too our relationship with the Republic of Ireland has been harmed, and indeed it has undermined and destabilised relationships within Northern Ireland itself.

“We’ve seen that even on our streets. So it is imperative for all of us that we resolve these issues.”