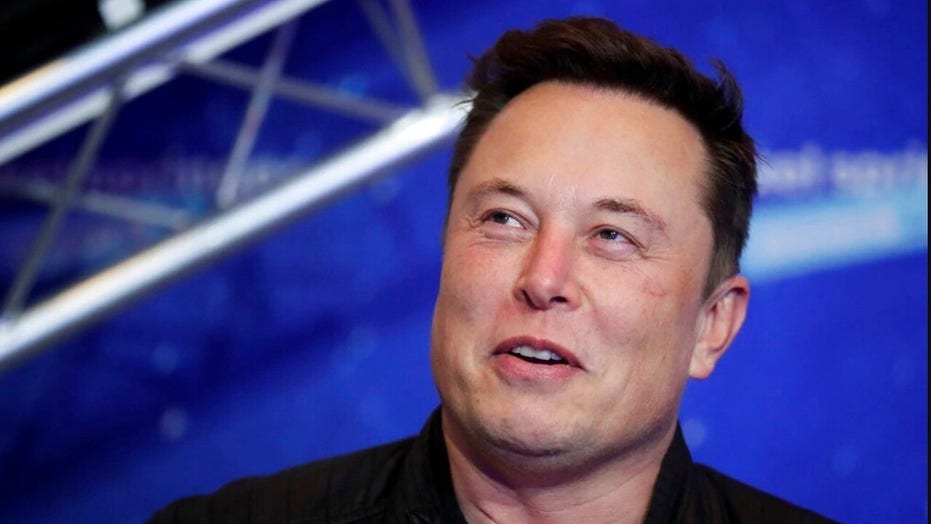 Conservatives want an end to bias

Juanita Broaddrick has been banned from Twitter after the platform flagged her most recent tweet challenging the effectiveness of the coronavirus vaccines.

Broaddrick, the former nursing administrator who accused former President Bill Clinton of raping her, provided to Fox News Digital an email from Twitter announcing the suspension of her account.

The company said her account has been locked for “violating the policy on spreading misleading and potentially harmful information related to COVID-19.” 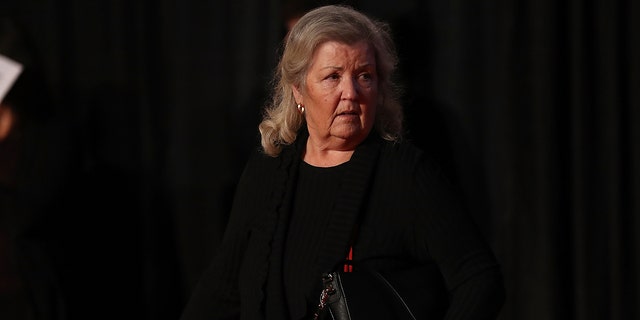 The statement included the original tweet that sparked the ban, in which Broaddrick challenged the effectiveness of the coronavirus vaccines, suggested that pharmaceutical companies enormously profited because of them, and conspicuously claimed the vaccines “alter DNA.”

“When will this vaccine crap be over? Big Pharma has profited enough for the next hundred years. Stop pushing vaccines that don’t work and alter DNA,” she said in the tweet, initially posted on April 9, according to the screenshot obtained by Fox News. 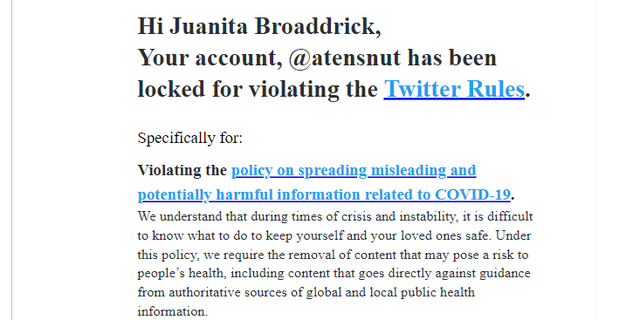 “We understand that during times of crisis and instability, it is difficult to know what to do to keep yourself and your loved ones safe. Under this policy, we require the removal of content that may pose a risk to people’s health, including content that goes directly against guidance from authoritative sources of global and local public health information,” the company said. 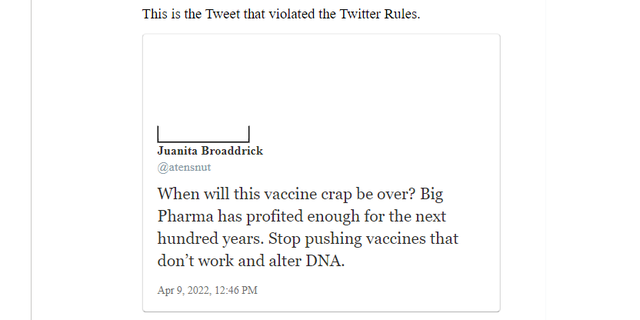 Twitter did not immediately respond to an inquiry from Fox News.

The social media site instructed Broaddrick that repeated offenses could result in the “permanent suspension” of the account. The statement did not clarify if a previous violation occurred or if this was the first offense.