Liz Truss is facing a growing Tory rebellion over the economy, which one MP described as “extinction-level stuff”. Conservative MP Simon Hoare described it as “inept madness”. He said: “These are not circumstances beyond the control of Govt/Treasury.

“They were authored there. This inept madness cannot go on.”

Another Tory MP told the Guardian: “It’s extinction level stuff. This is like 2008 but worse.

“We’re messing with the very fundamental principle of providing a home for your family. That’s why it’s different: it’s real stuff”.

This comes after the Chancellor’s mini-budget caused chaos in the economy, with the pound falling to a record low against the dollar earlier this week. 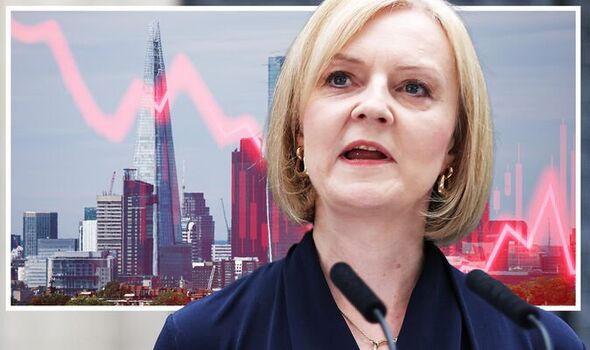 Today, the Bank of England was forced to intervene over a “material risk” to the UK economy.

It will start buying bonds in order to stabilise what it described as “dysfunctional markets”.

The BoE said: “Were dysfunction in this market to continue or worsen, there would be a material risk to UK financial stability.”

It didn’t say how big the purchases would be but said they will be carried out on “whatever scale is necessary”.