Trump’s NATO meeting will help him face down Putin, US ambassador says 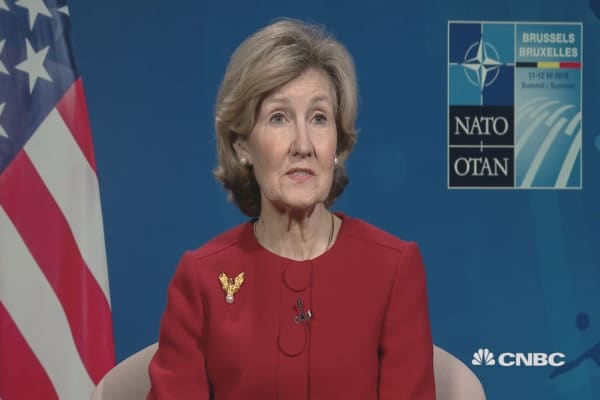 The US ambassador to NATO said Tuesday that a positive summit in Brussels could help President Donald Trump be tough with Russian leader Vladimir Putin.

Trump will face fellow leaders on Wednesday and Thursday at the NATO meeting in the Belgian capital. Next Monday in Helsinki, Finland, he will sit down with Putin.

Kay Bailey Hutchison told CNBC’s Hadley Gamble in Brussels that fears the transatlantic alliance would be weakened by a blossoming relationship between the U.S. and Russian leaders were misplaced.

She said a successful meeting of NATO partners will, in fact, allow Trump to talk firmly with his Russian counterpart.

“He is going to have a strong and good summit of allies where we talk frankly, but we are together on the big issues and that’s a position of strength going to talk with Vladimir Putin,” the ambassador said.

“He’s going to say, stop the malign behavior, particularly in the U.K. but also in many other countries,” she added.

Trump has time and again criticized NATO member countries that have failed to hit a target, agreed in 2014, to spend 2 percent of their gross domestic product (GDP) on defense spending.

Earlier Tuesday, Trump gave another reminder of his unhappiness by tweeting that: “NATO countries must pay MORE, the United States must pay LESS. Very Unfair!”

Later in front of the White House, he told reporters that, “NATO has not treated us fairly but I think we’ll work something out.”

Hutchison said Tuesday that Trump will continue to focus his NATO comments on burden-sharing because he believes that is what will makes a strong alliance.

“On his agenda is the deterrence factor plus counterterrorism. Those are the two things that he has asked to be a priority and they are going to be delivered, I believe,” she said. 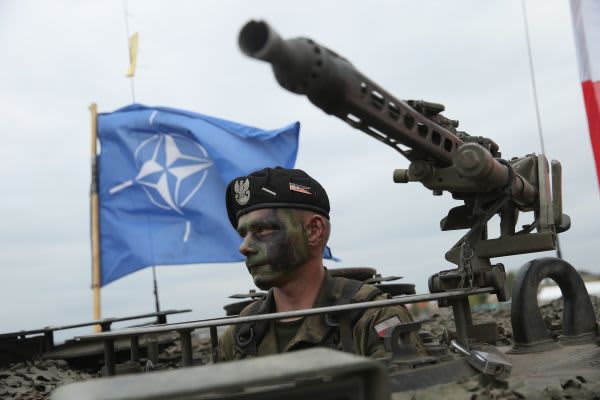 Last week, NATO Secretary-General Jens Stoltenberg told CNBC that the alliance was moving in the right direction and that President Trump recognized that.

“The good news is that we have started to do exactly that and we have started to see a significant increase,” Stoltenberg said. ”Over the past few years, we have added $87 billion from Canada and the European allies and that makes a real difference.”