Home » Politics » Trump would cut taxes by about $1.7T, Biden would hike by $4.3T: Budget watchdog

Trump would cut taxes by about $1.7T, Biden would hike by $4.3T: Budget watchdog

A report released on Wednesday by the Committee for a Responsible Federal Budget (CRFB) estimates that Democratic presidential nominee Joe Biden's proposed policies would increase taxes by about $4.3 trillion over 10 years while President Trump's would decrease tax revenue for the government by about $1.7 trillion, even as Biden's overall fiscal agenda would likely increase the federal deficit slightly more than Trump's.

The CRFB report notes that there is a wide disparity between the low- and high-end potential deficit effects of the Trump and Biden agendas, largely because of significant vagueness in both men's plans, especially Trump's

At the high end, Biden's policies could increase the federal deficit by $8.3 trillion over the next 10 years above what is projected under current law, while Trump's could boost the deficit by $6.85 trillion. On the low end, Trump is projected to raise the deficit by at least $700 billion while Biden, according to the CRFB, might decrease the federal deficit by $150 billion if all of his spending meets low-end estimates and his taxes generate maximum income for the government. These estimates exclude one-time policies, CRFB said.

But the disparity between the two is most clear on taxes, where CRFB estimates at the low-end Biden's policies would raise taxes by $3.65 trillion by 2030 and potentially as much as $6.6 trillion.

The largest tax increase under the Biden plan would come from an increase in corporate tax rates to 28% from 21%, along with a handful of other tax hikes including a 15% minimum tax on "book" profits. That would bring in $1.8 trillion, according to the CRFB's central estimate.

Biden would also increase taxes on those making more than $400,000 per year by boosting the top income tax bracket rate to 39.6%  from 37%. He would boost capital gains taxes to 39.6% from 20% for individuals and couples making more than $1 million and he would eliminate the "stepped-up basis" at death on capital gains for higher earners. Those individual tax policies, along with a handful of others, would result in about $1.4 trillion in tax hikes — though the CRFB high-end estimate on this category goes as high as $2.3 trillion.

Biden would also increase the payroll tax minimum for Social Security (a $900 billion tax hike), charge large banks a "financial risk fee" ($100 billion) and have the IRS crack down on tax evasion ($100 billion), according to the CRFB. 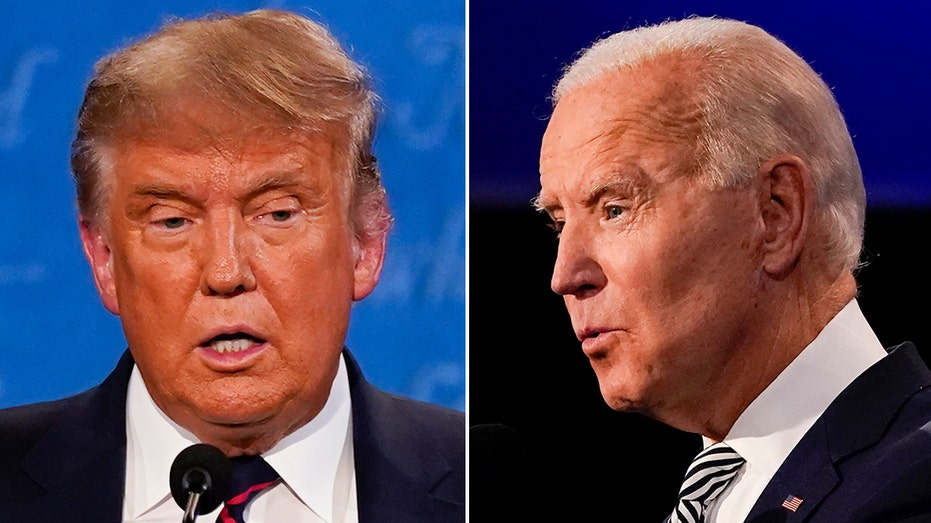 President Trump and Joe Biden’s tax policies differ significantly, with the CRFB estimating that Biden would hike taxes by about $4.3 trillion and that Trump would cut taxes by $1.7 trillion.

RICH COUNTRIES COULD BE CLOSE TO NORMAL BY LATE 2021 IF VACCINE WORKS, BILL GATES SAYS

Trump's tax policy, meanwhile, is all tax cuts and does not include any hikes. Because the Trump campaign has been extraordinarily light on details, its individual tax reduction policy amounts to a promise to "cut taxes to boost take-home pay and keep jobs in America," according to the CRFB. So the budget watchdog substitutes in a handful of policies that would fall under that umbrella.

For example, the CRFB posits that Trump would extend cuts in the Tax Cuts and Jobs Act of 2017. It also includes in its high-end estimate of cuts that the president might support including cutting income taxes for those in the middle class, cutting capital gains taxes to 15%, indexing capital gains taxes to inflation and cutting the 22% marginal income tax rate for individuals to 15%.

With just the Tax Cuts and Jobs Act, CRFB's central and low-end estimates for the of those tax cuts are flat at $1.25 trillion. But with the additional proposals, Trump could potentially cut individual taxes by $2.45 trillion.

Trump's other proposed tax cuts, including breaks for insourcing from China, the expansion of opportunity zones and 100% expensing for essential industries, would hit the federal budget for significantly smaller amounts than the individual tax cuts. The 100% expensing for essential industries, which CRFB central estimates say would cost $350 billion, represents the largest cut among those.

On the spending side, CRFB estimates Trump's spending increases would largely be marginal on issues like school choice while his health care proposals would actually save the government money, as would reduced Middle East troop involvement.

Biden, by contrast, supports a laundry list of spending items that would quickly eat through much of the revenue raised by his taxes, including central estimates of $1.9 trillion for his public health care option and other health policies. Biden would also spend an estimated $3 trillion in environment-related projects.

Proposals on reducing health care costs and decreased troop involvement in the Middle East would also save money for Biden, but not to the extent that his tax increases would pad the federal budget by about $4.3 trillion, taking some sting out of the $11.1 trillion gross cost of his agenda. Trump's initiatives would only have a gross cost of about half of that, but without the bump of increased taxes.

The CRFB says its estimates were based largely on modeling from the American Enterprise Institute, Penn Wharton Budget Model, Tax Foundation, and Tax Policy Center, while its low-end cost estimates come largely from the Biden campaign. The estimates also exclude any proposals specifically having to do with coronavirus aid.