Trump to nominate Milley as next chairman of Joint Chiefs 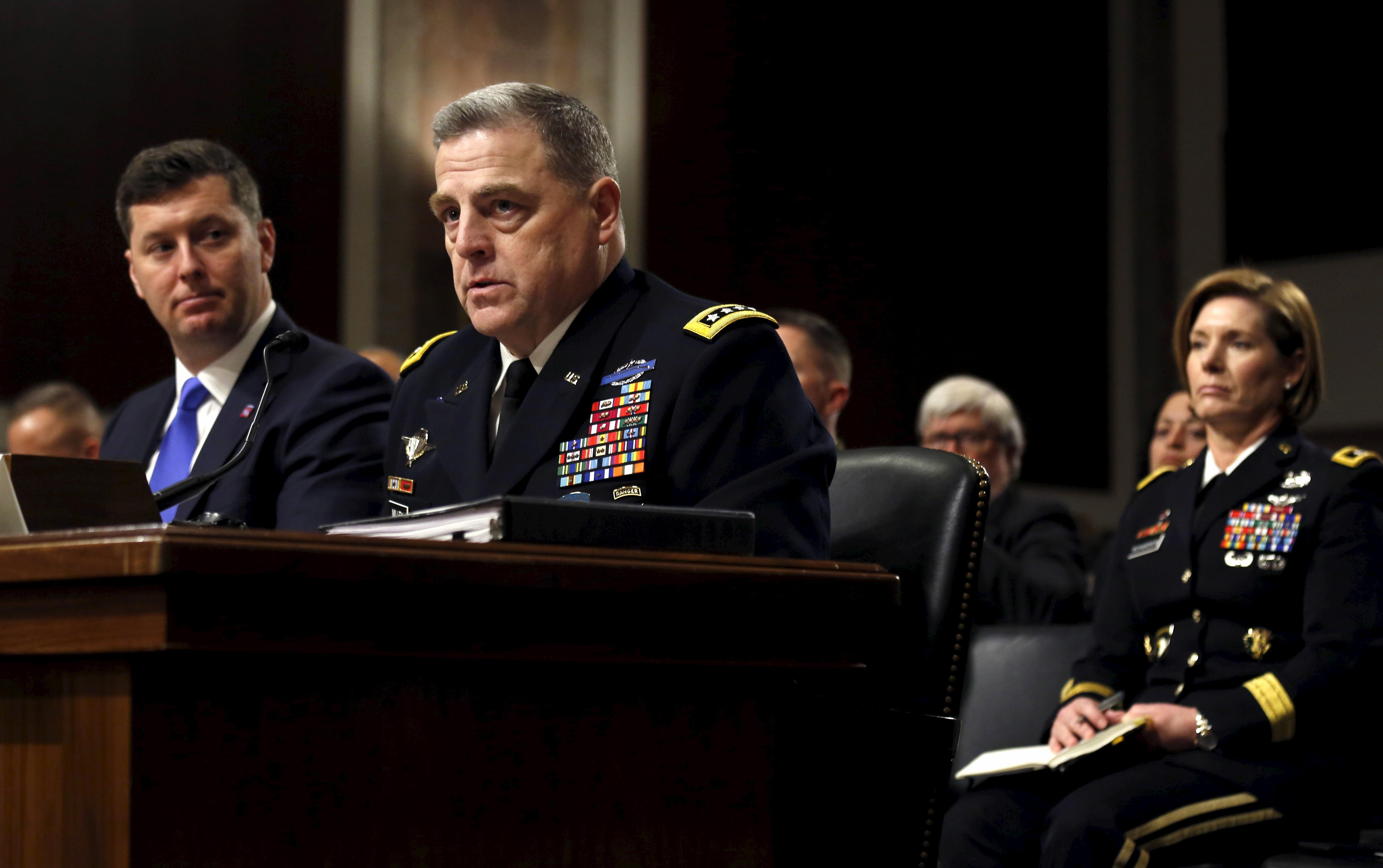 WASHINGTON (Reuters) – U.S. President Donald Trump announced on Saturday that he would nominate four-star Army General Mark Milley to be the next chairman of the Joint Chiefs of Staff.

Trump said on Twitter that Milley, currently the Army chief of staff, would take over as the top U.S. military commander from Marine General Joseph Dunford at a date to be determined.

“I am thankful to both these incredible men for their service to our country,” Trump said on Twitter.

Milley would have to be confirmed to the top military post by the Senate.

Trump’s announcement comes months earlier than expected. Dunford would normally remain as chairman of the Joint Chiefs of Staff until a scheduled Oct. 1, 2019, handover.

A spokesman for the Joint Chiefs of Staff said that indications were that Dunford would complete his term, but he referred questions on the matter to the White House.

“General Dunford congratulates General Milley on his selection as the nominee to be the next chairman of the Joint Chiefs of Staff. He has served with General Milley in peacetime and in combat and has the highest regard for his leadership,” said Colonel Patrick Ryder.