Home » Politics » Trump says he will not release his tax returns

Trump says he will not release his tax returns

WASHINGTON (Reuters) – U.S. President Donald Trump on Wednesday held steady in his refusal to publicly release his tax returns, despite mounting pressure in Congress that is likely to spur a legal battle for the documents to be disclosed. 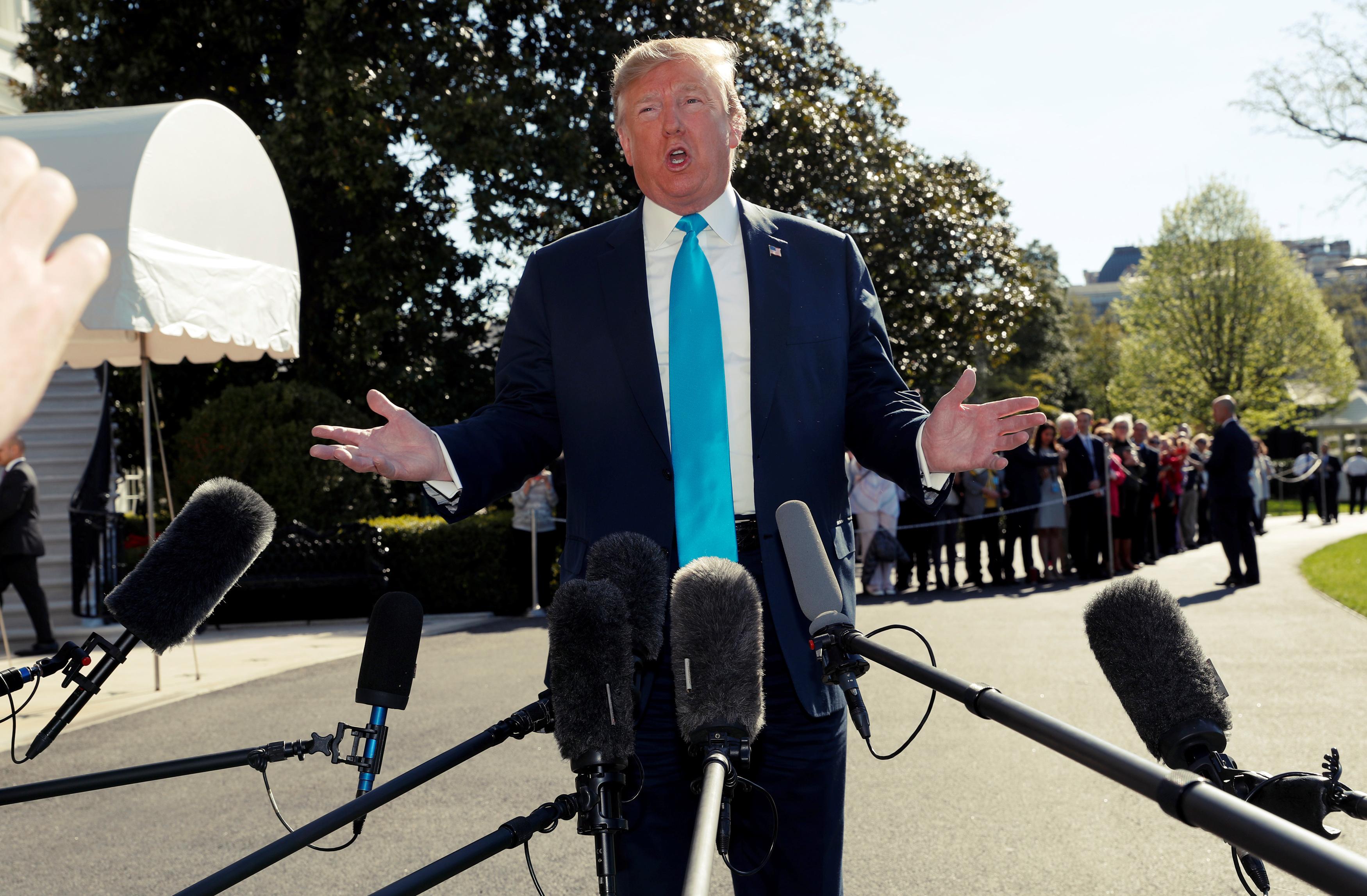 Speaking to reporters at the White House, Trump said Americans did not care about the issue and that his returns were being audited by the Internal Revenue Service (IRS), which tax and legal experts have said does not prevent their release.

“I would love to give them, but I’m not going to do it while I’m under audit. It’s very simple,” Trump told reporters.

Last week, the Democratic head of a powerful U.S. House committee asked the IRS for six years of Trump’s personal and business tax returns, a long-awaited request that was expected to lead to a lengthy court battle.

Democrats say that a provision in the IRS service code enacted in 1924 requires the Treasury Department secretary to turn over returns to the chairmen of the congressional tax committees who ask for them for investigative purposes.

On Tuesday, Treasury Secretary Steven Mnuchin said that Treasury Department lawyers had held “informational” discussions with the White House about an expected request for the returns.

As a presidential candidate in 2016, Trump broke with a decades-old convention of releasing tax returns publicly.

Democrats say the request to see Trump’s tax documents is grounded in law and is needed, citing Trump’s refusal to disclose his tax records or to recuse himself from his business interests. The latter include golf courses, hotels and other properties which raise questions about the potential for conflicts of interest.

Congressional Republicans oppose the effort, saying it would set a dangerous precedent by politicizing the confidential tax documents of a U.S. citizen.

Legal experts have said that little case law would be available to guide judges if Congress were to take the administration to court over Trump’s taxes.