Home » Politics » Trump says 'a vote for Biden is a vote for lockdowns, layoffs, misery'

Trump says 'a vote for Biden is a vote for lockdowns, layoffs, misery' 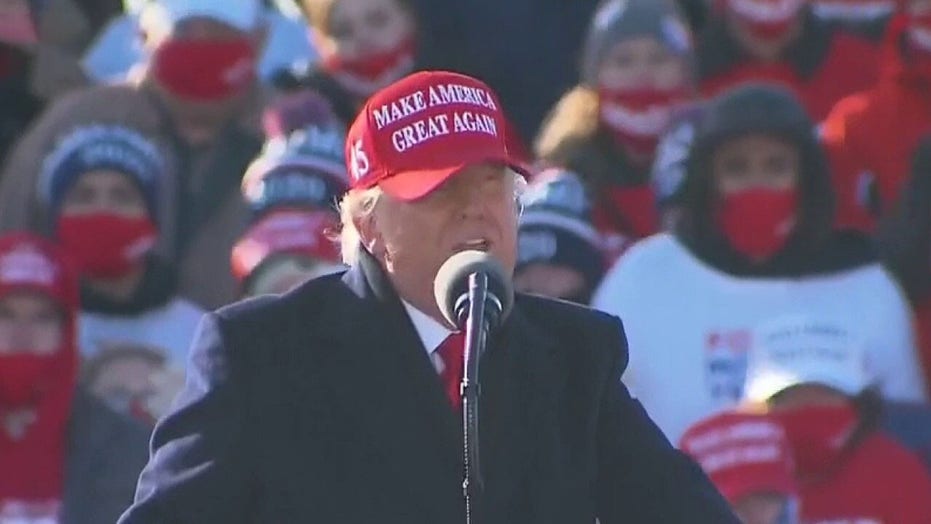 ‘The Five’ discusses how president, Democratic nominee Biden are spending their final days of campaigning.

President Trump made his case against further economic shutdowns amid a surge in COVID-19 cases during a campaign stop in Hickory, N.C., on Sunday evening.

Trump called for Democratic North Carolina Gov. Roy Cooper to open up the state during a speech to his supporters in the key battleground state. The president said his own recovery plan during the coronavirus pandemic was “creating the world’s greatest economic powerhouse” and warned that Democratic nominee Joe Biden’s approach would halt the nation’s comeback.

TRUMP WARNS VOTERS IN IOWA THAT BIDEN WILL 'DESTROY YOUR FARMS'

“Europe imposed draconian lockdowns and yet their cases are exploding, their deaths are surging and their economies are in ruins,” Trump said. “We had the smallest down and the largest up on the economy, by far. The European lockdowns are leading to more suffering, delayed medical care and financial devastation. A vote for Biden is a vote for lockdowns, layoffs, misery and getting rid of your Second Amendment.” 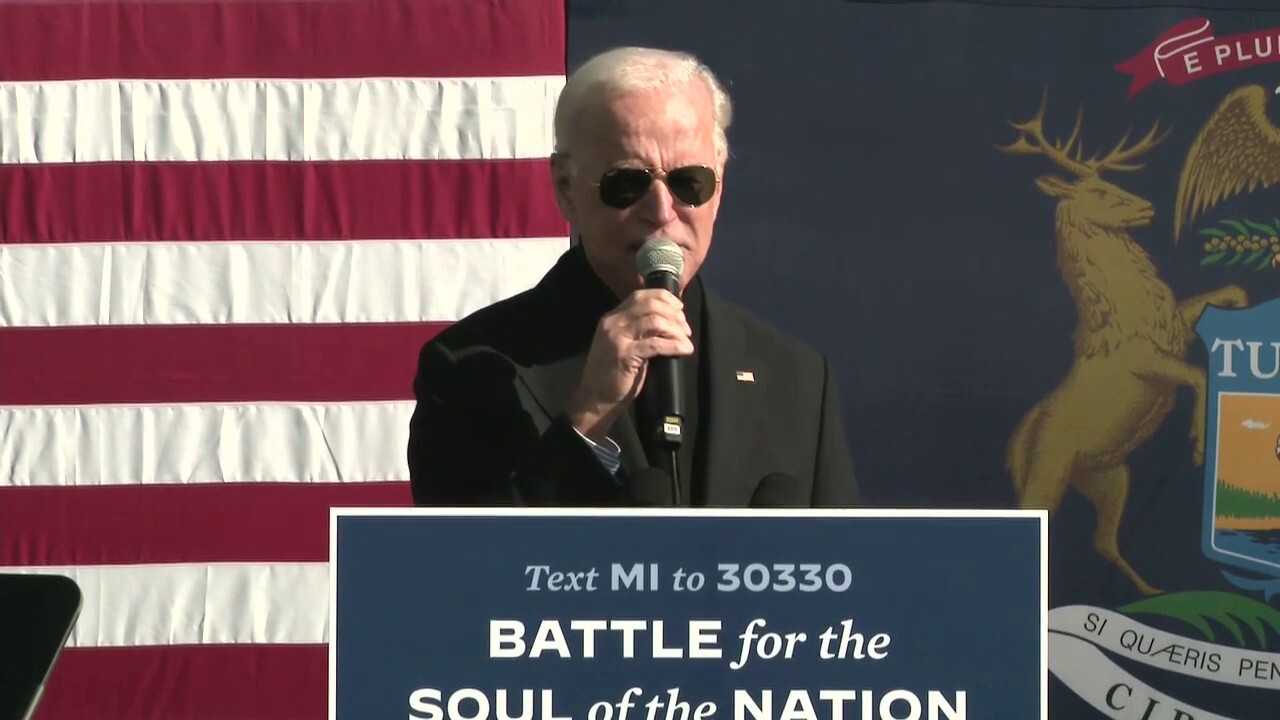 Trump ripped Biden for remarks he made last month during the final presidential debate, when the former vice president warned that America faced a “dark winter” due to a resurgence of the virus. Biden has accused Trump of moving too slowly to contain the pandemic and failing to take it as a serious threat.

Biden has called for a nationwide mandate on face masks but has not advocated for more lockdowns to date. The Democratic candidate has pledged to focus on contact tracing and increased testing to contain the pandemic.

Earlier Sunday, Biden told supporters at an event in Philadelphia that Trump’s response to the pandemic was “almost criminal.”

Trump struck a tone of optimism regarding the nation’s effort to combat the virus and said he would “deliver the greatest American comeback in history” if re-elected.

“If you want a vaccine to kill the virus, a job to support your family and freedom to live your life, then cast your vote for me,” the president said.

An average of recent polls compiled by Real Clear Politics showed Trump and Biden in a virtual dead heat in North Carolina.