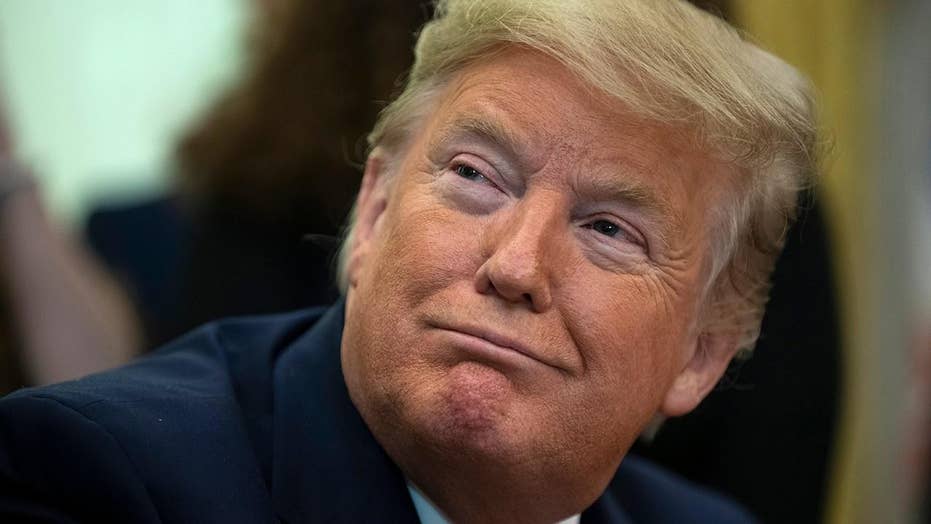 MANCHESTER, N.H. – President Trump is returning to the state that gave him his first victory in the 2016 campaign hours before the kickoff of the first primary in the race for the White House.

The president’s re-election campaign made official what had been widely expected: that Trump will hold a rally in New Hampshire on the eve of the state’s famed presidential primary.

The campaign announced on Thursday that Trump will hold his event on Feb. 10th at 7 p.m. ET at the Southern New Hampshire University (SNHU) Arena in downtown Manchester, the state’s largest city.

The president’s stop on the eve of the primary in New Hampshire follows a similar rally that he’ll hold in Iowa on Jan. 30, four days ahead of the Iowa caucuses, which kick off the presidential nominating calendar. Trump will be joined at that rally – being held at Drake University’s arena in Des Moines – by Vice President Mike Pence. GOP sources in New Hampshire tell Fox News it’s very likely that the president will also be joined at the Manchester event by the vice president.

The New Hampshire Democratic Party is holding a large event — which is expected to attract all of the remaining Democratic presidential candidates — at the SNHU arena on the night of Feb. 8. That’s just two days before primary eve – and only gives the president’s campaign 48 hours to build up for a Trump rally, which normally takes more time to complete.

While New Hampshire’s Democratic primary is grabbing all the attention, a Republican presidential primary will also be held. Polls indicate Trump is the overwhelming favorite to win the primary, as he faces nominal opposition from primary challengers former Massachusetts Gov. Bill Weld and former Rep. Joe Walsh of Illinois.

Trump convincingly topped a crowded field of GOP rivals in the 2016 primary, which launched the then-real estate mogul and reality TV star toward winning the Republican nomination and eventually the White House.