Home » Politics » Trump: Republicans need to get tougher and fight amid impeachment inquiry

Trump: Republicans need to get tougher and fight amid impeachment inquiry 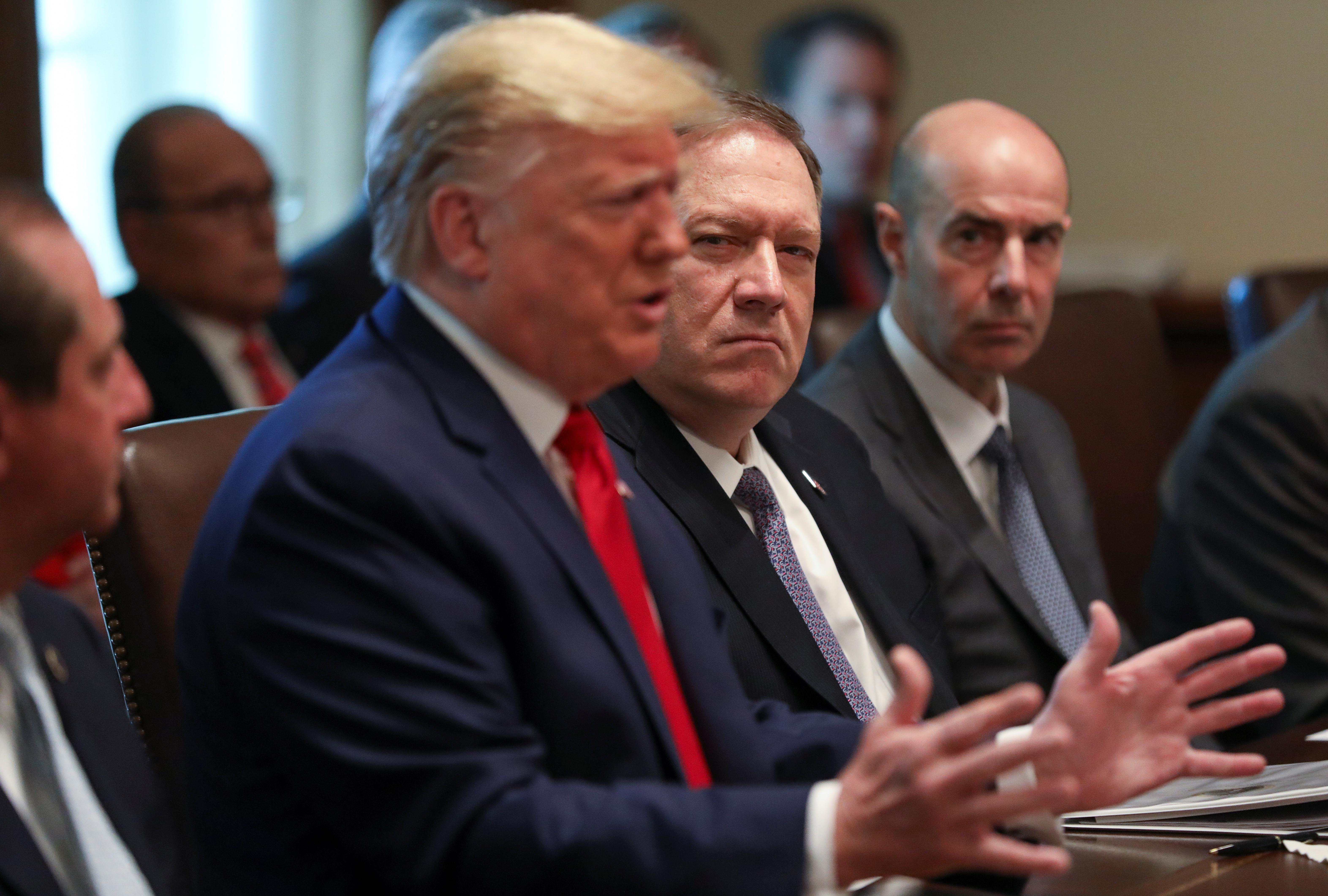 Democrats were sticking together, Trump said. “They don’t have Mitt Romney,” Trump told reporters at the beginning of a Cabinet meeting at the White House.

Trump says he did nothing wrong and the impeachment inquiry is politically motivated.

Asked if it was a forgone conclusion that House Democrats will vote to impeach him, Trump said yes, otherwise he would win the election in November 2020.

Treason! Arrest him! The Democratic lawmaker who enrages Donald Trump