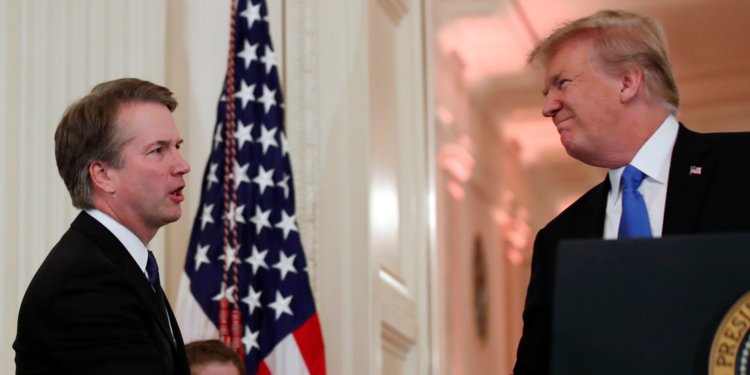 
President Donald Trump has nominated Brett Kavanaugh to replace the retiring Justice Anthony Kennedy on the US Supreme Court.

“There is no one in America more qualified for this position, and no one more deserving,” Trump said of Kavanaugh on Monday night.

Trump announced his pick fewer than two weeks after Kennedy said he would end his 30-year career on the bench. This is Trump’s second Supreme Court nominee. His first, Justice Neil Gorsuch was confirmed to the high court in April 2017.

The 53-year-old Kavanaugh has sat on the Court of Appeals District of Columbia Circuit since 2006. The chief justice John Roberts and justices Clarence Thomas, and Ruth Bader Ginsburg served on the same court.

In remarks he gave after his nomination was announced. Kavanaugh said, “My judicial philosophy is straightforward. A judge must be independent, and must interpret the law, not make the law.”

Kavanaugh also offered a nod to the Supreme Court justice he’s expected to replace, saying “the framers established that the Constitution is designed to secure the blessings of liberty. Justice Kennedy devoted his career to securing liberty.”

Kavanaugh made headlines recently when he backed the Trump administration in his dissent to a ruling that allowed an undocumented minor to receive an abortion.

According to the DC Circuit Court website, Kavanaugh volunteers, attends church, and coaches sports in the Washington, DC area, where he was born and raised.

Notably, Thomas Hardiman — one of the final four candidates for Trump’s second Supreme Court nomination — was the runner-up to Supreme Court Justice Neil Gorsuch last year when Trump was tasked to fill the seat vacated by the late Justice Antonin Scalia.

Confirmation proceedings are next, and conservatives are already going all-in to usher Trump’s nominee across the finish line.