Trump Is Treating the Military Like an Armed Publicity Team President Trump wants Tuesday’s midterm elections to be about immigration. The economy is doing well, but it’s complicated and boring. Health care, too, is a confusing issue, so much so for the president that during his final pre-election rally Monday night, he warned that Democrats would “obliterate Obamacare,” a piece of legislation Republicans have been frothing at the mouth trying to dismantle for years. But xenophobia is a powerful political tool, and Trump has done all he can to transform the caravan of Central American migrants fleeing oppression into a tentpole campaign issue. When the president’s team presented him with an economy-heavy campaign ad, he reportedly “hated” it, insisting the ad focus on immigration. The result was a 53-second spot so racist that even Fox News refused to air it.

The president understands the power of imagery. After all, he often requires visual aids to process his intelligence briefings. He also understands that because the caravan of migrants poses no actual threat to the United States, he’s going to need a lot of visuals to substantiate his claim that thousands of hardened criminals are about to invade the nation. If that were true, it would probably require military intervention, so the president decided to go ahead and send the military down to the border. He’s been able to mobilize 5,200 troops in time for the midterms, and you damn well better believe cameras were there to capture the action, which has mostly consisted of digging trenches and setting up concertina wire.

“We have our military on the border,” Trump said last week at a rally in Montana. “I noticed all that beautiful barbed wire going up today. Barbed wire used properly can be a beautiful sight.”

Just as the president paraded his daughter onstage in Ohio on Monday while lamenting that PC culture no longer allows him to call her “beautiful,” the Trump administration is making sure to show off the majestic skeins of razor wire being erected to thwart the destitute migrants who are still almost two months away from reaching the border. BuzzFeed News reported on Sunday that of the 39 units deployed to the border, five consist mostly of photographers, public relations staffers and general media staff. The whole point of Operation Faithful Patriot, as it has been dubbed, is for it to be broadcast.

There are no ground combat units. They won’t be manning border checkpoints. They won’t be arresting anyone. By most accounts, the active-duty troops who have been sent to the border are pretty bored. A Wall Street Journal report noted that soldiers dressed in civilian clothes at a McAllen, Texas, hotel bar joked about needing to find things for the troops to do. “You’re talking about taking people who have been deployed over and over again, to Iraq, Afghanistan, Africa … and asking them to spend the holidays away from their families unnecessarily,” Center for Strategic and International Studies defense budget analysis director Todd Harrison told BuzzFeed News. “It’s miserable on a human standpoint, knowing your orders are silly to begin with.”

Though Trump waxed last week about how he’s instructed the troops to treat potential rock-throwing migrants as if they were using rifles, those deployed won’t even be coming into contact with migrants. Joint Chiefs of Staff Chairman Gen. Joseph Dunford said on Monday that “there is no plan for U.S. military forces to be involved in the actual mission of denying people entry to the United States.” There’s no need, anyway. According to CNBC, a Pentagon risk assessment found that the caravan poses no real threat to the United States.

In other words and as its name would suggest, Operation Faithful Patriot is nothing more than a $220 million publicity stunt. As such, the Department of Defense has already posted 420 photos and videos of the deployment, including plenty of the beautiful razor wire that has now come to symbolize America’s approach to immigration, human rights and the welfare of anyone other than the wealthy white men the Republican party has tasked itself with protecting. The president couldn’t be prouder. 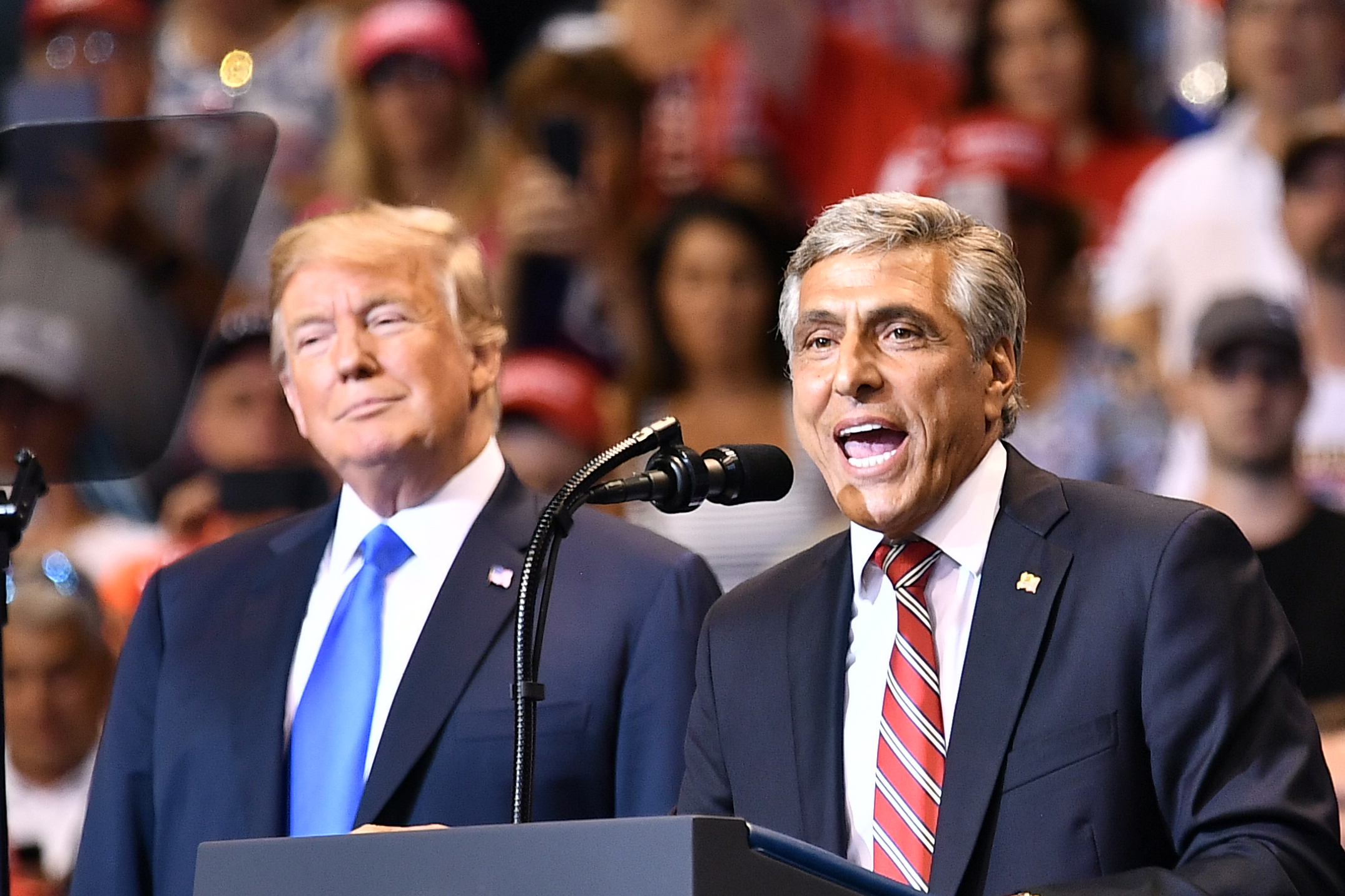 Trump’s New Ad Is Too Racist for Fox News