President Trump's investment in North Carolina's Lumbee community appears to have paid off big time after Robeson County, which is roughly 40% Native American, had the biggest pro-Trump shift from 2016 to 2020 of any North Carolina county, a political science expert told Fox News.

Robeson County voters chose Trump (59%) over Democratic nominee Joe Biden (41%) after Trump held a rally there on Oct. 24, according to preliminary data on the N.C. State Board of Elections website. North Carolina still has up to 113,000 mail-in ballots and 40,000 provisional ballots to count.

NORTH CAROLINA ELECTIONS RESULTS TO TAKE ANOTHER WEEK TO BE FINALIZED

"Trump’s percentage of the vote increased by 7.75 percentage points in Robeson County from 2016 to 2020, the largest increase in the state," Chris Cooper, professor of political science and public affairs at Western Carolina University, told Fox News. "North Carolina was very much up for grabs, and Trump paid a lot of attention to the state. … He knew that there was no path to the White House for Trump that didn’t go through North Carolina." 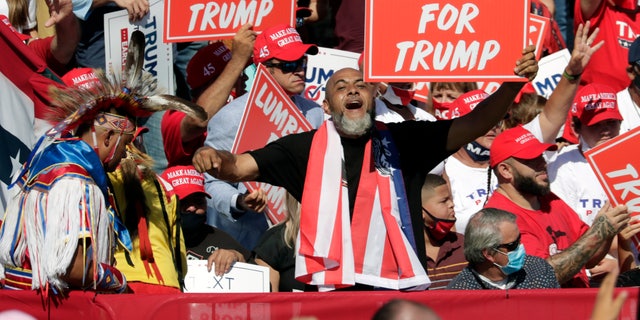 Both Trump and Biden expressed support for full federal recognition for the Lumbee Tribe, but Trump leaned into the issue with his Oct. 24 visit.

"That is clearly an issue that played well in Robeson County," Cooper said. "It is an interesting example of a president playing to a very local issue. I think that was critical. … Usually, when presidential candidates come into town, they talk about big sweeping policies. They don’t normally talk about policies so specific to a place."

REPUBLICAN MARK ROBINSON ON HISTORIC LIEUTENANT GOVERNOR WIN: 'THIS PARTY IS OPEN TO EVERYBODY'

The tribe, based in Robeson County and with 55,000 members primarily in southeastern North Carolina, received limited recognition from the federal government in the 1950s, The Fayetteville Observer reported.

“It’s not 100% it’s going to happen — a lot of things can happen between now and the end of the year — but it’s just another big step,” Godwin said. The Senate measure also would allow the tribe to open a casino in Robeson County. Godwin said a casino wouldn’t happen unless tribe members back one in a referendum. 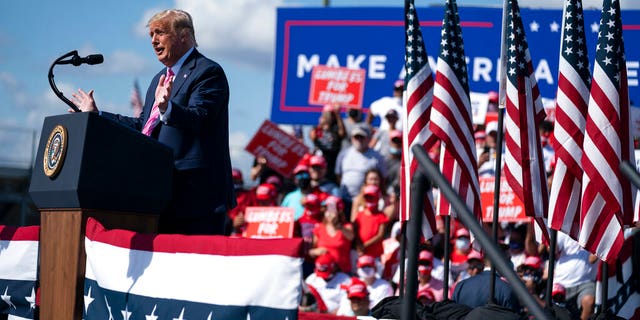 Voters in Robeson County, which used to be reliably Democrat, have backed Republican candidates more in recent years. Some Lumbee citizens penned an op-ed endorsing Biden when Trump traveled to Robeson County.

"Vice President Joe Biden truly supports full federal recognition of the Lumbee people," they wrote. "He did so as a Senator in 1992 and in the first months of the Obama-Biden Administration in 2009, and he stands with us still today. Nearly a month before President Trump, Joe Biden took action to reaffirm his longstanding support of the Lumbee tribe’s push for federal recognition. And unlike Donald Trump, Joe Biden is a man of his word."

Ironically, Trump's appeal to Lumbee citizens may turn off members of the Cherokee community in western North Carolina.

"There is political tension," Cooper said. "The Native American voting bloc is not a monolith. You need to know more than just, 'This group identifies as Native American.'"

Eastern Band Principal Chief Richard Sneed said Thursday that for generations the Lumbees have failed to meet the cultural and linguistic standards to obtain recognition.

“Tis the season when politicians of all stripes make desperate promises to get votes, but the pandering has reached new levels with the embrace of legislation to extend federal recognition to the Lumbee in North Carolina,” Sneed said in a news release.

Fox News' inquiries to the Biden campaign and the Lumbee Tribe were not returned.