Home » Politics » Trump: Ex-lawyer McGahn 'may have been confused' in Russia probe

Trump: Ex-lawyer McGahn 'may have been confused' in Russia probe 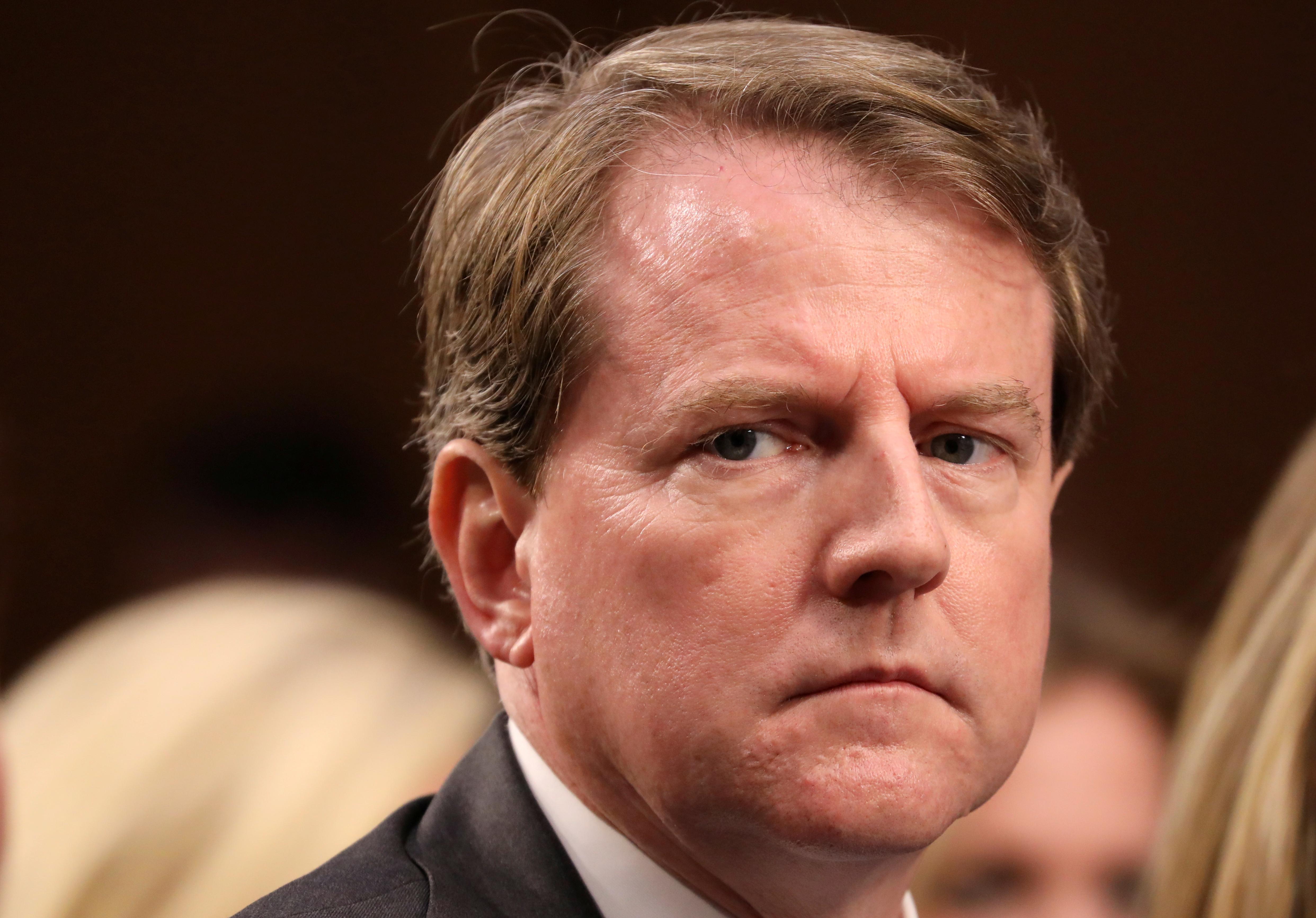 Trump, in comments to ABC News, rejected the account of McGahn, a key witness in Mueller’s investigation into alleged Russian interference in the 2016 presidential election and possible obstruction of justice by Trump or his associates.

Asked why McGahn would lie to U.S. investigators — a federal crime — Trump said: “He wanted to make himself look like a good lawyer.”

“I don’t care what he says. It doesn’t matter,” the Republican president added.

Trump’s comments could further encourage Democratic U.S. lawmakers, who have subpoenaed McGahn here to appear before Congress, to push for his testimony.

McGahn has refused to comply with the subpoena at Trump’s directihere, prompting Democrats in the House of Representatives to pursue legal steps.

McGahn cooperated with Mueller’s team during its two-year probe, telling investigators that Trump had called him several times in June 2017, urging him to direct the Justice Department to remove Mueller because of conflicts of interest. He did not carry out that order or a later one to dispute news reports about the incidents, according to the special counsel’s report.

Mueller’s findings, released in a redacted two-volume report here in April, showed Moscow had meddled in the 2016 U.S. presidential election and that Trump’s election campaign had multiple contacts with Russian officials. But it said there was insufficient evidence to establish a criminal conspiracy between the campaign and Moscow.

It also outlined 10 instances in which Trump tried to interfere with Mueller’s investigation, but Mueller declined to make a judgment on whether that amounted to obstruction of justice.

Trump has previously denied that he sought to oust Mueller, who has said he was leaving the department now that his work is concluded.

Trump, who provided written answers on some topics to Mueller’s investigators but never sat down for an interview, also defended that decision.

“They were looking to get us for lies or slight misstatements,” Trump said. “It was very unfair.”