WASHINGTON (Reuters) – President Donald Trump said on Friday he would not fire White House adviser Kellyanne Conway, a day after a federal watchdog accused her of breaking U.S. law by making political statements in her official role and called for her ouster. 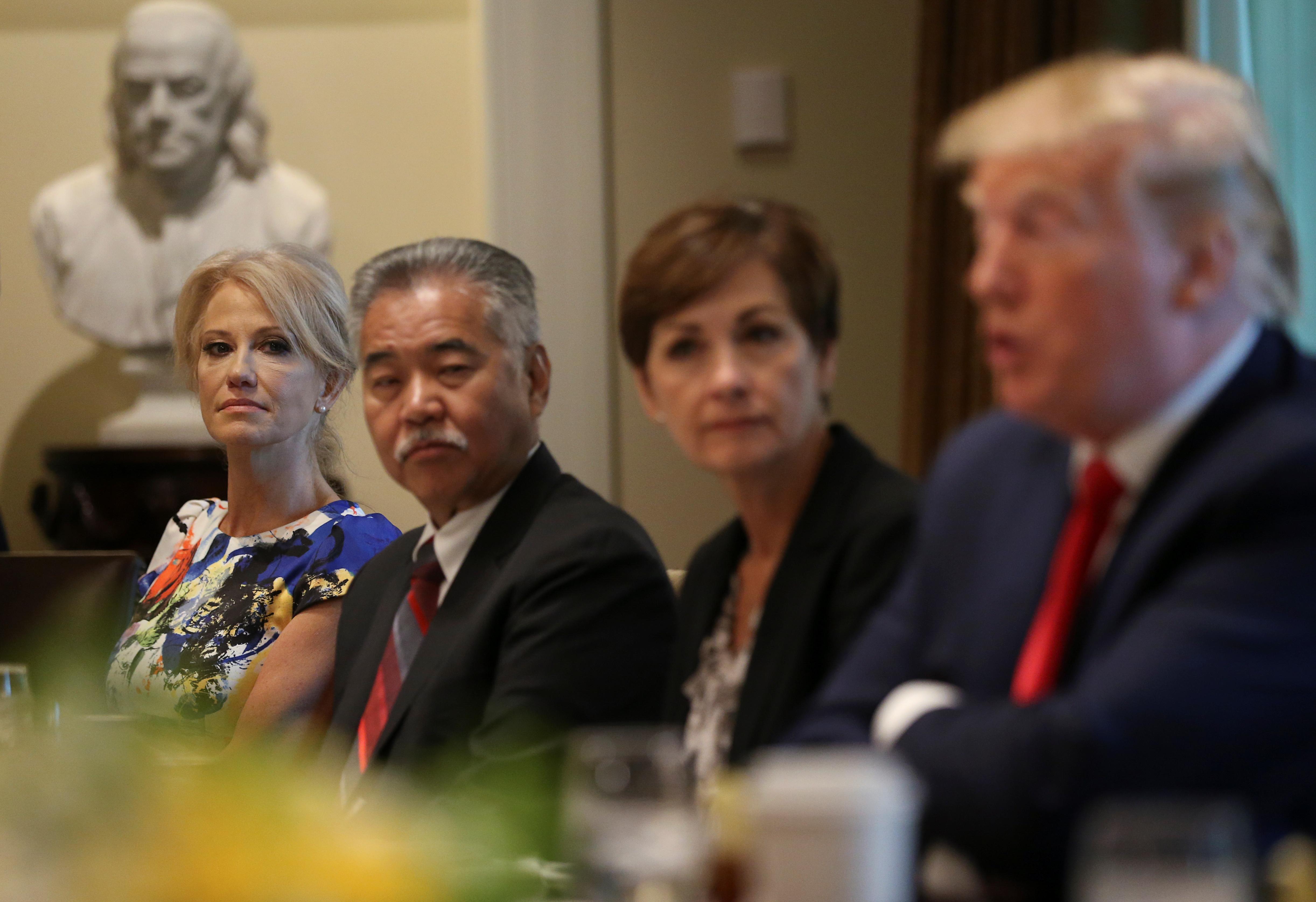 “No, I’m not going to fire her. I think she’s a terrific person … She’s been loyal,” Trump told Fox News.

Conway, 52, is a former political pollster and consultant who became Trump’s campaign manager in 2016. She was the first woman to have managed a winning U.S. presidential campaign.

Now serving as counselor to the president at the White House, Conway regularly defends Trump and attacks his rivals online and in television interviews, often on the White House grounds.

On Thursday, the U.S. Office of Special Counsel (OSC) cited Conway’s television comments and social media posts as violations of the Hatch Act. The 1939 law bars executive branch employees from engaging in some political activities.

The OSC, which is not connected to the office of former Special Counsel Robert Mueller, is headed by Trump appointee, Henry Kerner, and is an independent agency that polices federal workers. One of its main missions is enforcing the Hatch Act.

It said in a statement: “Kellyanne Conway violated the Hatch Act on numerous occasions by disparaging Democratic presidential candidates while speaking in her official capacity during television interviews and on social media.”

Trump, who is running for reelection in 2020, stopped short of telling Fox whether he would advise Conway to refrain from further political statements in her White House capacity.

“She’s got to have the right of responding to questions. It really sounds to me like a free speech thing,” the Republican president told the conservative news outlet.

“If she wants to go and shill for her favorite candidate … in her personal capacity on her own front lawn, she’s free to do so,” Painter said. “But in an official interview on White House property, she doesn’t have the right to do that.”

The OSC called Conway a “repeat offender,” who “has shown disregard for the law.” The agency can make recommendations for dismissal, but it does not have the power to enforce them.

The White House rejected the OSC recommendation and demanded its withdrawal, according to a letter released on Thursday.

In one of the more unusual dynamics in Trump’s Washington, Conway is married to lawyer George Conway, who regularly criticizes Trump. On Wednesday, George Conway published a Washington Post opinion piece that was highly critical of Trump.

U.S. attorney general will not recuse himself from Mueller probe