Home » Politics » The Trump Baby Blimp Is Coming To America

The Trump Baby Blimp Is Coming To America

The Trump Baby blimp, which hovered over protests in London while President Donald Trump made his first official visit to the United Kingdom, is coming to America.

The unflattering depiction of Trump, with an orange complexion, snarling expression and tiny hands, caught the attention of people around the world, including an activist in New Jersey who decided the helium balloon needed to visit his state.

So the activist, Didier Jimenez-Castro of Hillsborough, New Jersey, got together with some other local organizers to create a GoFundMe page to raise money for a Trump Baby blimp, the Bridgewater Courier News says.

“We agreed we need to bring Baby Trump to Bedminster,” the fundraising page says, referring to the location of the Trump National Golf Club, where the president and his family often spend weekends in the summer. A grassroots group called the People’s Motorcade holds protests on one of the roads leading to the club on Saturdays in the spring and summer.

Jimenez-Castro set a fundraising goal of $4,500. “Within 22 hours, we reached our goal,” he told the Courier News. “I contacted the manufacturer again and we will have our balloon by mid-August.”

The London blimp was also the result of a crowdfunding campaign.

“Donald Trump is a big, angry baby with a fragile ego and tiny hands,” the blimp’s fundraising page reads. “We want to make sure he knows that all of Britain is looking down on him and laughing at him.” 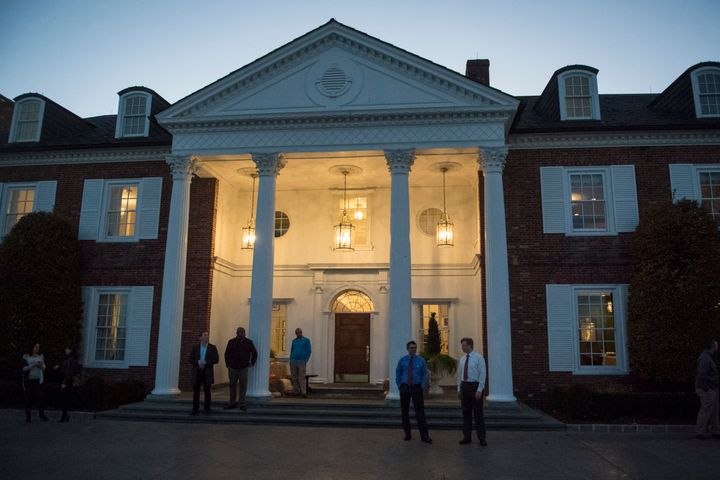