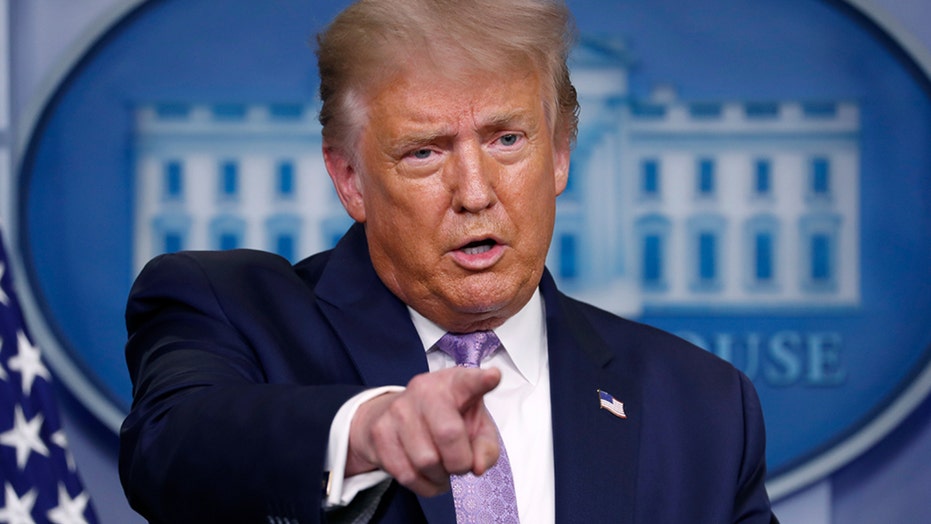 President Trump on Sunday granted an emergency authorization for the usage of convalescent plasma to treat coronavirus patients, a treatment he dubbed a “major breakthrough."

Speaking to reporters from the White House Sunday, Trump said the FDA has "issued an emergency use authorization … for a treatment known as convalescent plasma."

"This is a powerful therapy that transfuses very very strong antibodies from the blood of recovered patients to help treat patients battling a current infection," Trump said, adding that the authorization will "expand access to this treatment. 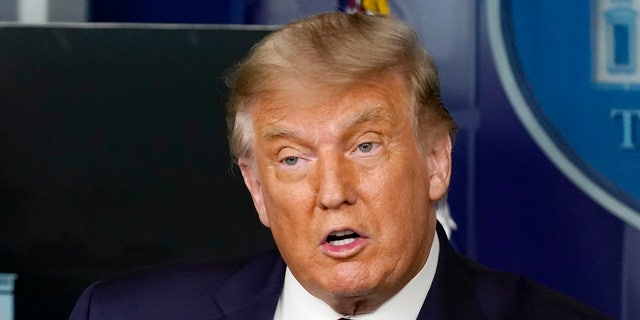 President Donald Trump speaks during a media briefing in the James Brady Briefing Room of the White House, Sunday, Aug. 23, 2020, in Washington.
(AP)

Trump’s announcement Sunday follows White House officials suggesting last week that there were politically motivated delays by the Food and Drug Administration in approving a vaccine and therapeutics for the coronavirus.

The treatment takes convalescent plasma from patients who have recovered from the coronavirus and is rich in antibodies. Though it may provide benefits to those fighting the virus, the evidence has been inconclusive as to how it works or how best to administer it.

The White House has been growing agitated with the pace of the plasma approval. White House chief of staff Mark Meadows did not deal in specifics but said "we've looked at a number of people that are not being as diligent as they should be in terms of getting to the bottom of it."

"This president is about cutting red tape," said Meadows in an interview on ABC's "This Week." "He had to make sure that they felt the heat. If they don't see the light, they need to feel the heat because the American people are suffering."

Sunday’s push came a day after Trump tweeted sharp criticism on the process to treat the virus, which has killed more than 175,000 Americans and imperiled his reelection chances.

The White House has sunk vast resources into an expedited process to develop a vaccine and Trump aides have been banking on it being an "October surprise" that could help the president make up ground in the polls.

"The deep state, or whoever, over at the FDA is making it very difficult for drug companies to get people in order to test the vaccines and therapeutics," Trump tweeted. "Obviously, they are hoping to delay the answer until after November 3rd. Must focus on speed, and saving lives!"

More than 64,000 patients in the U.S. have been given convalescent plasma, a century-old approach to fend off flu and measles before vaccines. It's a go-to tactic when new diseases come along, and history suggests it works against some, but not all, infections.

There's no solid evidence yet that it fights the coronavirus and, if so, how best to use it.

"I firmly reject the idea they would slow-walk anything or accelerate anything based on any political consideration or any consideration other than what is best for the public health and a real sense of mission to patients," Gottlieb said.

Hundreds of drugs are currently being developed as possible treatments against the coronavirus infection, taking a range of approaches.