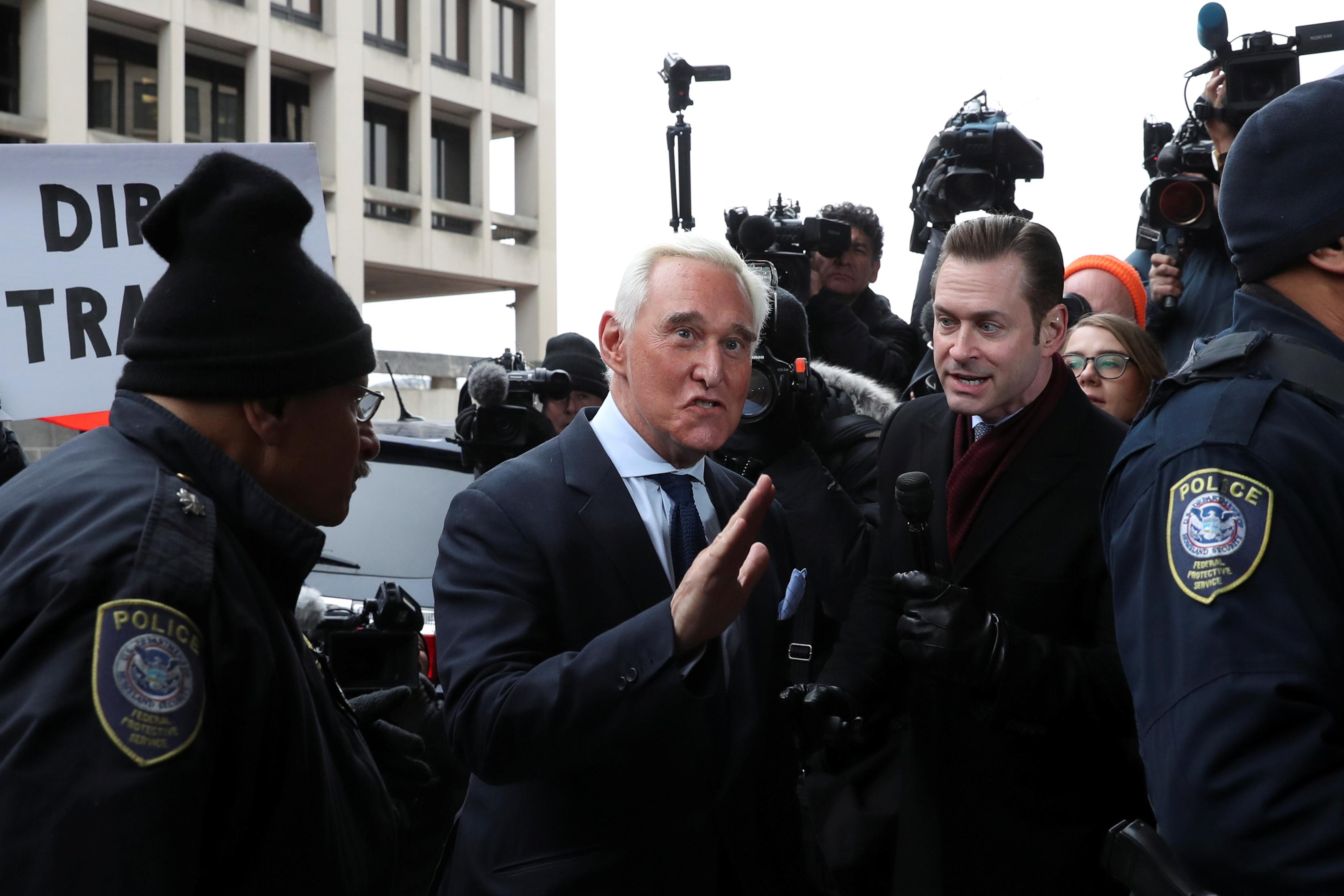 U.S. prosecutors have charged Stone with making false statements to Congress, obstruction of an official proceeding and witness tampering.