“The law represents a once in a generation investment in infrastructure and in jobs,” Buttigieg touted at a news conference, as he stood in front of New Hampshire’s all Democratic congressional delegation with the picturesque rapids of the Merrimack River as a backdrop.

The infrastructure measure, which includes more than $500 billion in new spending for “core” infrastructure projects such as transportation, broadband internet and electric utilities over the next eight years, grabbed bipartisan support in passing the Senate over the summer and the House early last month.

Buttigieg, a former South Bend, Indiana, mayor and 2020 Democratic presidential candidate, has been crisscrossing the country the past couple of months, promoting the infrastructure deal. He’s made 14 trips so far this year to spotlight the package, with his team telling Fox News many more trips are planned in the new year.

While the transportation secretary’s New Hampshire visit was an official trip, it could give a political bounce to Sen. Maggie Hassan and Rep. Chris Pappas (NH-01), who both potentially face challenging reelections in the 2022 midterms, when their party aims to protect its razor-thin majorities in the House of Representatives and Senate amid a difficult political climate.

“I believe that good policy is good politics,” Buttigieg told Fox News. “I believe that at the end of the day, the whole point of campaigning and elections is that is if you win them, you get to govern.”

And he emphasized that “we feel the responsibility and the opportunity of delivering for people who’ve been asking about and talking about infrastructure for decades. We actually have a chance to get it done. And I know that that’s part of what it means to make good on the expectations of those who elected us.”

Public opinion polls indicate that the infrastructure law is popular with most Americans. Two-thirds of those questioned in a Monmouth University national poll conducted Dec. 2-6 said they supported the law, with 31% opposed.

There was a predictable partisan divide: More than nine in ten Democrats and two-thirds of independents gave the package a thumbs up, with just over two-thirds of Republicans opposed.

But the law’s overall popularity in the Monmouth poll and other recent surveys doesn’t appear to be giving the president or his party any bounce, as Biden’s overall approval rating remains underwater.

Buttigieg isn’t the first high profile member of the Biden administration to parachute into New Hampshire to spotlight the bill.

The president made New Hampshire his first stop in showcasing the package on the day after he signed the bill into law. Biden visited a bridge which for the past eight years has been on state’s “red list” of bridges in poor condition.

New Hampshire’s congressional delegation joined the president at the event last month, and teamed up with Buttigieg on Monday, where the transportation secretary highlighted a $25 million transportation grant to the city of Manchester. 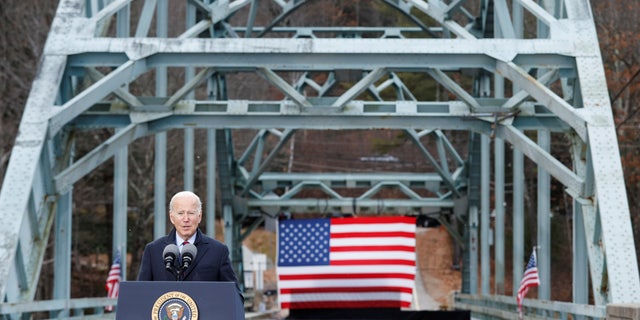 Hassan, a former governor who’s running next year for a second term in the Senate, told Fox News that her “focus continues to be on listening to the people of New Hampshire and delivering on the priorities that they talk to me about.”

For Hassan, who’s a top target for Republicans as they try to regain the Senate majority, the infrastructure bill will likely be a major selling point on the campaign trail. The senator, who’s been touting her ability to cross the aisle to get things done as she runs for reelection, was part of a bipartisan group of lawmakers who worked on the bill.

“We passed a bipartisan infrastructure deal that will finally fix our broken roads, clean up our drinking water, and tackle the existential threat of climate change, and ensure that every community in our state has high-speed internet,” she stressed at a speech Saturday at a major New Hampshire Democratic Party fundraising gala. “After years of inaction from Washington, we are finally showing Americans that our democracy works.” 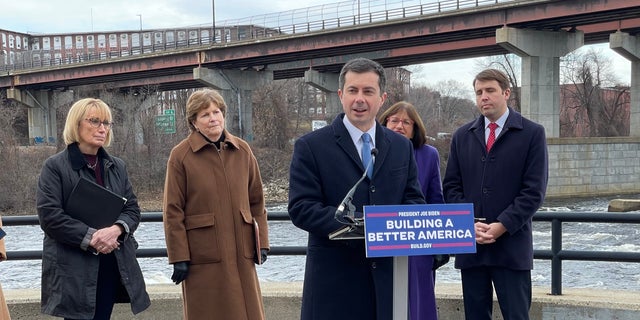 Pappas is also being targeted by the GOP as he seeks a third term in Congress.

He told Fox News that the infrastructure law is “clearly not about the next election or politics. This is about delivering on the promises that we’ve all made and the assurance that our communities need that we can come together and solve problems.”

But expect Pappas, who sits on the House Transportation Committee, to spotlight the benefits of the package as he runs for reelection in 2022.

And some of the $10 billion the law will spend nationwide to clean up contaminated drinking water will be headed to the Granite State, where the issue is a top concern.

But Republicans counter that New Hampshire isn’t getting its fair share of the infrastructure pot.

“New Hampshire ranks DEAD LAST in infrastructure funding, getting even less than its much smaller neighbor, Vermont!” the National Republican Senatorial Committee stressed in an email on Monday.

And Andrew Mahaleris, the Republican National Committee spokesperson in New Hampshire and Maine, argued that Granite Staters “will reject Biden’s failed record at the ballot box next year.”