The group of MPs were blocked from forcing a vote on reversing cuts to the overseas development budget, but are expected to be given an emergency debate today. Former International Development Secretary Andrew Mitchell, behind the attempted revolt, said the Government would have lost by up to 20 votes had his proposal been allowed. He was backed by at least 30 Tory MPs, including former Prime Minister Theresa May and ex-Cabinet minister David Davis. But other Tories urged the government to “stand its ground” in the row, saying Britain was still one of the world’s most generous aid spenders.

MP Andrew Bridgen said the rebels were at odds with the public over their bid to push up aid spending while the country battles the pandemic.

He said: “It’s clear this is not the end of it for the rebels.

“If you look at the composition of the rebels it’s not really a rebellion, it’s an unholy alliance of the demoted, demented and dangerous.

“They are completely out of touch with mainstream public opinion.

“There’s so much we are doing for the world because of the Covid crisis, with the AstraZeneca vaccine at cost.

“We’ll be giving away hundreds of millions of vaccine doses that we have got surplus and £558million we have given to the Covax fund [for countries] that don’t have access to vaccines.”

Mr Bridgen said the Government should focus on “trade, not aid” by striking deals with developing countries to sell to the UK tariff-free. 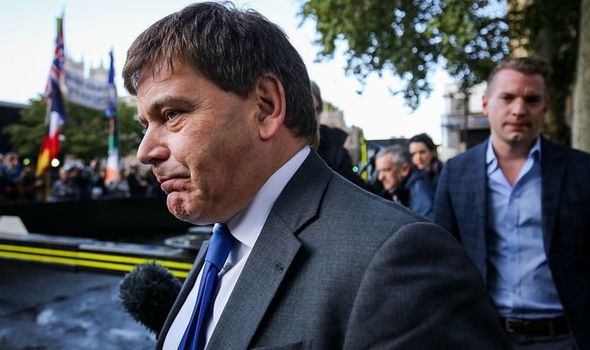 Commons Speaker Sir Lindsay Hoyle ruled yesterday’s attempt to change legislation to force the Government to spend 0.7 percent of national income on aid was out of order. But he criticised ministers for not giving the Commons a vote on the decision to suspend the legal target.

The Government cut spending to 0.5 percent temporarily when the pandemic struck, saving around £4billion.

Tory MP Tom Hunt said: “We are still very much a generous country when it comes to giving to the most needy across the world.

“When you have got so many pressing challenges within the country when it comes to funding, I want to see that £4billion spent in our schools, in our hospitals and supporting jobs and the economy.”

Aid rebels are trying to heap pressure on Boris Johnson to act as G7 leaders meet in Cornwall this week.

Mr Mitchell accused the Government of “treating the House of Commons with disrespect”.

He said: “They are avoiding a vote on the commitments that each of us made individually and collectively at the last general election, on a promise made internationally.

“In the opinion of some of Britain’s leading lawyers, the Government is acting unlawfully.”