The Democratic leader of the Kansas House of Representatives called on Rep. Aaron Coleman to step down after his colleague’s arrest Saturday for allegedly driving under the influence.

Tom Sawyer, the Democratic minority leader, said in a statement that it is clear that Coleman is in “dire need of help.”

“For the sake of the state of Kansas, his constituents, and himself, he should resign and concentrate on getting the help he badly needs,” the statement read. “The stress of the legislature is not a healthy environment for someone in this mental state.”

Fox 4 KC reported that Coleman has served in the statehouse for a year. He was nabbed on Saturday at about 1 a.m. on Interstate 70, the Kansas City Star reported. The 21-year-old had been out on bond from an arrest in October on allegations of misdemeanor battery. He allegedly threatened to attack his grandfather and is accused of hitting and spitting on his brother, the paper reported. 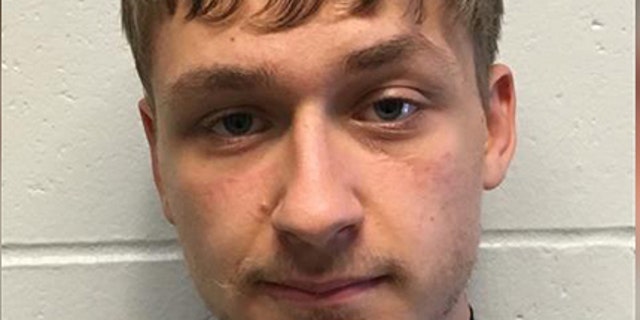 Rep. Aaron Coleman has represented Kansas’ 37th District in the state House of Representatives for a year, Fox 4 KC reported.

The paper pointed out that Gov. Laura Kelly, the Democrat, also called on his resignation and said state lawmakers should act if he does not leave on his own. She called the most recent arrest “further evidence that he is not fit to serve.”

Coleman did not immediately respond to an after-hours email from Fox News.