BIARRITZ, France (AP) — A top Iranian official paid an unannounced visit Sunday to the G-7 summit and headed straight to the building where leaders of the world’s major democracies have been debating how to handle the country’s nuclear ambitions.

The surprise arrival of Iranian Foreign Minister Mohammad Javad Zarif came just two days after his meeting with France’s president, who is the host of the Group of Seven gathering in Biarritz.

Zarif’s plane left Tehran on Sunday morning and touched down a few hours later at the Biarritz airport, which has been closed since Friday to all incoming traffic unrelated to the official G-7 delegations. 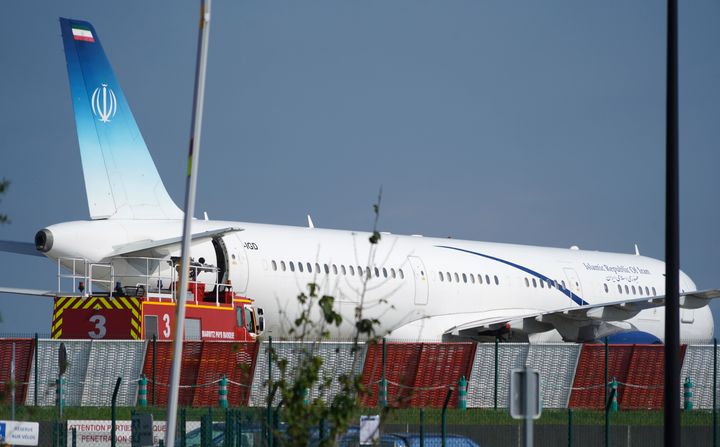 The Iranian foreign ministry spokesman, Abbas Mousavi, said Zarif flew to Biarritz at the invitation of the French foreign minister. Mousavi said on Twitter that there would be no meetings or negotiations with American officials during Zarif’s trip.

Zarif, who faces U.S. sanctions, had been scheduled to go to Asia as part of a tour to seek support for Iran amid the American campaign against it since President Donald Trump withdrew the U.S. from Tehran’s 2015 nuclear deal.

He arrived as fissures emerged among G-7 leaders over how to deal with Iran, as well as the threat of a global recession and China. 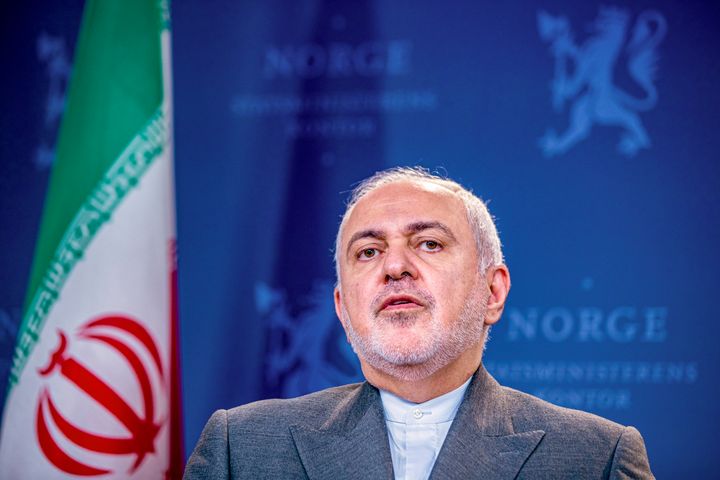 Macron said the leaders agreed during a dinner the night before that the French president could serve as a G-7 messenger to Iran. Trump denied agreeing to anything, and Macron was forced to play down his role and acknowledge Trump’s status as “the president of the world’s number one power.”

The French official also said that based on Saturday night’s dinner, France considers it important to check in with Zarif to continue to bring positions closer together and ease tensions. The official said the French are not “mediators” but think they can contribute to de-escalation.

Asked whether the White House was aware of Zarif’s visit, the French official said, “We operate on our own terms” but noted that Macron and Trump met for two hours Saturday and discussed Iran at length, as well as at the group dinner.

Macron said he has no formal mandate to speak for the G-7 leaders in delivering a message to Iran, but that he would be able to address the issue in the context of what they agreed to during a dinner. 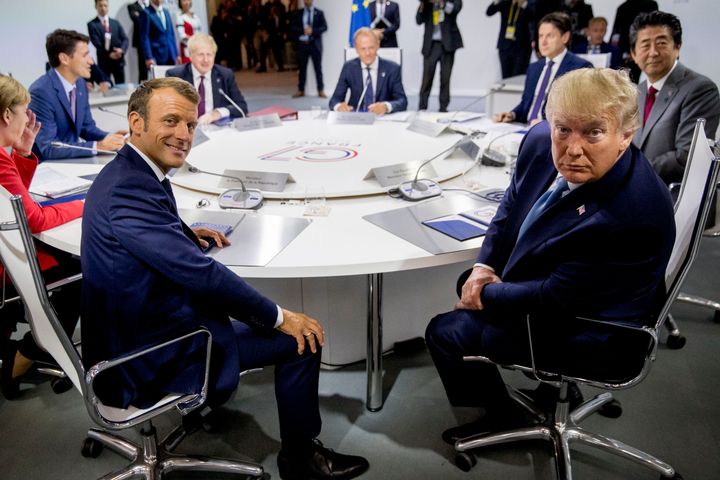 For several months, Macron has taken a lead role in trying to save the 2015 nuclear accord, which has been unraveling since Trump pulled the U.S. out of the agreement. His office said the G-7 leaders agreed he should serve as a go-between with Iran.

“I haven’t discussed that,” Trump said Sunday morning. He described the dinner as “very, very good” and blamed the media for anything that implied otherwise.

But it seemed from other accounts that the previous night’s dinner had been tense, with a clear divide between him and the rest of the G-7.

The G-7 leaders regrouped Sunday to focus on what they can do to boost growth at a time of heightened uncertainty. Manufacturers around the world are smarting from the trade dispute between the U.S. and China, which has led to new import taxes on hundreds of billions of dollars-worth of goods. Businesses don’t know where tariffs will be imposed next.

The White House had said putting the economy on the agenda was Trump’s idea, but the G-7 has for over four decades always included a focus on the economy. It was founded as a response to the Arab oil embargo in the 1970s and the recession that followed.

The backdrop is particularly worrying this year, with the U.S. economy slowing and Germany and Italy close to recession.

Meanwhile, Britain is due to leave the EU in October and there is no agreement on how it should happen, raising the possibility of a disorderly exit that could wreak havoc for business in Europe.

Johnson said Britain and Europe needed to prepare for that, saying the prospect of a Brexit deal was “touch and go.”

The G-7 summit includes the heads of Britain, France, Germany, Japan, Canada and Italy as well as a representative of the 28-country EU.

In the nearby town of Bayonne, protesters demanded Macron do more to protect French workers and the planet.

A mix of activists, some wearing yellow vests, carried portraits of the French president as they marched Sunday in solidarity with environmental activists who removed official portraits of Macron from town halls around France earlier this year to protest his climate change policies.

Internationally, Macron is a vocal champion of fighting climate change, and has challenged Trump on the issue. At home in France, however, activists accuse him of lagging on promises to wean France from fossil fuels.

Associated Press writers Nasser Karimi in Tehran, Iran, and Zeke Miller and David McHugh in Biarritz contributed to this report.

Trump Moves To Extricate Himself From Stormy Daniels Deal, Lawsuit