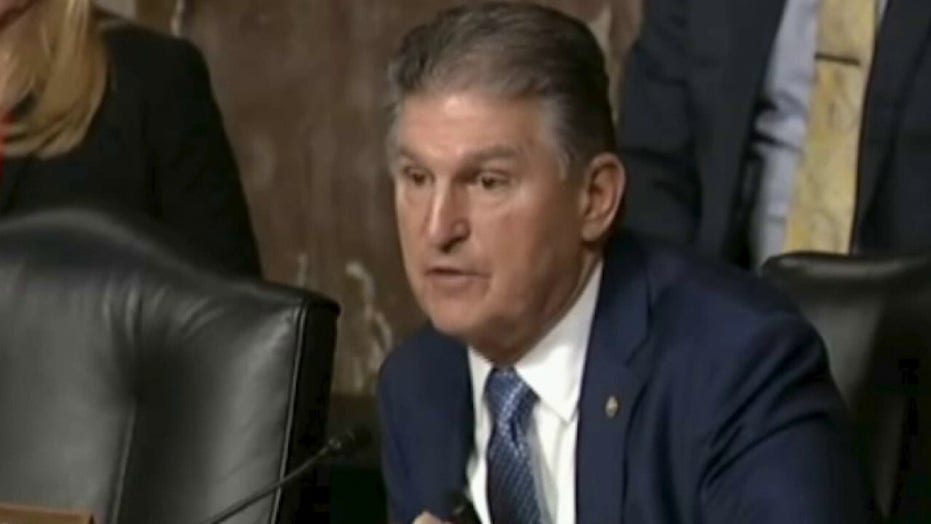 Will not vote to weaken filibuster: Sen. Manchin

EXCLUSIVE – In his campaign to protect the Senate’s filibuster, Tim Phillips says with the country so closely divided, now’s not the time “to jam though” a partisan agenda.

Phillips, the president of the influential conservative advocacy organization Americans for Prosperity (AFP), is currently crisscrossing the country,  as part of his group’s “Save the Filibuster, Save America” campaign to put pressure on moderate Democratic senators to oppose their party’s push to scrap the legislative filibuster, which requires a 60 vote super majority to pass most bills in the 100 member Senate.

“It’s a good thing for the country. The Senate is meant to be a cooling saucer,” Phillips emphasized in an exclusive interview with Fox News Thursday evening in Salem, New Hampshire.

AFP, which was co-founded by Republican mega-donor Charles Koch, is putting pressure on Democratic Sens. Kyrsten Sinema and Mark Kelly of Arizona, Jon Tester of Montana, Catherine Cortez Masto of Nevada, Joe Manchin of West Virginia, and Maggie Hassan of New Hampshire, with Phillips traveling to the senators home states to hold grassroots events. AFP has also launched in recent weeks a six-figure social media and radio ad campaign to put more pressure on the Democratic senators. Sen Chris Coons of Delaware is also targeted in the paid media push.

“We’ve got to make sure that Sen. Hassan and the other Democratic senators understand that regardless of what folks on the extreme left are saying, that normal people back in their states don’t want to see this partisanship and the extreme legislation that will happen if they kill the filibuster,” Phillips argued.

And he stressed that “this country is more closely divided than at any time arguably since the post-World War Two era. That’s not the time to jam through this big, extreme agenda. Now’s the time to actually find some common ground. That’s what we’re asking them to do.” 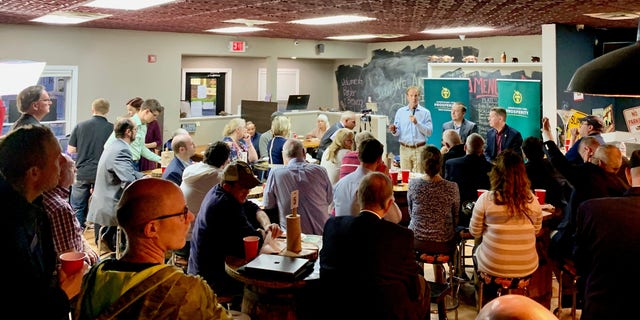 Americans for Prosperity president Tim Phillips speaks to a grassroots crowd at a "Save the Filibuster, Save America" event in Salem, New Hampshire on April 13, 2021

Scrapping the filibuster, a major goal of the progressive wing of the Democratic party, was a frequently debated topic during the 2020 Democratic presidential primaries. With the Senate currently split 50-50 between the two major parties – the Democrats control the chamber due to the tie breaking vote of Vice President Kamala Harris – the filibuster is preventing President Biden and congressional Democrats from passing many of the sweeping measures they want to enact.

The push to scrap the filibuster was reignited after Senate Minority Leader Mitch McConnell, the top Republican in the chamber, said earlier this month that “100% of our focus is on stopping this new administration.”

Responding to McConnell, Sen. Elizabeth Warren of Massachusetts tweeted that “the Constitution doesn’t say anything about it taking a super-majority of 60 senators to pass a bill.”

Warren, a progressive champion who ran for the White House in 2020, emphasized that “it’s time to get rid of the filibuster so Mitch McConnell doesn’t get a veto over the will of the people.”

But Senate Democrats currently don’t have the votes to topple the filibuster, with Manchin and Sinema opposed to scrapping the filibuster.

“We’re thanking him, encouraging him, because he’s been pretty forthright in saying we’re not going in this direction,” Phillips said of Manchin.