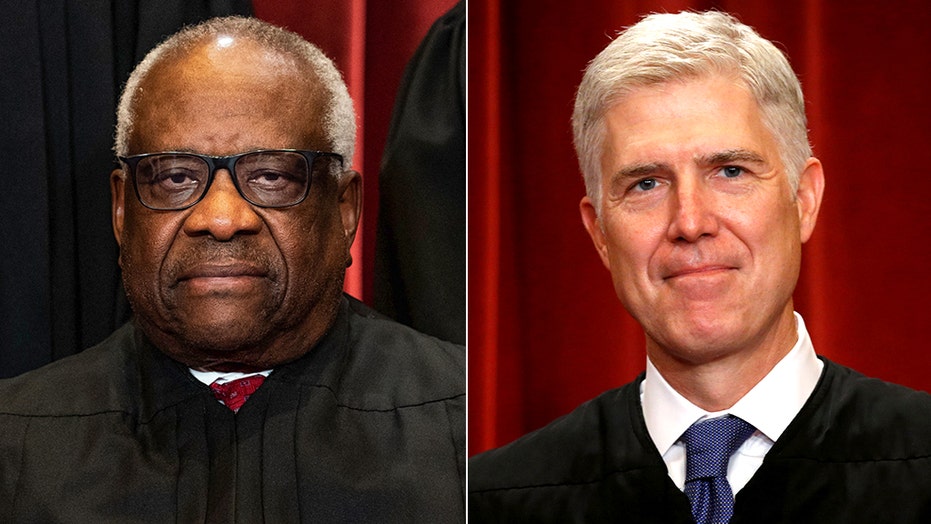 Supreme Court Justices Clarence Thomas and Neil Gorsuch disagreed with the high court’s decision to turn away a case that challenged libel protections for journalists and the media.

Both justices said today’s news media environment played a role in their view the court needed to reassess libel protections.

The court declined to take up an appeal Shkelzën Berisha, the son of a former Albanian prime minister, over his portrayal in the 2015 book “Arms and the Dudes,” which was later turned into the 2016 film ‘War Dogs.’

A lower court ruled in favor of the book’s author Guy Lawson and publisher Simon & Schuster because it determined that Berisha could not prove allegations made about his involvement in an arms-dealing scandal were the product of “actual malice.”

Thomas and Gorsuch argued the court should have taken up the case. Thomas cited the “Pizzagate” conspiracy, which claimed that a D.C. pizzeria concealed a pedophile ring led by Hillary Clinton. “Public figure or private, lies impose real harm,” he said.

“Instead of continuing to insulate those who perpetrate lies from traditional remedies like libel suits, we should give them only the protection the First Amendment requires,” Thomas wrote.

Thomas called for the court to reassess libel standards back in 2019, though Gorsuch offered new support for the cause.

Gorsuch argued that the actual malice standard might have been appropriate when there were fewer yet more reliable news sources, conveyed by outlets “employing legions of investigative reporters, editors, and fact-checkers.”

“Large numbers of newspapers and periodicals have failed,” he wrote. “Network news has lost most of its viewers. With their fall has come the rise of 24-hour cable news and online media platforms that ‘monetize anything that garners clicks.’

“What started in 1964 with a decision to tolerate the occasional falsehood to ensure robust reporting by a comparative handful of print and broadcast outlets,” he wrote, “has evolved into an ironclad subsidy for the publication of falsehoods by means and on a scale previously unimaginable.”

He also said the line between public and private figures was blurred as private citizens can become public figures on social media “overnight.”

“Rules intended to ensure a robust debate over actions taken by high public officials carrying out the public’s business increasingly seem to leave even ordinary Americans without recourse for grievous defamation,” Gorsuch concluded.  “At least as they are applied today, it’s far from obvious whether Sullivan’s rules do more to encourage people of goodwill to engage in democratic self-governance or discourage them from risking even the slightest step toward public life.”