More and more Americans agree that people with drug problems “deserve treatment, not punishment,” that “we can’t incarcerate our way out of the drug problem,” and that it’s a waste of taxpayer resources to keep locking up people whose only offense is possessing drugs for their own use.

But there’s an inertia to the drug war that persists even as the punitive rhetoric fades.  According to the FBI’s latest Uniform Crime Report, released last month, law enforcement agencies in the U.S. made 1.63 million arrests for drug law violations in 2017, an increase of almost 4% over 2016. Over 1.4 million of those arrests — 85% of the total — were simply for drug possession.

That makes it the Number One cause of arrests in the country, followed by driving under the influence (just under a million) and larceny-theft (roughly 950,357).

As a result of these arrests, Human Rights Watch and the ACLU estimated in a report two years ago, “on any given day at least 137,000 men and women are behind bars in the United States for drug possession, some 48,000 of them in state prisons and 89,000 in jails, most of the latter in pretrial detention. Each day, tens of thousands more are convicted, cycle through jails and prisons, and spend extended periods on probation and parole, often burdened with crippling debt from court-imposed fines and fees. Their criminal records lock them out of jobs, housing, education, welfare assistance, voting, and much more, and subject them to discrimination and stigma. The cost to them and to their families and communities, as well as to the taxpayer, is devastating.Those impacted are disproportionately communities of color and the poor.”

Imagine what would happen if drug possession were no longer treated as a crime. People would still be arrested for committing crimes under the influence of drugs, including driving, but police would no longer spend millions of hours, and billions of taxpayer dollars, arresting people in possession of small amounts of drugs for their own use. The 4.5 million people under parole and probation in the country would no longer need to be at risk of losing their freedom simply for failing a drug test. The stigma of problematic drug use would likely persist but not all the devastating consequences of a criminal conviction.

Would drug use increase, perhaps dramatically, if it were legal to possess any drug for one’s own use? That’s a risk if currently illicit drugs are allowed to be sold legally over-the-counter but the best evidence indicates little to no increase if just possession is decriminalized or legalized, or even if currently illicit drugs are made legally available under strictly controlled conditions. 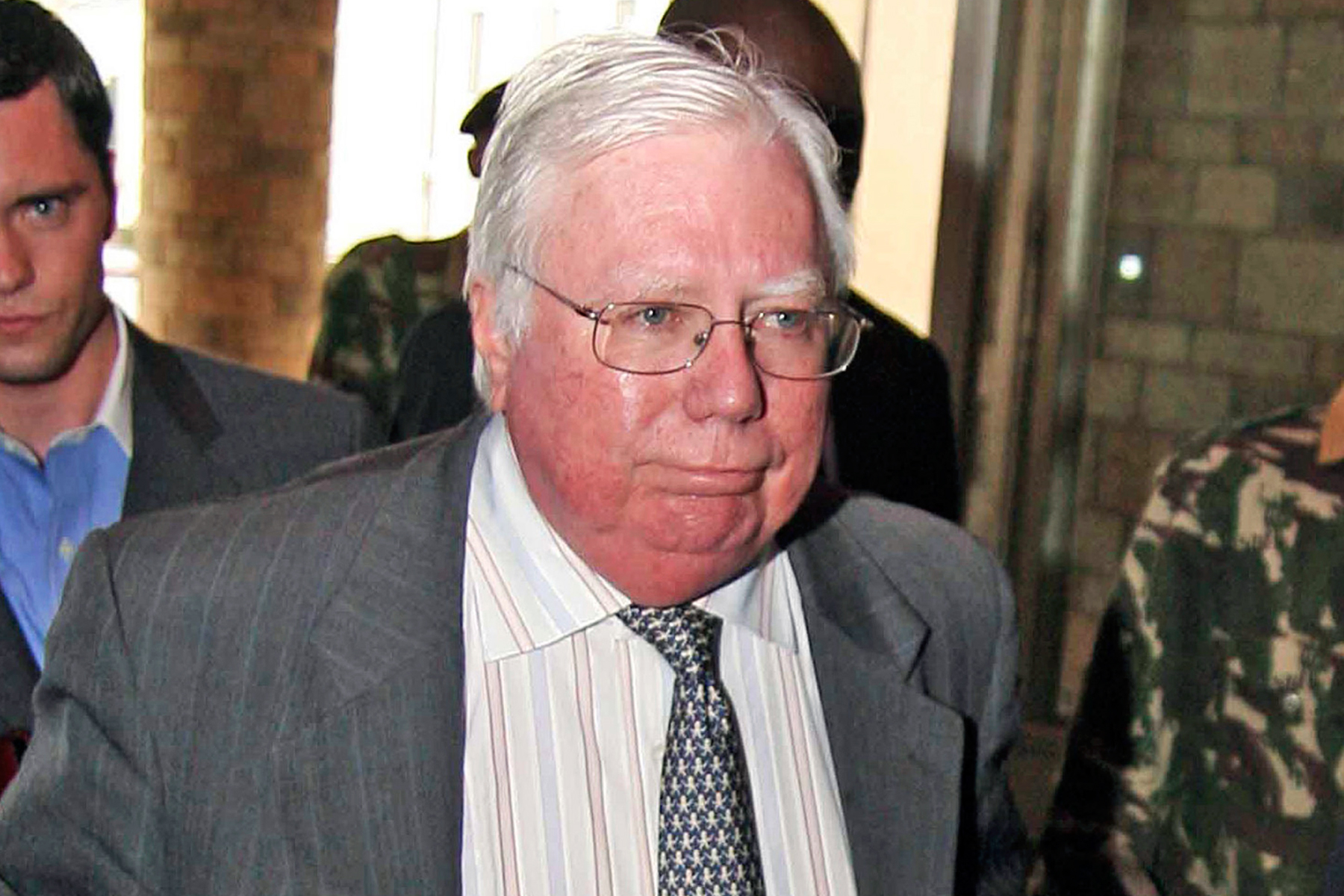 What Comes After the Tear Gas?

Portugal is increasingly well known as the country that opted, in 2001, to decriminalize possession of all drugs. The Portuguese didn’t fully legalize possession but they did make a commitment not to put anyone in jail simply for possessing a drug. Non-problematic consumers are asked if they need help with other aspects of their lives, and basically told to stay out of trouble. Those with real problems, typically involving not just drugs but also physical and mental health, are encouraged in all sorts of ways to get help. And Portuguese police reasonably assume that drug users who commit other sorts of crimes will eventually get caught and punished for those offenses.

The evidence from Portugal is conclusive. According to João Castel-Branco Goulão, director of Portugal’s drug program since its inception, “there was an average of one overdose death a day in Portugal before drugs were decriminalized, and there were 27 in all of 2016. In 1999, there were 1,793 new cases of HIV among drug users reported in Portugal. In 2016, there were 30. In 1999, 9,991 people sought treatment for drugs for the first time. In 2016, that number had dropped to 2,090.  [And …] the total number of people in the country using any illicit drug has dropped from 100,000 to 40,000, and three-fourths of those are connected to treatment.”

Much the same is true of the experience in Switzerland, Germany, The Netherlands, Denmark and Canada with prescribing pharmaceutical heroin and hydromorphone (a.k.a. Dilaudid) to people who have been addicted to street heroin. Drug-related crime and arrests drop, as do overdoses and drug-related diseases, public safety and health improve, and taxpayers save money. Norway and Great Britain may soon follow suit.

Support for decriminalizing drug possession is growing, slowly but surely, not just in western Europe and Canada but even in places like (the former Soviet republic of) Georgia and Ghana. Last year the U.N. and the World Health Organization (WHO), in a statement on ending discrimination in health care settings, called for reconsidering and potentially repealing laws that criminalize drug use and possession. It can’t hurt that the UN Secretary General, António Guterres, was Portugal’s prime minister from 1995 to 2002 — or that another former secretary general, Kofi Annan, was among the distinguished members of the Global Commission on Drug Policythat also endorsed legalizing drug possession.

So what about in the United States? We can take great pride in having pioneered the legalization of marijuana first for medical purposes and now for all adults. But Americans have been relatively slow to appreciate the significant benefits and low risks of decriminalizing possession of other drugs.

The dramatic increase in addiction and overdose fatalities involving first pharmaceutical opioids, then heroin and now fentanyl — and the fact that diverse white communities have been particularly hard hit — has inspired a kinder, gentler approach to drug policy among white lawmakers and law enforcement officials: more support for treatment, less fervor for lock-em-all-up policies, but little boldness in embracing new approaches that have worked elsewhere.

Even today, few elected officials are willing to introduce or support legislation to decriminalize drug possession. And while public support for modest versions of decriminalization now exceeds 50% in some polls, it’s not quite enough as yet for state ballot initiatives to play the pioneering role on this issue that they played with medical marijuana and marijuana legalization as well as reform of sentencing and asset forfeiture laws. (Hopefully one state will break through in 2020.)

There are, to be sure, exceptions. The top prosecutors in two Washington State counties — Snohomish and King — have announced that they will no longer file charges in drug possession cases involving less than 2-3 grams of any substance. In the Suffolk County, Massachusetts, race for district attorney, Rachael Rollins campaigned on a platform of not bringing charges against people for various minor crimes including drug possession and even possession with intent-to-distribute. Police departments in San Francisco and a few other cities in California are issuing citations instead of arresting people for simple possession. And a growing number of law enforcement leaders, including Baltimore State Attorney Marilyn Mosby, balk at endorsing decriminalization but support Law Enforcement Assisted Diversion (LEAD) programs that aim to divert drug possession offenders before they are even booked.

The persistent political resistance to addressing America’s twin epidemics of mass incarceration and deadly drug misuse with solutions that have proven effective elsewhere can be infuriating. It’s not just the idiocy and ill will of the Trump administration in this area as in so many others but the reluctance of even progressive state and local legislators to embrace what’s already working elsewhere. It’s not just the political weakness of those who favor drug treatment over incarceration but the persistent belief among many treatment supporters, and the public, that the only acceptable alternative to drug use, whether problematic or not, is abstinence — and that the criminal justice system is an essential partner in forcing people to abstain. And even as the broader criminal justice reform movement has grown rapidly in recent years, many of its leaders remain beholden to backward ideas about drug misuse and refrain from embracing and prioritizing the legalization of drug possession as a key objective.

This is a battle for hearts and minds — one in which those in leadership positions, both in and out of government, need to muster the courage both to challenge their own thinking and to speak truth to power.